Golf: Oosthuizen up to fourth in world with one-shot Durban win 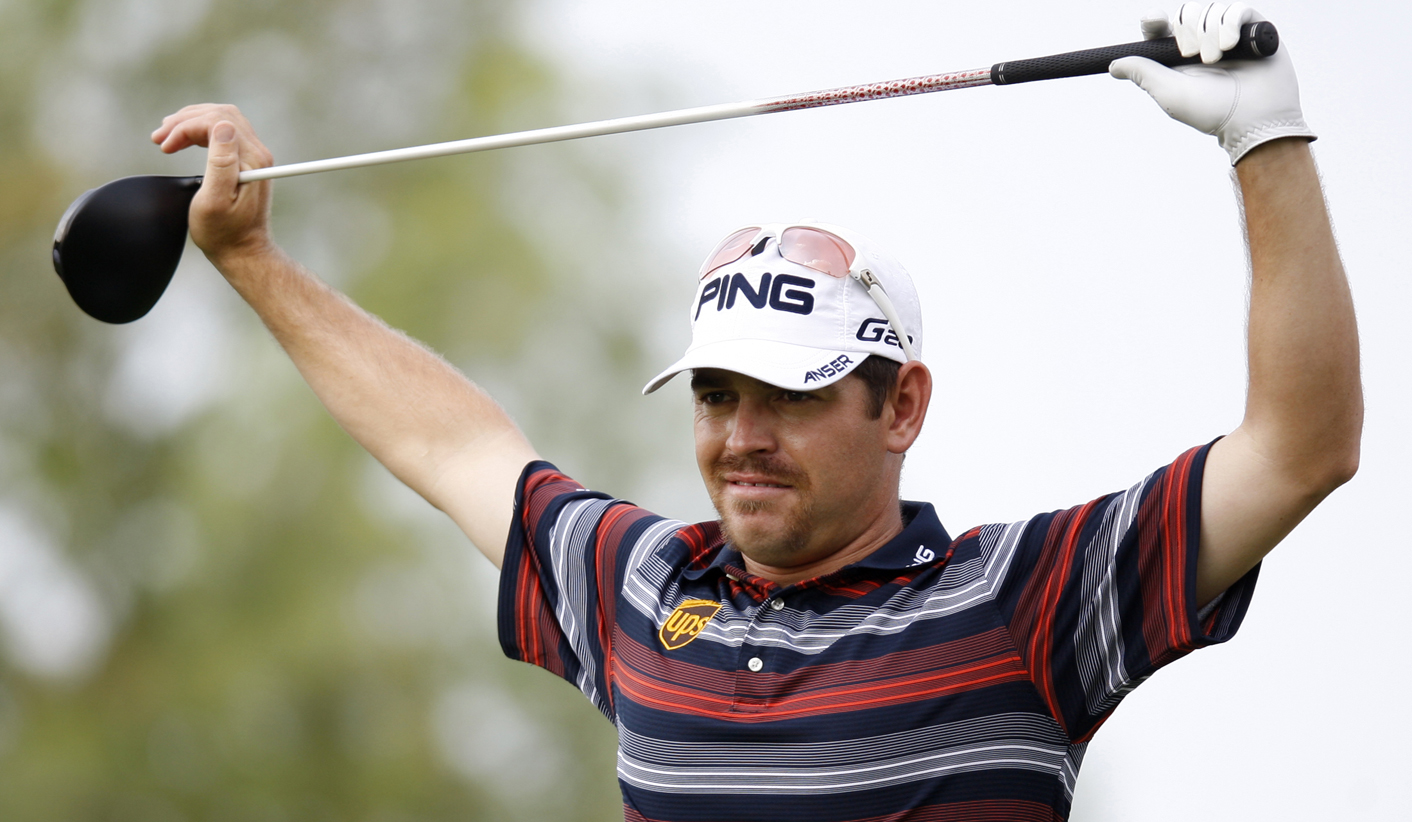 World number six Louis Oosthuizen fired a six-under-par 66 to overhaul third-round leader Scott Jamieson and clinch the Volvo Golf Champions by one shot on Sunday, a victory that will move him to fourth in the rankings. By Michael Todt.

Jamieson had held a five-stroke advantage after 54 holes but seven birdies from the 2010 British Open champion Oosthuizen gave him a sixth European Tour win on 16-under 272 ahead of Briton Jamieson (72), who nearly holed a chip at the 18th to force a playoff.

Oosthuizen, who yesterday surrendered the lead as he struggled to a 74, birdied two of the first three holes to put the pressure on Jamieson.

Further birdies at the sixth and eighth holes rounded off an outward nine of 32 and he had reduced the deficit to one by the turn.

“I played the complete opposite of what I did yesterday,” the 30-year-old, who will move to a career-high fourth place in the rankings released on Monday, told reporters.

“Yesterday I felt really uncomfortable – my swing felt long and unstable. This morning I worked on a few things on the range and put my head down. I knew if I could just put a score up there, or just get close to Scott, that I had a good chance.”

Oosthuizen, who has now recorded a win in the last three seasons in his native South Africa, said his ambition was to climb even higher in the rankings although world number one Rory McIlroy was a little far off.

“Top spot is a tough one. I think Rory (McIlroy) is far ahead, so if I can somehow get myself to number two then I can work on trying to get to number one,” he said.

Scot Jamieson, who won his maiden European Tour title at the inaugural Nelson Mandela Championship in Durban five weeks ago, nearly forced a playoff when his eagle chip at the short par-four 18th finished inches from the cup.

“I almost had a grand-stand finish at the end there,” the world number 100 told Reuters after a frustrating day where he managed just three birdies, a double-bogey on the front nine proving costly.

“I just couldn’t make any birdies after doubling the fifth. That was just a bit of a kick in the teeth. I had a ton of chances and just couldn’t take them.”

Following his playoff triumph in December at the rain-shortened 36-hole event, Jamieson said he found it more difficult this time around with a significant advantage going into the final round.

“It’s a completely different mindset, but you try and make it as similar as possible. But it’s a lot easier to get yourself up for it when you’re trying to chase somebody,” said the 29-year-old.

“If you have a healthy advantage it’s difficult to raise yourself to think that you need to make birdie – because you don’t necessarily do,” added the European Tour Race to Dubai money leader before paying tribute to Oosthuizen.

“Louis is a great player, and a major champion, so there’s no shame in losing to him. I gave it my all – it just wasn’t to be today.”

Four-times major winner Ernie Els finished with a two-under 70 to end on seven-under 281, a shot ahead of fellow South African and twice U.S. Open champion Retief Goosen (70) who was making his comeback after a five-month injury layoff. DM

Photo: Louis Oosthuizen of South Africa stretches before teeing off at the second hole during the first round of the DP World Tour Championship at Jumeirah Golf Estates in Dubai, November 22, 2012. REUTERS/Nikhil Monteiro