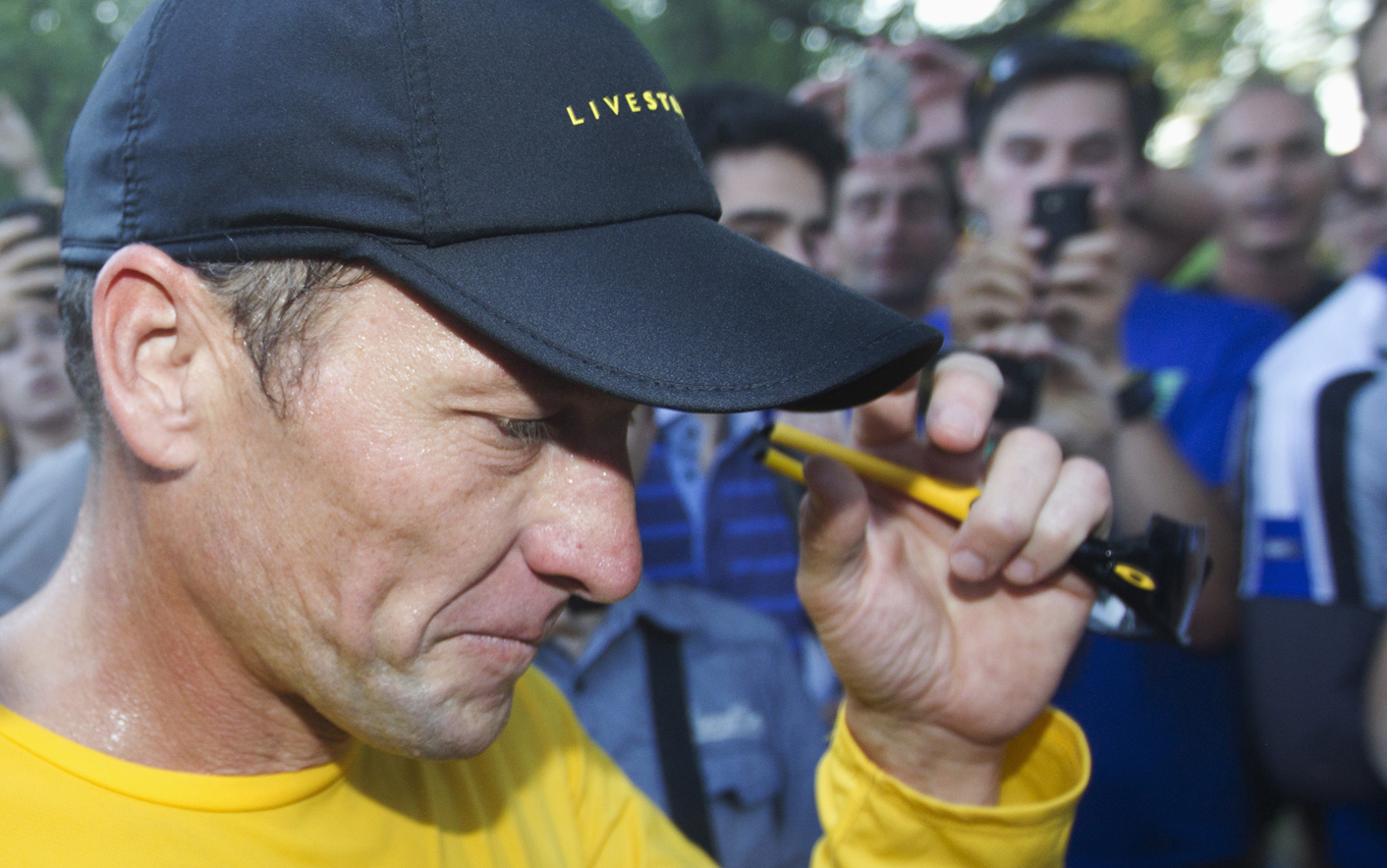 Disgraced cyclist Lance Armstrong once offered to donate nearly $250,000 to anti-doping efforts, the head of the United States Anti-Doping Agency (USADA) tells 60 Minutes Sports in an interview to be aired on Wednesday.

Armstrong, who was stripped of his seven Tour de France titles last year after an investigation by USADA found evidence of wide-spread doping, had a representative offer the agency a large sum of money in 2004, USADA chief Travis Tygart says in the wide-ranging interview.

“I was stunned,” Tygart tells interviewer Scott Pelley, according to a statement issued by the program. “It was clear — it was a clear conflict of interest for USADA.

“We had no hesitation in rejecting that offer.”

Asked how much money Armstrong offered the agency, Tygart replied; “in excess of $150,000.”

Told by Pelley that 60 Minutes had learned it was $250,000, Tygart answered; “It was around that ballpark.”

Tygart also alleges Armstrong provided the International Cycling Union (UCI), a regulatory body for the sport, a gift of $100,000.

During the interview, Tygart describes Armstrong and his team of doctors, coaches and riders as similar to a “Mafia” that kept their secret for years and intimidated riders into silently following their illegal methods.

Some of those riders are considered victims by Tygart and he says they were forced to choose between following the doping program or being off the team.

Tygart tells Pelley, he was “stunned” when the U.S. Justice Department failed to charge Armstrong at the end of a two-year investigation and failed to share their findings with USADA.

“I don’t know (why they failed to charge Armstrong),” says Tygart. “It’s a good question and one that if you finally answer, let me know.”

Armstrong has denied ever using performance-enhancing drugs but according to a recent New York Times story is considering coming clean about doping in an effort to return to competition.

He declined to be included in the 60 Minutes Sports story and his spokesman did not return calls from Reuters seeking comment. DM