Staggering Steyn – the best bowler of our generation 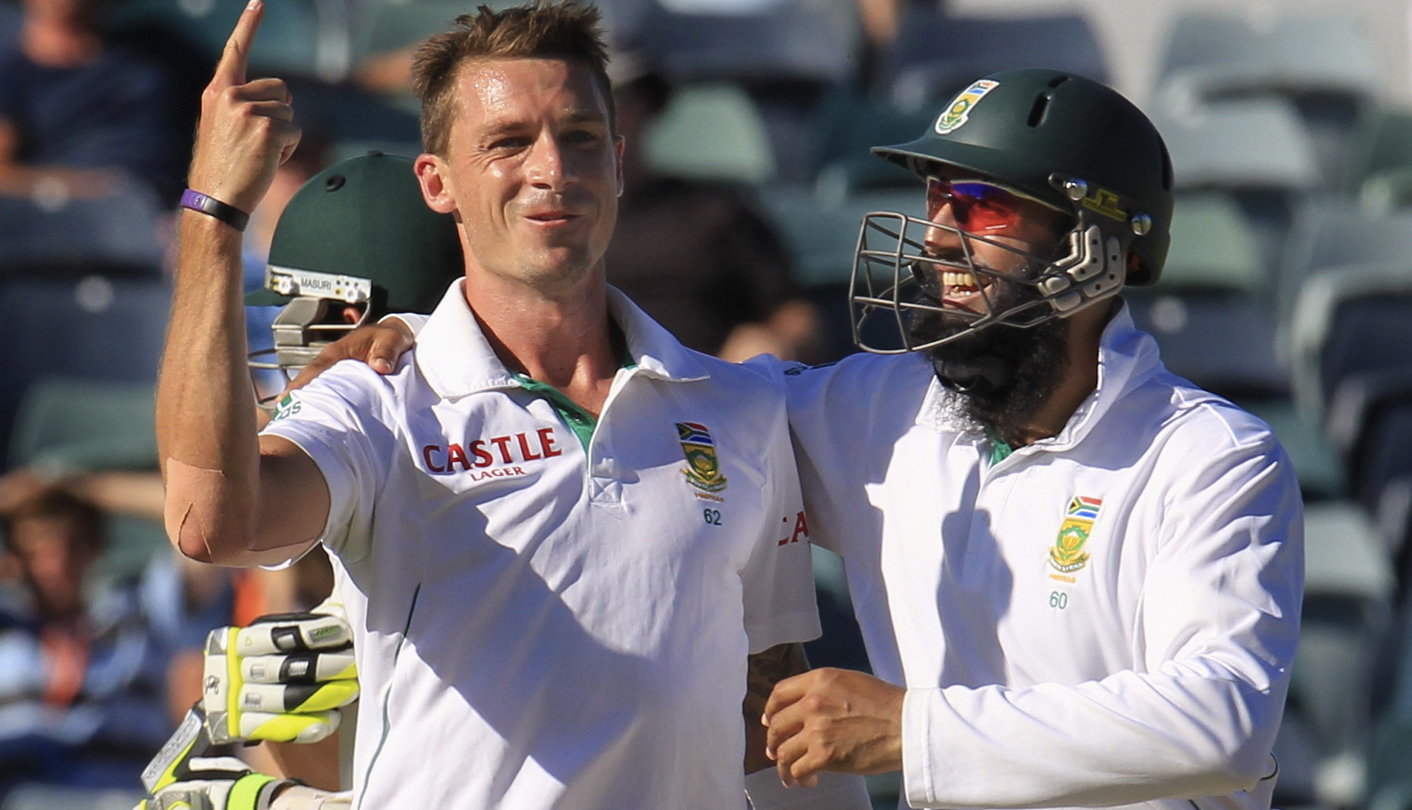 When it comes to being statistically perfect, of the fast bowlers still playing in this day and age, Dale Steyn is pretty much the whole package and the New Zealand batsmen who are on their way to South African shores should be afraid. Very afraid. By ANT SIMS.

The irreverent alternative cricket commentary show, TestMatchSofa.com, has a jingle for Dale Steyn. Sung to the tune of “Staying Alive”, it muses: “He’s easy on the eye, but not the chin. He’s got short length, umbrella slips, you’ll need a box to guard your bits. You can try to clip to leg, the next one will uproot off peg”. It’s a funny jingle, but it’s also accurate. Steyn’s ability to take wickets over and over again, and his ability to bounce back from barren spells, is fascinating.

He proved it again on a recent tour of Australia. After having what some might term an “off” two Tests in Brisbane and Adelaide, Steyn found the fire he needed; that energy which has so often raged and ravaged batting line-ups and which took seven wickets in the final Test at Perth.

Yet it’s not a complete picture – not by a long shot. He can sometimes be timid and shy; he has a sense of humour, and he almost always has time for everybody. When he’s not humouring the press, Steyn can be found on the boundary somewhere, sneaking a few autographs for youngsters.

But when it comes to battles on the field, Steyn is ruthless, unrelenting and unapologetic. He’s the man who told Sachin Tendulkar that he wanted to take his head off. He’s the player who can execute a bouncer or a yorker with such fatal precision, batsmen sometimes can’t get out of the way fast enough. And he’s the number one-ranked bowler in the world.

He made his bow against England in 2004, but he was a mere shadow of the player he has become today. He took just eight wickets in that series against England, and a few months later, against New Zealand, he found a wealth of them, taking 16 scalps in the series. It was his then-coach Vincent Barnes who helped Steyn refine his technique and blossom into an all-conquering bowler who has opponents shuddering in their spikes.

One can compare this to his closest rival currently playing, namely James Anderson – but there’s still a good distance between them. Anderson has gone wicketless four times in his career. The longest he has gone without taking four wickets is five Tests – also relatively early in his career. Since then, he has thrice gone three Tests without bagging four or more, and once four Tests.

Obviously a lot of factors play a part in the two’s records. Conditions, opposition, where Tests are played, but in the greater scheme of things, on paper, Steyn is almost a statistical anomaly. Even when compared to legends of the past, like Michael Holding and Curtly Ambrose, Steyn’s record is still impressive.

Similarly, Curtly Ambrose in his heyday went without wickets on six occasions in 98 Tests. On three occasions he went four Tests without picking up four wickets or more, and once five Tests without four or more. The two bowled in different eras, but when the words “great” and “legendary” are uttered, they cannot be said without mentioning some of the West Indies greats in the same breath.

At 29, if managed well, Steyn still has a good three to four years left in him as a fast bowler. Time he will undoubtedly want to spend playing Test cricket.

His ability to take wickets and keep his average down in the current era of batsmen-friendly everything, Steyn embodies freakishness – not because he is strange, but because the numbers are just so consistently awe-inspiring. Steyn is an enigma; a special talent who doesn’t seem to have hit his peak just yet. And with summer just around the corner, the New Zealand batsmen should be afraid, very afraid. DM