Kim Jong-un ‘Sexiest Man Alive’: Is the joke on China or the West? 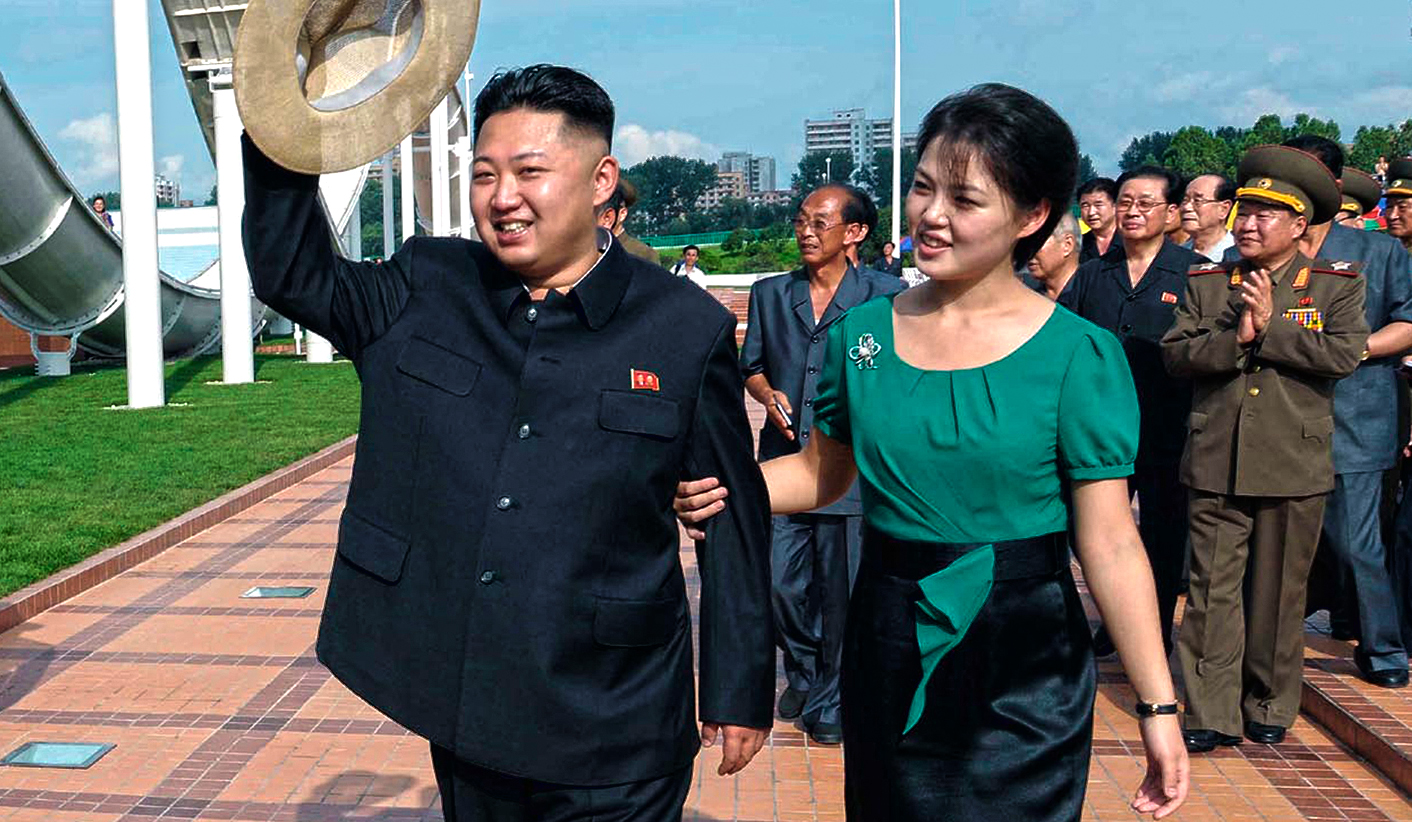 The official mouthpiece of the Communist Party of China, the People’s Daily, has been ridiculed across the world this week for taking a satirical piece in the US’s The Onion, about Kim Jong-un being 2012’s sexiest man, and publishing it as fact. But what if China is playing a millennia-old game that the West has no idea about? By KEVIN BLOOM.

To the profound and uncontained joy of the West, it was apparently confirmed this week that China’s organs of state don’t do satire. In headlines across the sophisticated and generously self-mocking nations of the United States, Great Britain, Canada and Australia, a so-called “gaffe” committed by the People’s Daily – the flagship newspaper of the Chinese ruling elite – was served to readers as if it were a party favour for being born in the free world.

Which is not to say that the gaffe wasn’t funny. The Onion, America’s satirical online daily, ran a piece on 14 November in which it named North Korean dictator Kim Jong-un its “Sexiest Man Alive” for 2012. On Tuesday 27 November, without any indication that it got the joke, Beijing’s major mouthpiece quoted The Onion verbatim: “With his devastatingly handsome, round face, his boyish charm and his strong, sturdy frame, this Pyongyang-bred heartthrob is every woman’s dream come true.”

And to prove that this was indeed the case – that Kim, to further quote The Onion, is “blessed with an air of power that masks an unmistakable cute, cuddly side” –t he People’s Daily website ran a 55-page photo spread of the sex god: Kim astride a thoroughbred stallion with the sun on his face; Kim waving tenderly to his parading soldiers; Kim smiling from behind a dope pair of shades; Kim touring a state project beside his wife.

What’s not to laugh at?

Thing is, there may be more to the story than the gullibility of a lone, humourless editor. Subject to intense scrutiny from the powers-that-be, the senior staff at the People’s Daily are, by definition, expert propagandists. Their editorial routine consists of filing banal reports on the activities of China’s leaders, summarising lengthy tomes on state policy (while taking care not to inject into them any life), and composing upbeat narratives on the virtuous lives of ordinary workers. It’s not an easy job – and it can get especially taxing when an order comes down from the top to stop mucking about and write something good for a change about the Democratic People’s Republic of Korea.

As one Chinese observer noted on the micro-blogging site Weibo: “You know how hard it is to pick positive news about North Korea? When they finally find one, no matter what, they just put it online.”

Like the vast majority of Western media organisations, on Wednesday Reuters was running the story as if the People’s Daily had been duped. Stating in the blurb of a globally syndicated piece that “tongue-in-cheek clearly doesn’t come naturally to the Chinese Communist Party’s official mouthpiece,” the newswire pointed out that China’s tightly controlled media had been fooled before. In 2002, noted Reuters, the Beijing Evening News ran a story quoting The Onion about the US Congress threatening to leave Washington DC for Memphis or Charlotte unless the city gave it a new Capitol building with a retractable dome.

Here’s an idea: what if the Chinese elite – whose children consistently smash the West’s in global education tests like the Programme for International Student Assessment –really did understand that these articles were meant as satire? What if they don’t like being looked down on by the US, and so ran the Congress spoof as deadpan fact to demonstrate the pettiness of Americans? What if they had their own agenda for publishing a headline story in the solemn People’s Daily on Kim Jong-un being the new George Clooney?

After all, on 1 January 2009, Chinese president Hu Jintao welcomed in the New Year by declaring it the “year of China-DPRK friendship,” an occasion that marked 60 years of good relations. The next year, although Beijing may have sent a diplomatic cable to the US in which it called the DPRK a “spoiled child” whose nuclear programme represented a “threat to the whole world’s security,” that didn’t mean the two were no longer close. In terms of realpolitik, according to the US’s own Council on Foreign Relations, China’s primary objective in its romance with its neighbour is to secure the longevity of the Kim regime, because a collapse would likely dump a refugee crisis at Beijing’s door.

So let’s play out a hypothetical scenario. Let’s say that our People’s Daily editor receives an email with a link to The Onion piece. Let’s say he has a little chuckle, and then, realising that this is the best news on Kim Jong-un he’s likely to get all year, he escalates it to party headquarters. Let’s say a decision is made to publish the piece as fact, thereby achieving a key diplomatic imperative: Kim is portrayed as a virile and studly leader in the eyes of his subjects, the overwhelming majority of whom – given that the only foreign media they’re allowed to consume is propaganda from the likes of People’s Daily – will never have heard of The Onion.

It’s known as wei qi strategy, and, as Henry Kissinger noted in his remarkable book On China, it’s based on thousands of years of practice in warfare through “subtlety, indirection, and the patient accumulation of relative advantage.” As per the tenets of this method, there would be far more advantage gained in bolstering the image of Kim than there would be advantage lost in being ridiculed by Western media. The former is long-term, it’s another move in the eternal obligation to secure the country’s borders; the latter is short-term, and the damage can be limited by removing the article from the website after a day – which is exactly what the People’s Daily did.

This hypothesis could be nonsense, of course. The editor may have acted alone, from within his own unsmiling bubble, and the wei qi principles passed down through the imperial dynasties to Mao Zedong and the modern Communist Party might have had nothing to do with it.

But consider a short paragraph in a report on the story from Tuesday’s New York Times: “There were signs that someone at People’s Daily might have created the [Kim Jong-un] slide show with a subversive wink. The same day, the English-language edition of People’s Daily Online ran a 15-photograph slide show under the headline ‘Sex Tape Official at Work’.”

That spread, as the Times stated, was a reference to a Chongqing official who’d been humiliated when a video was leaked online of him having sex with an 18-year-old mistress. No sense of humour in the offices of the Communist Party’s official mouthpiece? The staff could be opening a case of premium rice wine, compliments of the central politburo, and laughing back at us right now. DM

Photo: North Korean leader Kim Jong-Un and his wife Ri Sol-Ju attend the opening ceremony of the Rungna People’s Pleasure Ground on Rungna Islet along the Taedong River in Pyongyang in this July 25, 2012 photograph released by the North’s KCNA to Reuters on July 26, 2012.The Rungna People’s Pleasure Ground has attractions such as a dolphinarium, a wading pool, a fun fair and a mini golf course, according to KCNA. REUTERS/KCNA