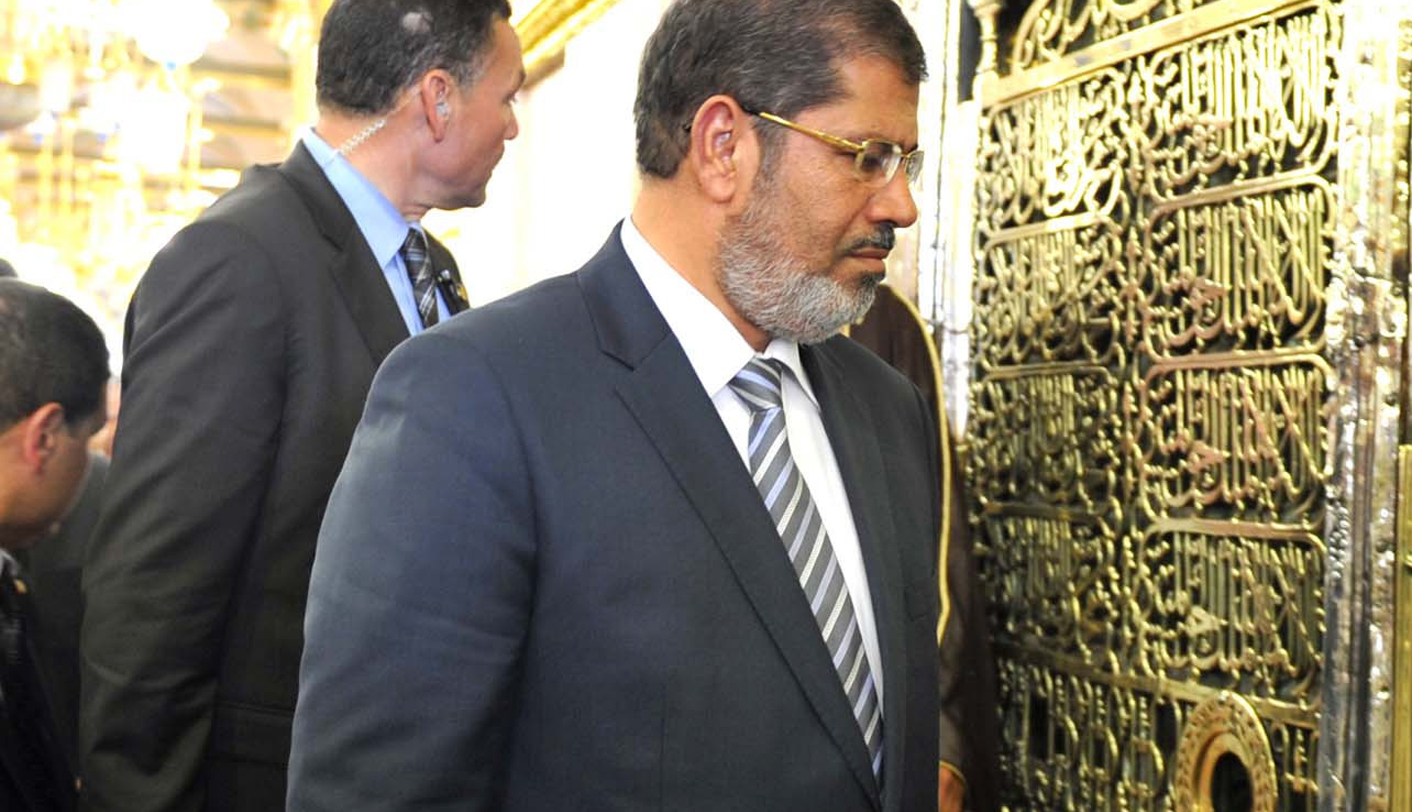 There’s anger on the streets of Egypt again. And this time it’s President Mohammed Morsi, Egypt’s democratically elected leader, who’s earned the ire of the multitudes. Yet one has to ask: is it really revolution season again? By KHADIJA PATEL.

When Professor Juan Cole of the University of Michigan visited Johannesburg last August, he warned that Egyptian president Mohammed Morsi had been underestimated. In the months preceding Egypt’s first democratic presidential election after the revolution last year, Morsi was sized up as a poor replacement for the Muslim Brotherhood’s Khairet El Shater, who was found by the courts to be ineligible for contending in the election.

How wrong they were.

Morsi has defied expectations of malleability. Sure, he’s yet to unshackle himself from the Brotherhood, despite resigning from its Freedom and Justice Party, but he’s certainly not been cowed by the presidency. Quite the contrary, actually. For the hundreds of thousands of Egyptians protesting on the streets of Cairo, Morsi appears dangerously quick to seize power.

Last Thursday, fresh from the success of brokering a ceasefire between Hamas and Israel in Gaza, Morsi issued a number of presidential decrees that put him above judicial oversight and protect his Islamist supporters in parliament.

Morsi’s decree gives him far-ranging powers, including immunity from judicial oversight regarding any laws he issues until a parliament and constitution is in place.

Morsi also protected the upper body of parliament, the Shura council, and the constituent assembly tasked with drafting Egypt’s constitution from court appeals. A court verdict due in December could invalidate the assembly.

Mahmoud’s replacement, Talaat Ibrahim, has been given the unenviable task of re-examining all investigations into the deaths of protesters when Mubarak was in power.

In response, Mohammed ElBaradei has called on Morsi to rescind the near absolute powers he granted himself. Addressing crowds in Tahrir Square, ElBaradei said Morsi must take action to avoid the possibility of increased turmoil in the country.

The judges called the move “an unprecedented attack” on the independence of the judiciary. Judges in Alexandria have gone on strike, saying they will not return to work until the decree is withdrawn. Others are on a go-slow. The Supreme Judicial Council said Morsi’s decree should apply only to “sovereign matters”. Although it did not specify what that meant, its statement, read on television, suggested it did not reject his decree outright. It called on judges and prosecutors who have called for a strike to return to work.

Morsi will meet members of the state’s highest judicial authority on Monday to discuss his decree.

But as thousands of protesters take to the streets, promising to further expend their rage in a million-person march on Tuesday, even the Egyptian stock made clear its feelings on Morsi’s decrees when it fell nearly 10% – only halted from further plunge by automatic curbs.

Already, more than 500 people have been injured in clashes between protesters and police since Morsi’s decree.

“To assume this kind of power is unacceptable,” McCain said on Fox News Sunday. He said the US should “first condemn” Morsi’s actions before taking any additional actions or next steps with the relatively new government.

Victoria Nuland, spokesperson of the US Embassy in Egypt, was more diplomatic. “One of the aspirations of the revolution was to ensure that power would not be overly concentrated in the hands of any one person or institution,” she said in a statement. “The current constitutional vacuum in Egypt can only be resolved by the adoption of a constitution that includes checks and balances, and respects fundamental freedoms, individual rights, and the rule of law consistent with Egypt’s international commitments.”

And perhaps it is at times like these that we can thank the lucky stars of the Namaqualand skies that our own diplomacy is too docile to stick its head in another country’s business. We have our own president dilly-dallying with impunity to worry about, thanks.

No matter what the rest of the world makes of it, the protests, violent clashes, judicial backlash, and the rare display of unity among opposition politicians have inspired fresh doubts about Morsi and the Muslim Brotherhood’s political intentions.

As fears of an Islamist takeover are stoked with an almighty gusto, some seasoned Middle East watchers believe the notions of a power-hungry Morsi, hellbent on turning Egypt into an Islamic fiefdom, are misplaced. Foreign Policy’s Mark Lynch says, “Morsi’s move should be seen in the context of Cairo’s intensely polarised, gridlocked politics rather than as some pure expression of Islamist intent. His power is more impressive on paper than in reality.”

Lynch also makes another succinct point: Egypt is much more than the sum of its Twitterati. “The last year should have taught us to be less inclined to see the sky falling at the first sign of outrage on Twitter than we used to be,” he writes. “The political crisis has been exacerbated by the now-familiar pattern of exaggeration, hyperbole, and false rumours spreading like wildfire through the media and the internet to a polarised public primed to believe the worst.”

Speaking to NPR, Yasser El-Shimy, an Egypt analyst at the International Crisis Group, said that while he understood critics who saw Morsi’s move as a bid to become an unchecked leader, the reality was much more nuanced.

For context, El-Shimy explained that the Supreme Constitutional Court was made up entirely of Mubarak-era judges. That court dissolved the lower house of the elected Parliament earlier this year, which was dominated by the Brotherhood. The court then dissolved the first assembly tasked with writing the constitution, which was also dominated by Islamists. Another case that had been scheduled for the court on 2 December would have given the court the opportunity to disband the new assembly that was writing Egypt’s constitution.

According to El-Shimy, Morsi “did what he did, in a way, to secure all elected — or popularly elected and democratically elected — institutions in Egypt against the potential of them being completely dissolved by the Mubarak-appointed institutions.”

But even as protests against Morsi continue, also pitting protesters against Morsi supporters in the streets, El-Shimy believes the numbers coming out in protest so far “were not as decisive as we would have expected”. According to him, “[t]he potential for this to continue and escalate, I would say, is that it is possible, but it’s not exactly overwhelming.”

In an attempt to allay fears of further unrest, Morsi’s office issued a statement on Sunday evening calling for dialogue with his political opponents, saying as well that the presidential decrees Morsi issued were temporary. “The presidency reiterates the temporary nature of those measures, which are not intended to concentrate power, but to avoid… attempts to undermine democratically elected bodies and preserve the impartiality of the judiciary,” the statement said.

Now let’s give Morsi the benefit of the doubt for a minute. Let’s say he is sincere and, despite being the supreme leader of Egypt for the time being, he will relinquish these powers just as soon as Egyptians can get along for long enough to write a constitution. Maybe he really does want to move Egypt forward as a stable and safe nation and does not seek sole control of the country, as he told a rally of his supporters at the presidential palace. Maybe Morsi really is a guardian of the revolution.

But then, look at all this from the point of view of the Egyptian people, who have long been shafted by leaders who promise they have their best interests at heart. Has Morsi really distinguished himself from the likes of Mubarak? Has he done anything to actually earn the trust of the Egyptian people? All the Egyptians have to go on right now is the historical behaviour of another man in his position. And Egyptians are loath to see history repeating itself. DM