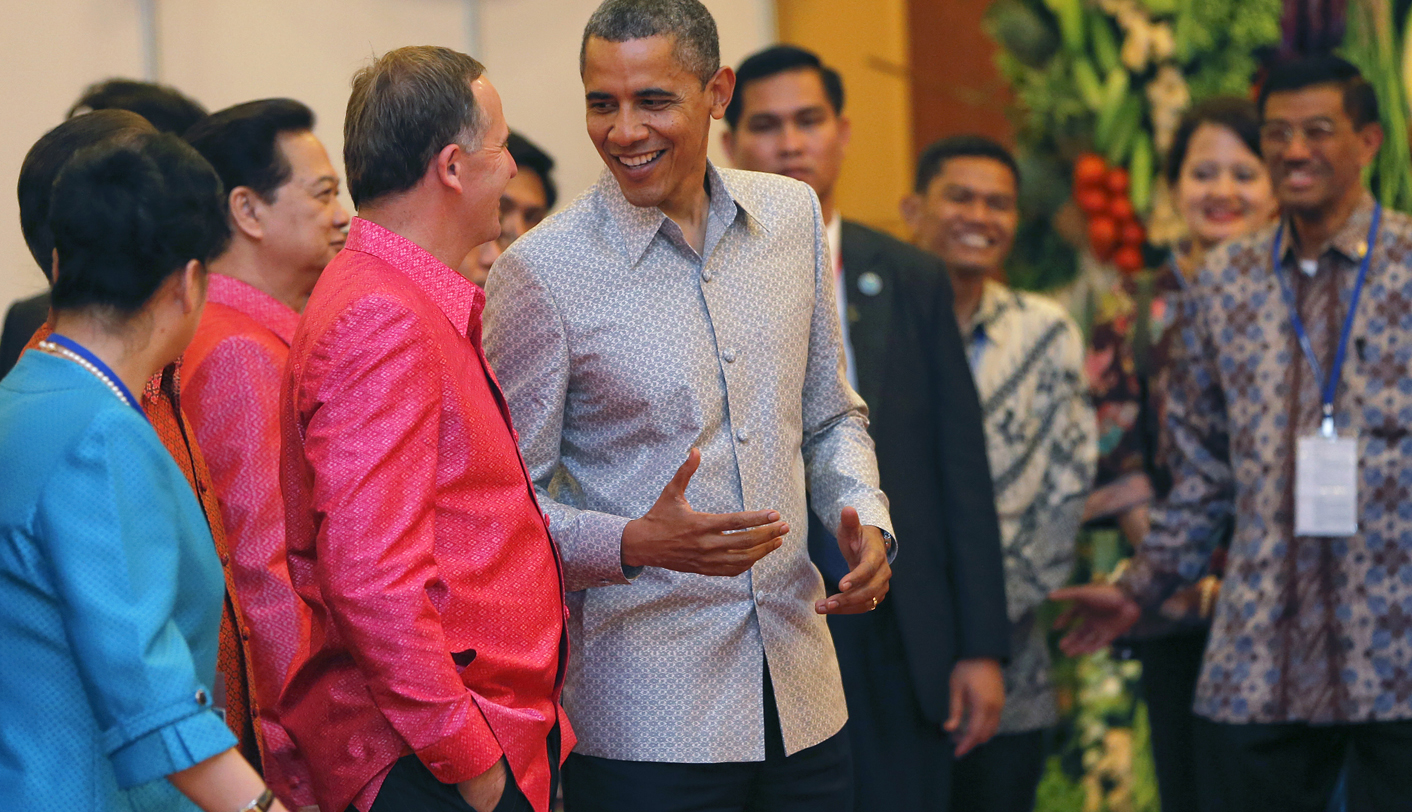 Japan warned on Monday that a row over the South China Sea could damage "peace and stability" in Asia as China stalled on a plan to ease tensions and disagreements flared between the Philippines and Cambodia over the dispute. By Jason Szep and James Pomfret.

PHNOM PENH, Nov 19 (Reuters) – The acrimony provided an uneasy backdrop to U.S. President Barack Obama’s arrival in Cambodia for a regional summit where he is expected to urge China and Southeast Asian nations to resolve the row, one of Asia’s biggest security issues.

“Prime Minister Noda raised the issue of the South China Sea, noting that this is of common concern for the international community, which would have direct impact on peace and stability of the Asia-Pacific,” a Japanese government statement said after Noda met leaders from the 10-member Association of Southeast Asian Nations (ASEAN).

That followed a statement on Sunday from Kao Kim Hourn, a Cambodian foreign ministry official, who said Southeast Asian leaders “had decided that they will not internationalise the South China Sea from now on.”

In a sign of tension, Philippine President Benigno Aquino disputed the Cambodian statement and said no such agreement was reached, voicing his objections in tense final minutes of discussions between Noda and Southeast Asian leaders.

“There were several views expressed yesterday on ASEAN unity which we did not realise would be translated into an ASEAN consensus,” he said, according to his spokesman. “For the record, this was not our understanding. The ASEAN route is not the only route for us. As a sovereign state, it is our right to defend our national interests.”

Alternative diplomatic routes for the Philippines would likely involve the United States, one of its closest allies, which has said it has a national interest in freedom of navigation through the South China Sea’s vital shipping lanes.

ASEAN on Sunday agreed to formally ask China to start talks on a Code of Conduct (CoC) aimed at easing the risk of naval flashpoints, according to its Secretary General, Surin Pitsuwan. But Chinese Prime Minister Wen Jiabao appeared to play down the need for urgent action in talks on Sunday night with Hun Sen.

“It takes some time for China and ASEAN to discuss the CoC,” he said. He repeated Cambodia’s statement that ASEAN had reached a “common position” not to internationalise the issue, directly contradicting Aquino.

Obama will meet Southeast Asian leaders on Monday evening before sitting down with Wen on Tuesday.

China’s sovereignty claims over the stretch of water off its south coast and to the east of mainland Southeast Asia set it directly against U.S. allies Vietnam and the Philippines, while Brunei, Taiwan and Malaysia also lay claim to parts.

Sino-Japanese relations are also under strain after the Japanese government bought disputed islands known as Senkaku in Japan and Diaoyu in China from a private Japanese owner in September, triggering violent protests and calls for boycotts of Japanese products across China.

Obama’s visit to Cambodia, the first by a U.S. president, underlines an expansion of U.S. military and economic interests in Asia under last year’s so-called “pivot” from conflicts in the Middle East and Afghanistan.

The Philippines, Australia and other parts of the region have seen a resurgence of U.S. warships, planes and personnel, since Obama began shifting foreign, economic and security policy towards Asia late last year.

Cambodia has used its powers as ASEAN chair this year to limit discussion on the South China Sea. Its apparent rewards include Chinese largesse, including a $100 million loan to set up Cambodia’s largest cement plant signed the day Wen arrived.

Thailand, which holds the position of ASEAN’s official coordinator with China, appeared to support the U.S. view that countries beyond ASEAN and China had a national interest in resolving the dispute.

At stake is control over what are believed to be significant reserves of oil and gas. Estimates for proven and undiscovered oil reserves in the entire sea range from 28 billion to as high as 213 billion barrels of oil, the U.S. Energy Information Administration said in a March 2008 report.

While the territorial row was a matter for the “parties concerned,” maritime security and freedom of navigation were an international concern, said Sihasak Phuangketkeow, permanent secretary at Thailand’s foreign ministry.

“If it comes to the broader issue of maritime security, meaning freedom of navigation, security of sea lanes, I think that is a concern of all countries,” he told reporters.

The tensions illustrate the difficulty of forging a Southeast Asian consensus over how to deal with an increasingly assertive China. Southeast Asia had hoped avoid a repeat of an embarrassing breakdown of talks in July over competing claims in the mineral-rich waters, its biggest security challenge.

Washington insists its “pivot” is not about containing China or a permanent return to military bases of the past, but it has increased its military presence in the Philippines and other areas near vital sea lanes in the South China Sea. DM