Formula one: Hamilton heads to Brazil on a winning high 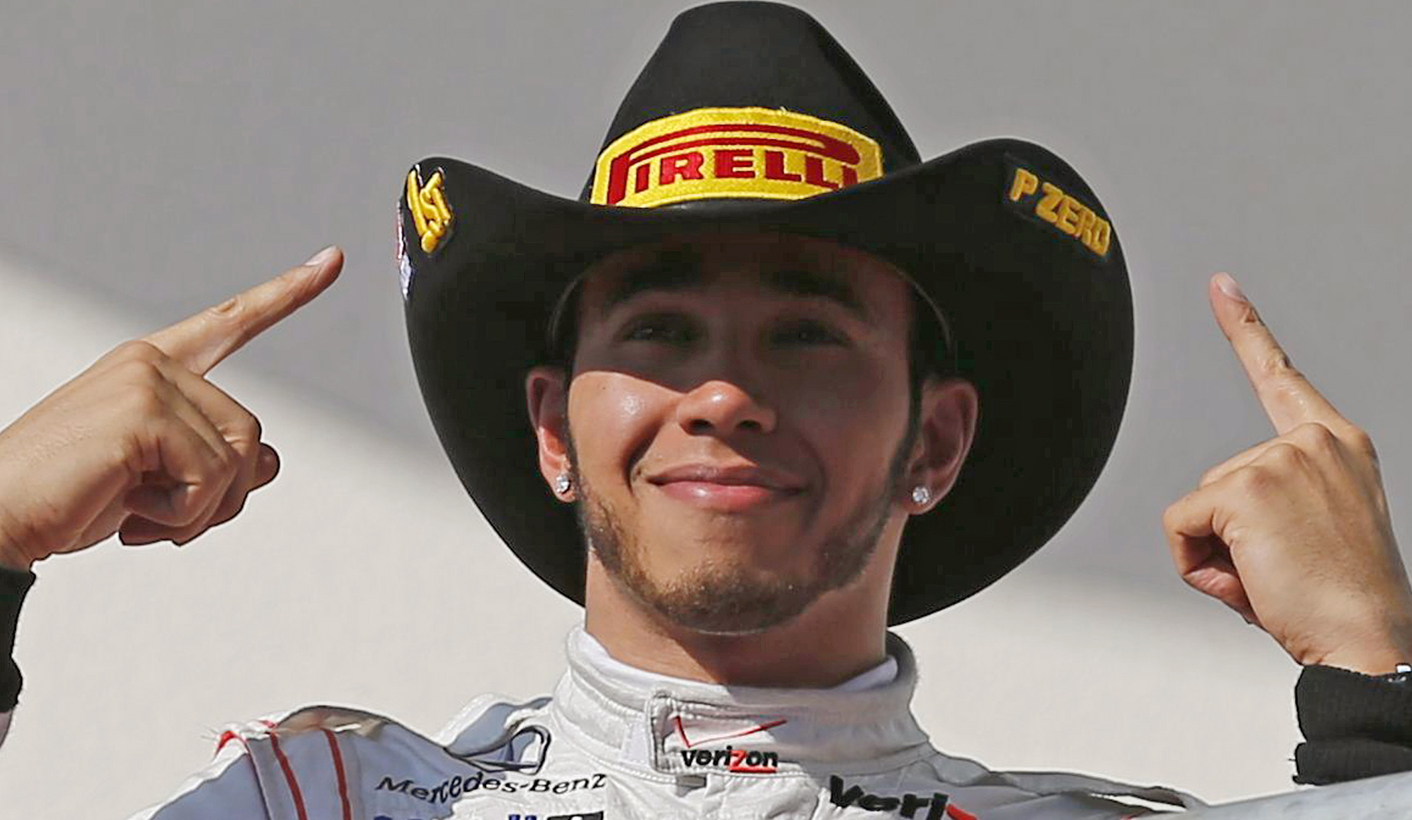 Lewis Hamilton will say an emotional farewell to McLaren in Brazil next weekend as a winner, even if Formula One's season-ending race is all about someone else taking the title. By Alan Baldwin.

The 2008 world champion had wanted to celebrate one last triumph before heading off to Mercedes and success in Sunday’s U.S. Grand Prix, should that be his last win for McLaren, ticked all the boxes.

The Briton had won on Formula One’s last visit to the States in 2007 and picking up where he left off meant a lot to a 27-year-old already spending an increasing amount of time in the country.

Hamilton now heads to Interlagos, where he won his 2008 championship, for one last hurrah for a team he has been a part of since they started backing him as a promising 14-year-old.

“I think the last race in Brazil is going to be a really emotional sendoff for us all, team and driver and family,” his father Anthony said in Austin after joining the race winner for the team victory photograph.

“The Hamiltons are synonymous with McLaren and vice-versa and I think we are all going to miss each other,” he told Sky television. “But to be honest I think it’s nice to go off to greener pastures and see whether you can develop something new in your life.”

On Sunday McLaren gave Hamilton the car and he delivered sensationally, passing Red Bull’s championship leader Sebastian Vettel to take the win and deliver just the boost his team had been looking for.

“We were talking of just getting a win in, that would be the icing on the cake,” said Hamilton, who is out of a title chase that now only involves Vettel and Ferrari’s Fernando Alonso.

“Even if we go to the next one and it’s not spectacular, at least we have this one. But of course I’m going to go to the next race hoping we can do it again.”

The victory was Hamilton’s fourth of the season and he could have also won in Singapore and Abu Dhabi had he not been sidelined by mechanical failures.

The problem in Abu Dhabi two weeks ago, when Hamilton was leading confortably, was a hard blow for the team as well as the driver and Sunday, with the rocket red victory shirts bursting out, brought the smiles back.

“It’s been brilliant for the team and we needed it, we really did need that one together,” said team principal Martin Whitmarsh.

“We faltered a little bit this year, we’ve had a quick car and we haven’t done as good a job as we expect of ourselves. These things are really important to the team and we are going to go into Brazil on a high and make sure we can do a good job there,” he added.

Hamilton will soon be turning his focus on Mercedes – a team who looked woefully uncompetitive on Sunday and whose sole success since they took over the title-winning Brawn GP outfit in 2009 came this year.

The driver has recognised that it could be a while before he wins again but his father said there were no regrets.

“It’s nice to have challenges in life,” said the man whose parents immigrated to Britain from the West Indies island of Grenada and who held down several jobs at once to get his karting son onto the motor racing ladder.

“One of our greatest ever challenges was coming from a council house to Formula One. I never ever believed that would happen to us. Then Lewis becomes a Formula One champion and now we are almost rebuilding the challenge.” DM

Photo: McLaren Formula One driver Lewis Hamilton of Britain gestures during the podium ceremony after winning the U.S. F1 Grand Prix at the Circuit of the Americas in Austin, Texas November 18, 2012. REUTERS/Jim Young