Attack on Gaza: Not another Bibi election ploy

Attack on Gaza: Not another Bibi election ploy 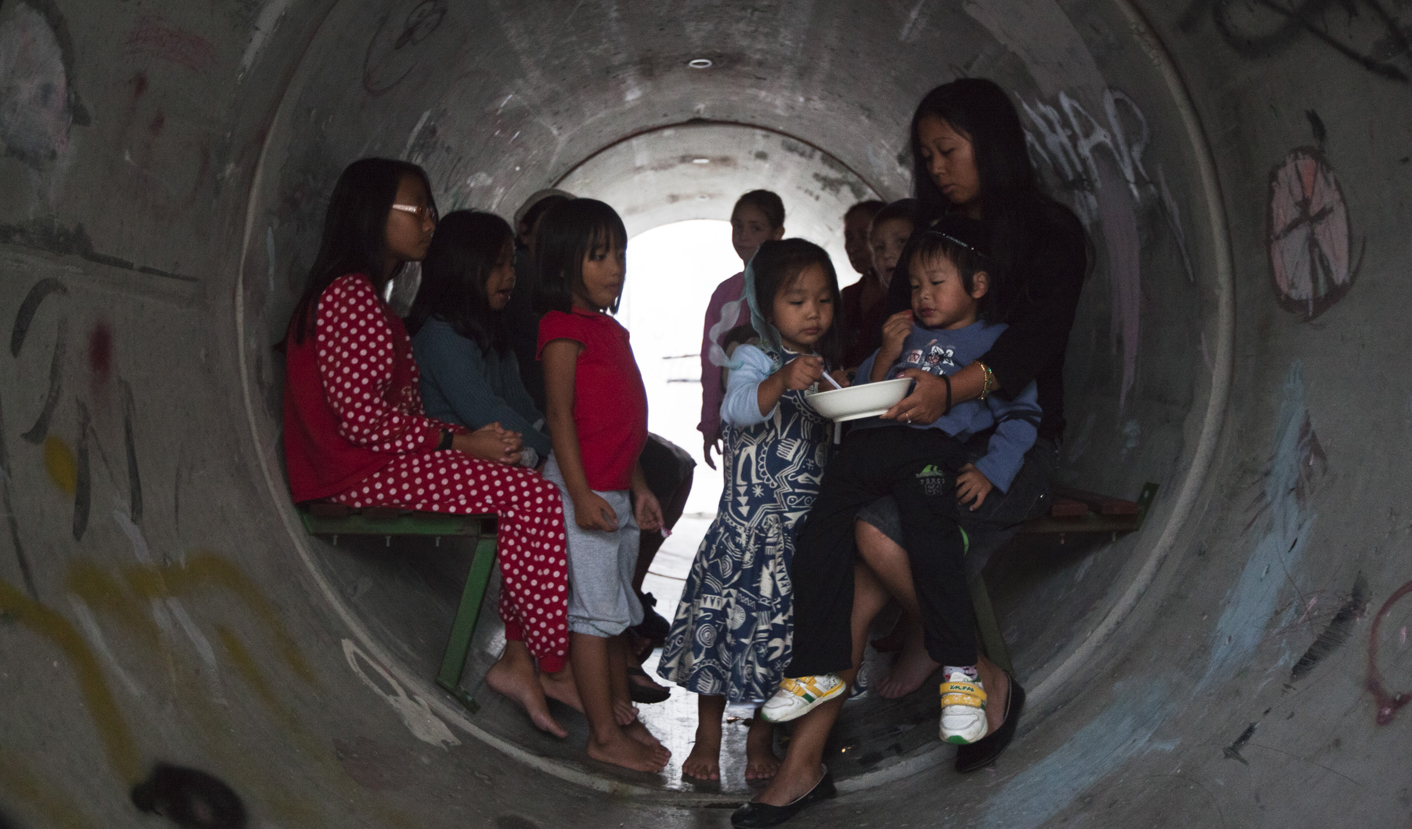 Prime Minister Benyamin Netanyahu’s detractors, both within Israel and without, are arguing that Operation Pillar of Defence is a strategy to win votes prior to January’s general election. But the broader existential threats attached to this latest attack on Gaza would appear to suggest otherwise. By KEVIN BLOOM.

Last month, Israeli election polls were prognosticating that Benyamin Netanyahu’s Likud party, together with its rightist and religious coalition partners, would garner at least 70 out of 120 seats in the Knesset. The theory was that the prime minister had called for early elections because the opposition was weak and that the strengthening of the alliance with the ultra-religious Shas party and Putin-like Foreign Affairs Minister Avigdor Lieberman virtually guaranteed a landslide victory. The only thing that could alter the scenario, it was suggested, was an armed conflict with Iran, Hizbollah or Hamas.

Even so, Israel launched a military operation on Wednesday to eliminate militants and weapons sites in the Gaza Strip, killing the commander of Hamas’ military wing, Ahmed al-Jabari. The assassination of Jabari was, according to the IDF, the “start of a broader operation,” which it named Operation Pillar of Defence.

As with everything in Israel nowadays, there are two conflicting versions behind the rationale for the attack. The official version, as put forward by the mainstream Israeli press and the IDF’s spin doctors, is that the preceding days of rocket fire from Gaza into the south of the country had to be stopped. According to reports, this position has been supported by the United States, with President Barack Obama personally giving his backing for the airstrikes in a telephone call with Netanyahu.

The other version, of course, could be found in the pages of Israel’s last remaining left-wing newspaper, Ha’aretz. Here, the position was that the assassination of Jabari would be written into history as “another showy military action initiated by an outgoing government on the eve of an election.” Despite the fact that Netanyahu’s victory at the polls on 22 January seemed all but assured, the newspaper pointed out that internal social and economic problems are typically pushed off the national agenda during periods of external conflict.

“This recipe is familiar from 1955,” noted Ha’aretz, “when David Ben-Gurion returned from his exile in Sde Boker and led the Israel Defence Forces to a retaliatory action in Gaza, and his party, Mapai, to victory in the election… Ever since, whenever the ruling party feels threatened at the ballot box, it puts its finger on the trigger. The examples are common knowledge: the launch of the Shavit 2 missile in the summer of 1961, in the midst of the Lavon affair; the bombing of the Iraqi reactor in 1981; Operation Grapes of Wrath in Lebanon in 1996 and Operation Cast Lead in Gaza on the eve of the 2009 election.”

It’s a persuasive argument except for one thing – to reiterate, if Netanyahu had felt even the least bit threatened at the ballot box, he would not have called for early elections. Moreover, as the self-same piece makes clear, Operation Grapes of Wrath and Operation Cast Lead led to defeat for the incumbents in the election. Photo: An Iron Dome launcher fires an interceptor rocket near the southern town of Sderot November 15, 2012. A Hamas rocket killed three Israelis north of the Gaza Strip on Thursday, drawing the first blood from Israel as the Palestinian death toll rose to 15 in a military showdown lurching closer to all-out war with an invasion of the enclave. REUTERS/Ronen Zvulun

Where, then, does the truth lie? One compelling theory is that no government, and especially not one as openly militaristic as Netanyahu’s (national security is, after all, his primary campaign platform), can afford to do nothing while dozens of rockets strike its civilian population. In other words, Netanyahu had no choice.

As Michael Koplow, programme director of the Israel Institute, pointed out on Monday, when the strikes from Gaza were intensifying, a man running for re-election on the promise that he is the “only” candidate capable of keeping the country safe cannot sit idly on his hands while rockets rain down on southern towns.

Because, ironically, for all his war-talk and strong-man bluster, Netanyahu has not presided over a single large-scale military operation during his two tenures as prime minister. Given that even the centrist Israeli press is currently calling the latest IDF operation “Cast Lead redux,” a reference to the international public relations disaster and damning commissions of inquiry that followed the 2009 Gaza incursion, it’s an initiation into the theatre of war that could not have come at a worse time for the hawkish head of state.

“Right now, Israel is managing the attack fairly well,” noted a prominent commentator on Open Zion on Wednesday, “and Hamas has not yet begun a response different from what it had already been doing. Damage and casualties are limited on both sides. Because of this, most of the Israeli political class is more or less supportive of the attack.”

But late on Wednesday night, a senior Israeli government official said the IDF is preparing for a “significant expansion” of the operation, including a ground incursion into the Gaza Strip and a summoning of the Army reservists. This was after Egypt’s foreign minister, Mohamed Kamel Amr, had issued a statement condemning the Israeli action and the Muslim Brotherhood’s Freedom and Justice Party had called Israel a “racist state,” claiming that the operation had been launched to score points with voters ahead of the January election.

There can be little doubt, in the context of its close association with the Muslim Brotherhood and its unambiguous credit-taking for the rocket attacks, that Netanyahu’s Catch-22 is exactly what Hamas intended. Not only is an escalation of the violence likely to lead to the formation of a committed anti-Israel alliance between Egypt, Turkey, Iran and Hizbollah (which may well see this as an opportune time to fire rockets into the north of Israel), it’s likely to lead to further deaths of innocents within Gaza, resulting in the international community’s censure of the IDF – a scenario, as intimated above, that could be similar to the fallout after Operation Cast Lead.

And Netanyahu only has himself to blame. He has shown not the slightest capacity for long-term thinking regarding the situation in Gaza.

Yossi Alpher, a former director of the Jaffee Centre for Strategic Studies at Tel Aviv University: “Even the objectives of this offensive as outlined by Defence Minister (Ehud) Barak Wednesday evening – strengthening deterrence, destroying rockets, hurting the terrorist organisations, defending the Israeli civilian rear – are tactical and temporary, not strategic. Having tried and failed to choke Hamas economically, having invaded the Strip four years ago at a heavy price in international condemnation without achieving more than a few months’ peace and quiet, and having undertaken, along with the Quartet, not to talk to Hamas (which in any case won’t talk to Israel), the Olmert and Netanyahu governments have for five years (since Hamas’s takeover of Gaza) sufficed with tactics, not strategy.”

As of this writing, on Thursday afternoon, British Foreign Secretary William Hague has just issued a statement claiming that Hamas bears “principal responsibility” for the current crisis, while Russia has just condemned Israel’s “disproportionate” use of force in air strikes. Meanwhile, Egypt’s President Mohamed Morsi is showing his hand by rejecting what he calls Israel’s “aggression” in Gaza. At their most optimistic, talks in the region are now of “truce” not “peace” – the idea of a two-state solution is so far off the agenda as to appear ridiculous – and all indications are that things are going to get more and more intractable.

Needless to say, while the geopolitical posturing proceeds apace, the death toll is mounting. The latest violence on Thursday raised to 13 the number of Gazans killed in 20 hours of Israeli air strikes, with rockets from Gaza killing three Israelis in the same period. DM

Photo: Israelis sit inside a sewage pipe used as shelter during an alert, warning of incoming rockets, in the southern community of Nitzan, near Ashdod November 15, 2012. A Hamas rocket killed three Israelis north of the Gaza Strip on Thursday, drawing the first blood from Israel as the Palestinian death toll rose to 15 in a military showdown lurching closer to all-out war and an invasion of the enclave. REUTERS/Nir Elias