Maryland, Maine approve gay marriage, Washington poised to do so 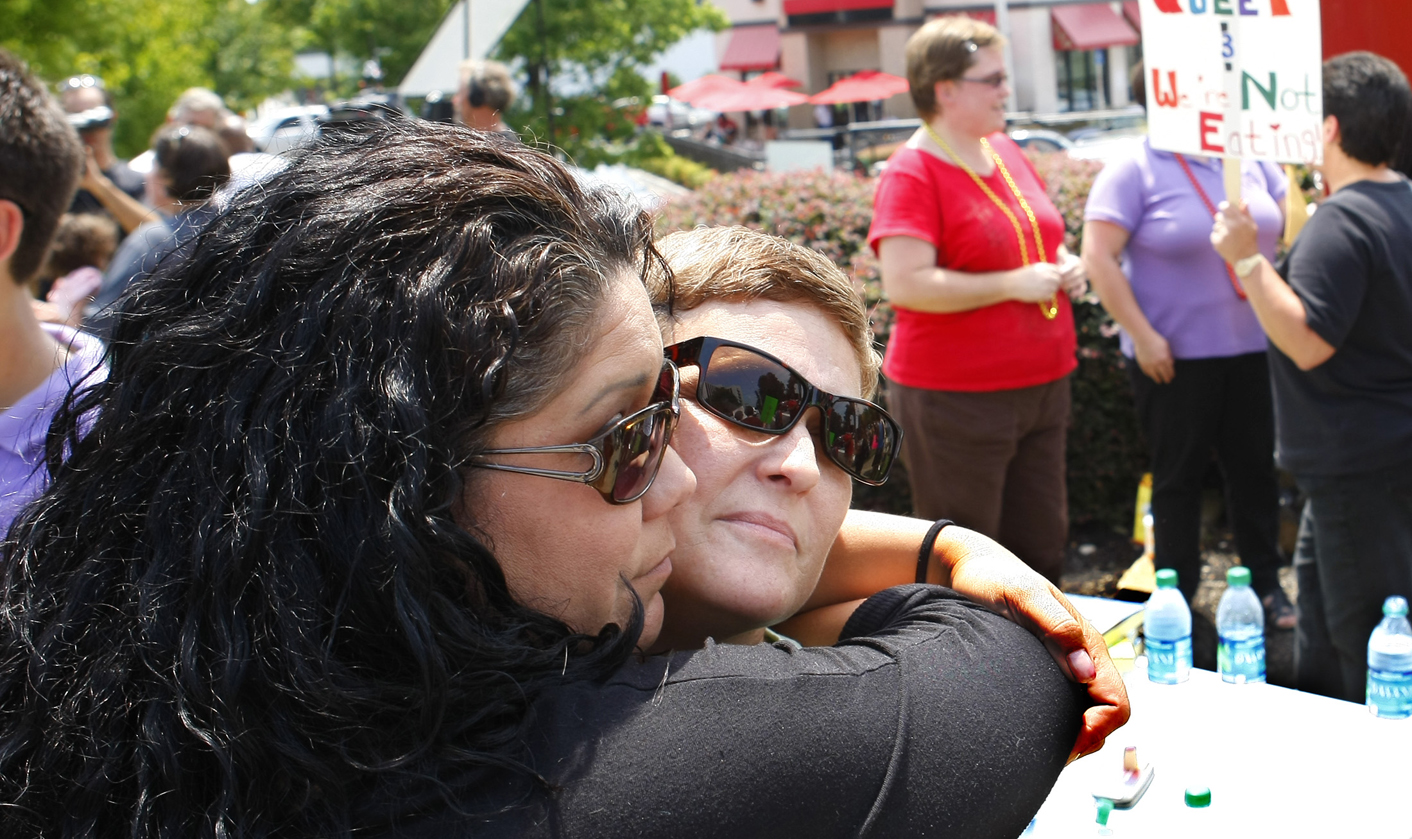 Voters in Maryland and Maine approved same-sex marriage on Tuesday while a similar measure in Washington state appeared on track to pass, marking the first time marriage rights have been extended to same-sex couples by popular vote. By Edith Honan.

The vote was hailed as a watershed moment by gay rights activists because, while same-sex unions have been legalized in six states and the District of Columbia by lawmakers or courts, voters had consistently rejected doing so. Voters in more than 30 states have approved constitutional bans on gay marriage.

“It’s enormous. We have truly made history,” said Brian Ellner, head of the pro-gay marriage group The Four. “Having the first states approve marriage by a popular vote changes the narrative and sends an important message to the Supreme Court.”

In Maryland, the measure passed 52 percent to 48 percent.

In Maine, it was leading by 53 percent to 47 percent, with 75 percent of precincts reporting. The 6-point margin was wide enough to allow proponents to declare victory.

And in Washington, it was leading by 52 percent to 48 percent, with 62 percent of precincts reporting.

In Minnesota, meanwhile, voters rejected adding that state to the list of those defining marriage solely as a heterosexual union. With more than 97 percent of precincts reporting, the proposed constitutional amendment was trailing 48 percent to 52 percent.

The constitutionality of restricting marriage to unions between a man and a woman is widely expected to be taken up by the U.S. Supreme Court soon.

James Esseks, director of the ACLU Lesbian Gay Bisexual and Transgender Project, called the votes a “watershed moment” for gay and lesbian families.

“Not long ago, marriage for same-sex couples was unimaginable,” he said. “In a remarkably short time, we have seen courts start to rule in favor of the freedom to marry, then legislatures affirm it, and now the people vote for it as well.”

Maine voters rejected gay marriage in a referendum in 2009 by 53 to 47 percent. In Washington and Maryland, where state legislatures previously passed laws expanding marriage rights to gay and lesbian couples, it was up to citizens to decide whether to let the laws stand.

“Over these past few weeks, Marylanders joined together to affirm that for a free and diverse people of many faiths – a people committed to religious freedom – the way forward is always found through greater respect for the equal rights and human dignity of all,” Governor Martin O’Malley said in a statement. DM

Photo: Partners Melissa Alameda (L) and River Moore hold each other during the nationwide “kiss-in” and protest at a Chick-Fil-A restaurant in Decatur, Georgia, August 3, 2012. Gay rights activists and backers of same-sex marriage plan to hold a nationwide “kiss-in” at Chick-fil-A restaurants on Friday to protest the fast-food chain president’s opposition to homosexual unions. Same Sex Kiss Day is a reaction to comments made last week from Chick-Fil-A CEO Dan Cathy who supports the biblical definition of the “family unit”. REUTERS/Tami Chappell