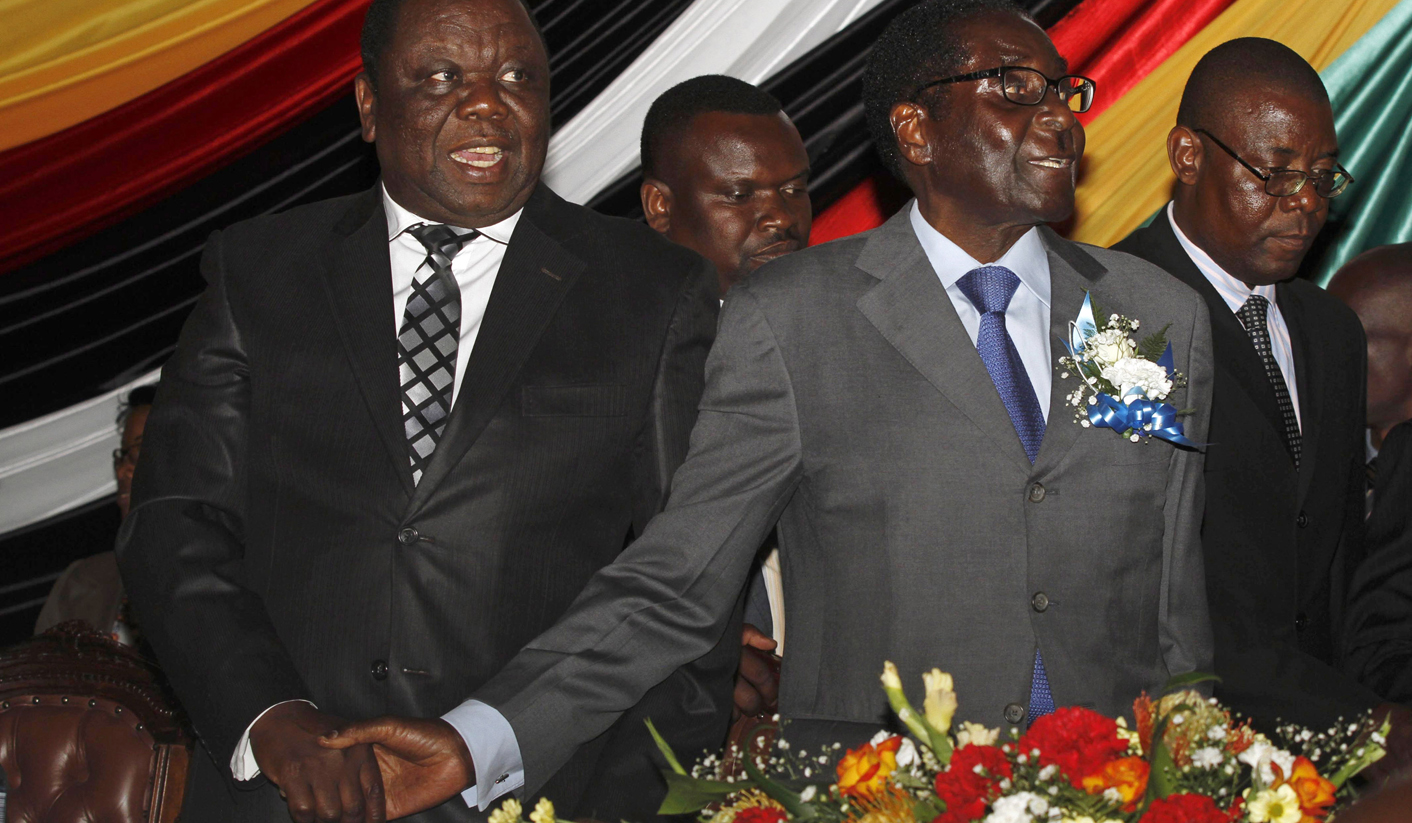 In Zimbabwe, democracy comes with a price tag. Referendums and elections don’t come cheap, and already the parties are squabbling over who is going to foot the bill. By SIMON ALLISON.

You might think democracy is priceless. You’d be wrong. In Zimbabwe, there’s a very definite price tag attached: $219-million (in case you were confused, that’s American dollars; the conversion into Zimbabwean is beyond the computing power of most calculators).

It’s a two-for-one deal. In the coming year, if all goes to plan – and it rarely does – Zimbabweans should vote twice: once in a referendum on a new constitution and again during national elections. According to the Zimbabwe Electoral Commission, the referendum will set the state back a hefty $104-million, while the elections required $115-million.

As a bonus, these elections will include three by-elections which should have been held this year. They were postponed when President Robert Mugabe successfully argued they should be delayed. His reasoning? They were too expensive. According to his estimates, the by-elections would set the state back around $38-million – that’s just under $13-million per member of parliament.

Zimbabwe’s situation is not unusual. Elections are a generally expensive business. In the United States, spending in preparation for next week’s elections is estimated to be nearly $6-billion, with campaign adverts taken into account. That’s more than twice the GDP of Lesotho. In fact, it’s only a few billion short of the GDP of Zimbabwe itself.

But the United States can afford expensive elections. Zimbabwe, alas, cannot. Finance Minister Tendai Biti came out last week and told the rest of his unity government quite bluntly that there’s unlikely to be enough money in the budget to fund the necessary democratic processes. He suggested that Zimbabwe look to foreign donors for assistance: to the likes of the European Union and the International Monetary Fund.

While it is probably perfectly true, Biti’s position supports the argument of his party – Morgan Tsvangirai’s faction of the Movement for Democratic Change (MDC-T) – that the elections should be delayed. The MDC-T is concerned that rushed polls will damage the country in the long term. It is also concerned it might lose: the ruling Zanu-PF, despite the many mistakes it has made, continues to enjoy significant popularity.

And Zanu-PF has not been slow to attack Biti’s financial concerns as political posturing. “Zimbabwe is not in the pockets of donors. The money for elections is there. We are going to have the elections once the President proclaims the dates,” said Zanu-PF MP Jonathan Moyo. “It is not up to Minister Biti to decide on this matter. His tricks are not going to delay the elections anymore.”

The state-run Herald newspaper added another criticism: “(Unnamed) Political party officials and analysts say opening the country’s electoral processes to foreign funders, including countries that imposed sanctions on Zimbabwe, would result in manipulation of the processes.”

It is a strange situation that the MDC-T and other opposition parties find themselves in: while they want to delay elections, Zanu-PF – not known as paragons of democracy – wants to hold them as soon as possible. There are two reasons: First, a rushed election and referendum might help to force through a constitution that the party is attempting to alter to protect the sweeping and unregulated powers of the president. Second, they want to make sure that the president himself is around to contest the elections – yet another medical visit to Singapore last week has fuelled rumours that he is unwell.

Suspiciously silent during this cross-party bickering is Jacob Zuma and his mediation team. These are exactly the kind of intractable disputes that the South African president is mandated to resolve, and yet there has been no public comment on the issue so far. Perhaps he is working behind the scenes; or, more likely, he’s got quite enough local issues to keep him busy.

Meanwhile, the real cost of Zimbabwean democracy is only getting higher. If the 2008 post-election violence is anything to go by, a mere $219-million might be the deal of the century. DM

Photo: Zimbabwe’s President Robert Mugabe (front R) and Prime Minister Morgan Tsvangirai (L) attend a conference of parties and civic society groups reviewing a draft constitution that, if adopted, will lead to Zimbabwe’s next election, at a hotel in Harare October 22, 2012. Rivals Mugabe and Tsvangirai made a joint appeal on Monday for tolerance in reviewing a draft constitution whose adoption will lead to Zimbabwe’s next election, expected next year. Mugabe’s ZANU-PF wants to overhaul some provisions limiting presidential powers while strengthening those of parliament. Tsvangirai’s Movement for Democratic Change accuses ZANU-PF of retaining power through vote rigging and political violence. REUTERS/Philimon Bulawayo