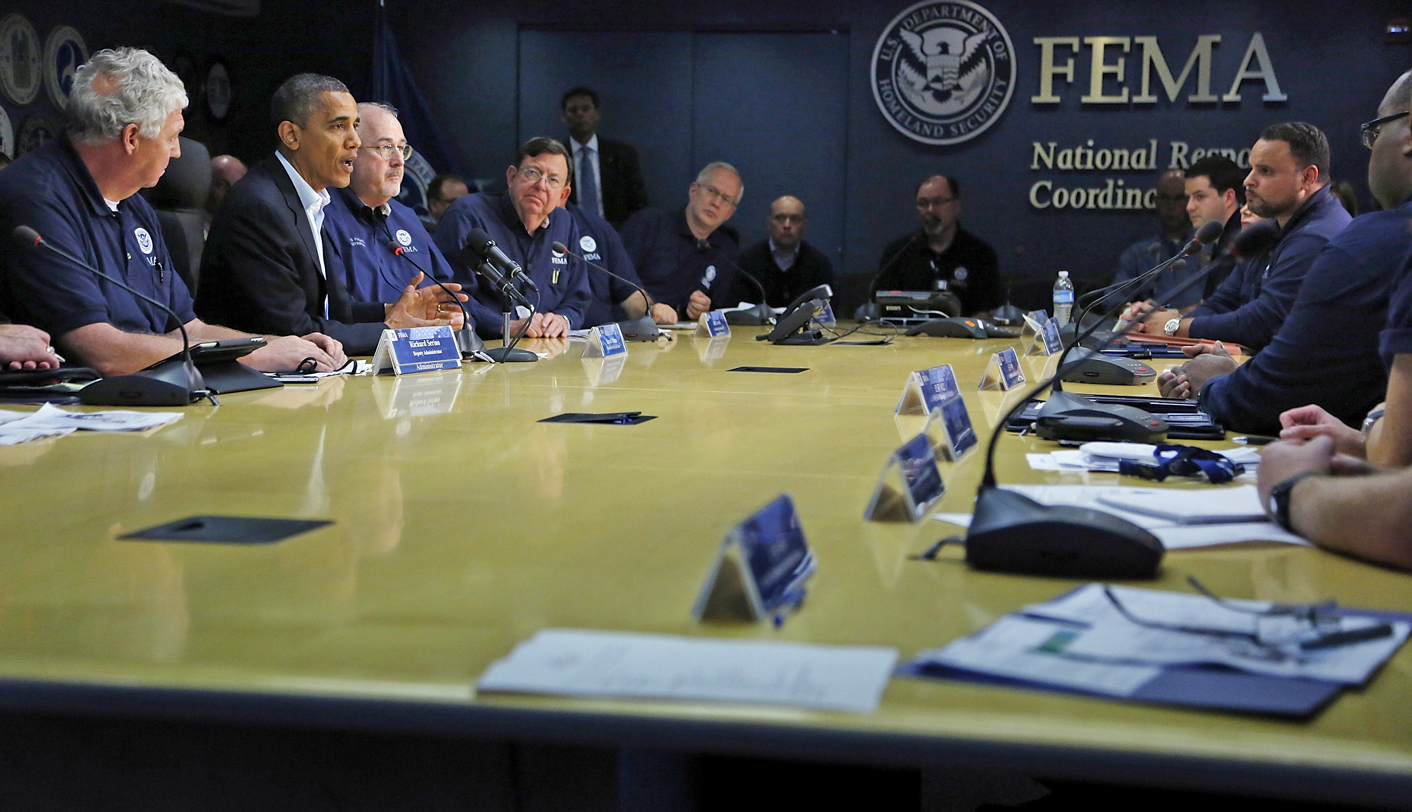 U.S. President Barack Obama will stay in Washington on Wednesday to oversee the response to Hurricane Sandy, canceling another day of campaigning roughly a week before Election Day, the White House said on Tuesday. By Jeff Mason.

Obama will be in Washington to “monitor the response to Hurricane Sandy and ensure that all available federal resources continue to be provided to support ongoing state and local recovery efforts,” White House spokesman Jay Carney said in a statement.

“As a result, the president will not participate in the campaign events that had been scheduled in Ohio tomorrow.”

Obama had already skipped political events on Monday and Tuesday to be in Washington for the storm and its aftermath.

He had originally been scheduled to hold political rallies in Ohio, a critical swing state that could determine who wins the Nov. 6 election.

Republican presidential candidate Mitt Romney on Monday canceled some of his political events, but his campaign announced he would hold rallies in Florida – another critical battleground state – on Wednesday.

On Monday both men tried to avoid coming across as overly political as millions of people across the eastern United States braced for the impact of monster storm Sandy, which dropped just below hurricane status before making landfall in New Jersey on Monday night.

Obama held a video-teleconference in the White House Situation Room on Tuesday about the storm with top members of his team, including Vice President Joe Biden, Homeland Security Secretary Janet Napolitano, and Craig Fugate, the heads of the Federal Emergency Management Agency.

“During the briefing the president expressed his concern for those impacted by the storm, as well as the heroic first responders who are selflessly putting themselves in harm’s way to protect members of their communities,” the White House said in a statement.

“The president told his team that their top priority is to make sure all available resources are being provided to state and local responders as quickly as possible and directed them to identify and resolve any potential bottlenecks or shortfalls should they arise.”

Obama received updates on the storm overnight, signed disaster declarations for New Jersey and New York, and spoke with governors and mayors whose states and cities were affected by the storm. DM

Photo: U.S. President Barack Obama (2nd L) attends a Federal Emergency Management Agency (FEMA) briefing about Hurricane Sandy, as it threatens the East Coast, at FEMA headquarters in Washington, October 28, 2012. Obama warned on Sunday that Hurricane Sandy was a “serious and big storm” and called on East Coast residents to heed the orders of state and local officials to protect themselves from its onslaught. REUTERS/Jonathan Ernst