The Miser: The character's cheap, but the story's pure...

The Miser: The character’s cheap, but the story’s pure riches 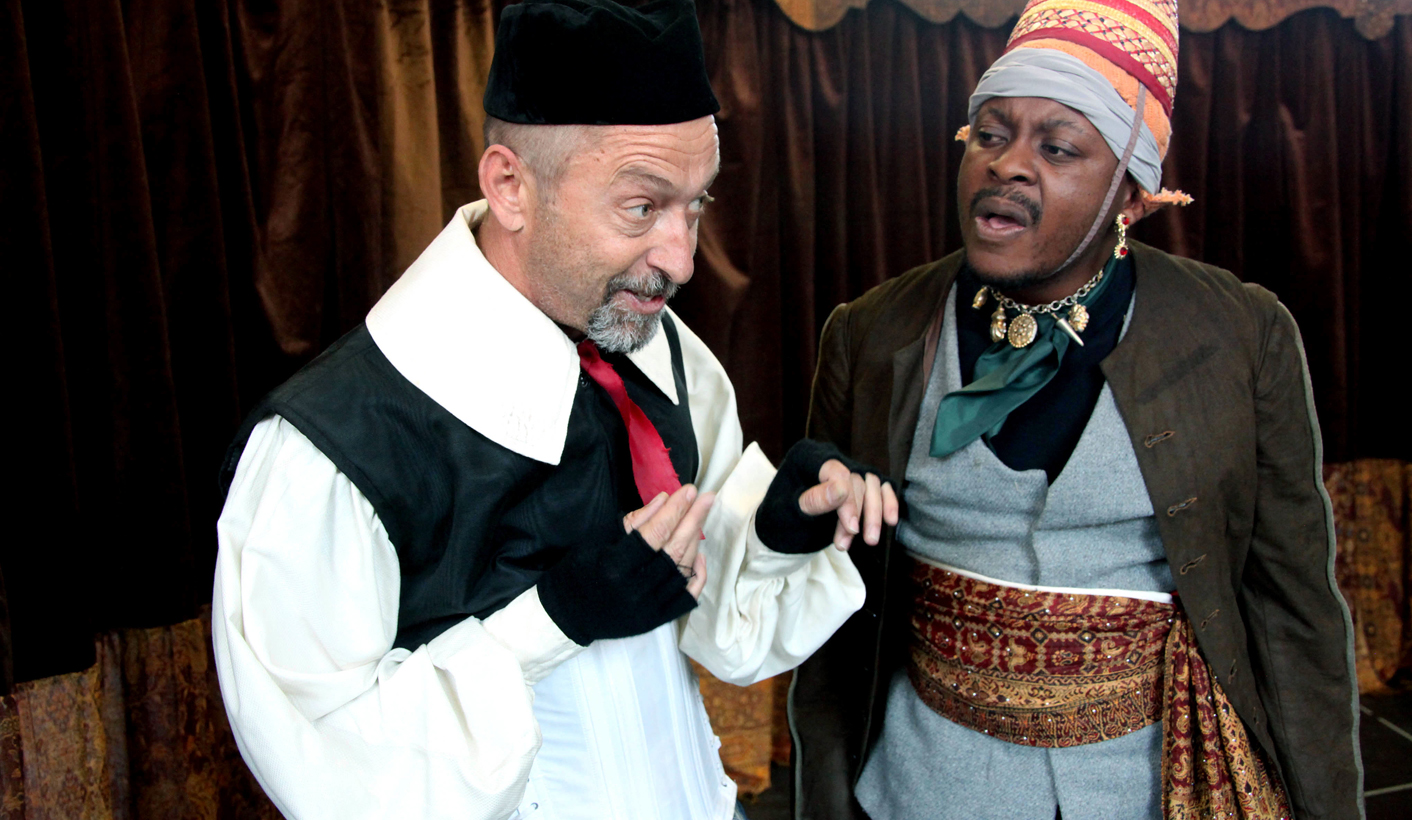 Director Sylvaine Strike has brought to life the 1668 play The Miser, and managed to give it a relevance and spunk one wouldn’t expect. The costumes are fabulous, the acting sublime, and the lessons no less true than they were centuries ago. Oh, and not to mention that razor-sharp script. By LESLEY STONES.

In theory, a play written in France in 1668 and presented in Johannesburg today could feel a fraction out of place.

The author Moliere was dead 200 years before Joburg came to life. Yet since history repeats itself, the ancient tale of The Miser is a magnificent piece of theatre even now.

Much of that is due to director Sylvaine Strike, who has created a new translation of the play in partnership with William Harding, so the language is entirely accessible.

But it takes far more than that to bring life to an old classic, and she’s done it superbly. The script is witty, barbed and insightful, the acting is outstanding, the comic touches of movement and expressions are superb and the costumes are amazing. It all comes together to create a deliciously over-the-top show bubbling with humour and satire.

You may spend the first few minutes wondering what kind of world you’ve walked into. It’s the world of Harpagon the miser, played brilliantly by Lionel Newton. He’s an old man, suspicious and vain, living for his money and castigating his foppish spendthrift son and willful daughter. Newton scrapes and flourishes around, visibly swelling when his minions flatter him to avoid his fearsome temper, too self-centred to notice he’s despised by all. It’s a demanding role and a fabulous performance.

Newton isn’t the only star, however. Two of my favourites were Jason Kennett as the imbecile manservant and Patricia Boyer playing a clutch of characters. Kennett makes his character far more than it could have been, with mannerisms that add hilarity to his meagre lines. He’s even a hoot playing a hadidah. Boyer swings from a rough coachman to a fawning matchmaker with ease, gathering some of the most ostentatious costumes on the way. Wardrobe designer Sarah Roberts has done a magnificent job creating extravagant frills and flounces, piling layer upon layer to create garments as ludicrous as their characters.

Thick curtains surround the stage to create a perfect hideout for snoops, spies and thieves and enhance the air of paranoia that permeates the household.

The Miser is Commedia dell’Arte in style, a type of theatre that evolved in response to political and economic crises and features stock characters like foolish old men and devious servants. In her director’s notes, Strike says the play is as relevant as ever in our world of fiscal crisis. You certainly think of our politicians as you see how the miser loves money above all, and swells to the chorus of flattery and fawning plied upon him.

It’s almost a precursor to farce or pantomime, with flamboyant characters, innuendos, misunderstandings and plenty of exits and entrances. But it’s far more sophisticated than any farce. Moli?re described it as a tragi-comedy, and there are indeed some poignant scenes around this man described as the least human of all humans.

Mpho Osei-Tutu sets the tone as a Moor with manic eyeballs, telling us – in more poetic words than these – that flattery will get you everywhere. To achieve what you want, pretend to be of their mind and share their opinions.

It’s not a political play as much as a social commentary, but since so much avarice and moral decay centres on our politicians, if wasn’t for the baroque music tinkling in the background we could have stumbled into parliament.

The pace is upbeat and laughs are continual from the script and the movements of the cast of eight. It’s delightfully ludicrous, and ludicrously delightful. DM

The Miser runs at the Market Theatre until December 9.