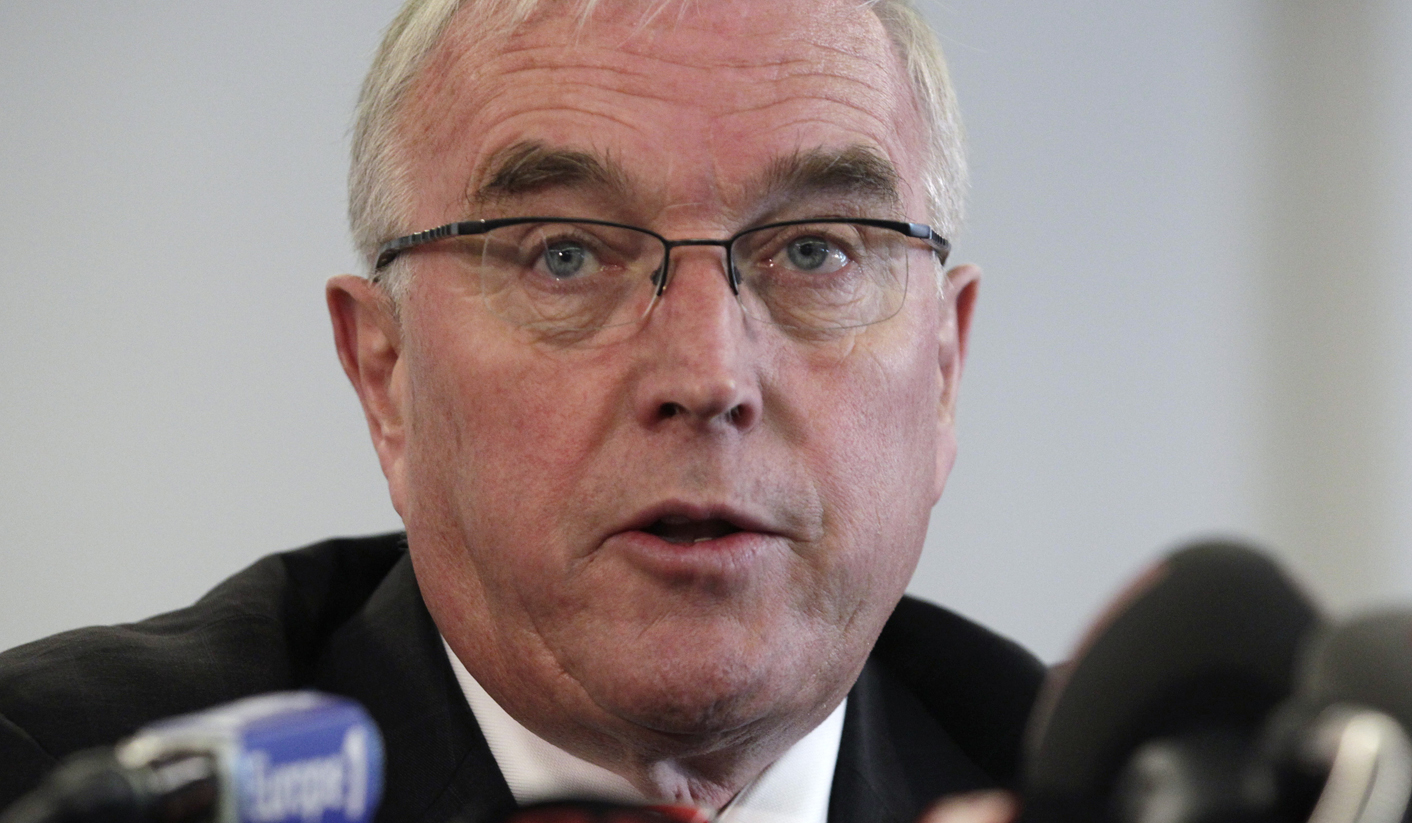 Lance Armstrong. The name has been cleaned from the scroll of cycling legends and added to file of cheats. That file’s gotten pretty thick and it’s time we get rid of the International Cycling Union bosses that hopelessly presided over the scandal. By GREG NICOLSON.

Cyclists struggle against so many factors that it can be hard to pinpoint what went wrong in a race. Misjudge a move and you’ll miss a breakaway. Don’t eat or drink enough and you’ll dehydrate or have a hunger flat. A crash can ruin your race even if it’s no fault of your own. A poor performance from one team member brings down the whole group. Then there’s the equipment. Punctures, the wrong choice of wheels, a broken chain – a bike is fraught with fallible parts. Let’s not even mention the weather or try to decrypt why today was your day and tomorrow you’re suffering to keep pace.

The sport’s a dream for an excuse-monger. You can finish in the bunch, blame a dozen factors and fool yourself into thinking you’ll be a winner tomorrow. Some riders can and will; others won’t take responsibility for a lack of training or dismal tactics.

The failure to take responsibility goes right to the top of the sport’s governing body, the International Cycling Union (UCI). The detailed report released by the United States Anti-Doping Agency (Usada) proving Lance Armstrong used performance-enhancing drugs throughout his career has damaged cycling like no other scandal, and it’s seen its fare share. Coupled with the Operación Puerto scandal, the Usada release recasts one of cycling’s most successful decades. Doping was so rife that the sport itself was riding on a lie.

The signs were always there. Armstrong’s career was famously accompanied by accusations of doping and his endless response that he’s never failed a drug test. Young, healthy, riders were mysteriously dying after seemingly innocuous events like visits to the dentist. Armstrong’s own teammates were either caught doping or would move to other teams and could never quite reach the same level of performance as when they were working for the Texan.

There were few top-level riders untouched by Operación Puerto, a Spanish investigation into a doctor assisting with drugs and blood transfusions that erupted in 2006. Yet UCI President Pat McQuaid and Hein Verbruggen, its past president and current “honorary” president, failed to hold proper investigations and continue to deny responsibility.

Three-time Tour de France winner Greg LeMond released a scathing letter on Thursday calling for their resignation. “Pat McQuaid, you know dam(n) well what has been going on in cycling, and if you want to deny it, then even more reasons why those who love cycling need to demand that you resign,” wrote LeMond, the first American winner of the Tour. “Pat, in my opinion you and Hein are the corrupt part of the sport. I do not want to include everyone at the UCI because I believe that there are many, maybe most that work at the UCI that are dedicated to cycling, they do it out of the love of the sport, but you and your buddy Hein have destroyed the sport.

“The problem for sport is not drugs but corruption. You are the epitome of the word corruption. You can read all about Webster’s definition of corruption. If you want I can re-post my attorney’s response to your letter where you threaten to sue me for calling the UCI corrupt. FYI I want to officially reiterate to you and Hein that in my opinion the two of your represent the essence of corruption.”

When the UCI was finally forced to strip Armstrong of his titles on Monday, McQuaid, whose term ends next September, said he has no plans to retire. After being accused of corruption by Floyd Landis, who has been stripped of his Tour win, and journalist Paul Kimmage, McQuaid and Verbruggen opened defamation cases. But a cloud remains over Armstrong’s $100,000 donation to the UCI made after he failed a doping test in the 2001 Tour du Switzerland.

What’s remarkable is McQuaid’s attack on riders like Landis and Tyler Hamilton. While both denied and fought their own doping charges, they later became key witnesses in exposing the sport’s culture of abuse. “Landis and Hamilton are being made out to be heroes. They are as far from heroes as night and day. They are not heroes. They are scumbags. All they have done is damage to the sport,” said McQuaid. “What good is (Hamilton) doing the sport? He’s on a personal mission to make money for himself.”

Hamilton’s response was straightforward: “Instead of seizing the opportunity to instil hope for the next generation of cyclists, he continues to point fingers, shift blame and attack those who speak out – tactics that are no longer effective. Pat McQuaid has no place in cycling.”

On Monday, McQuaid was on the defensive as he denied responsibility for the culture of doping and claimed to have made improvements in the sport. Yet he was an ardent supporter of Verbruggen and during both their tenures, dating to the late 1990s, there have been a string of doping scandals that show little has been done to clean up the sport. After each devastating case there was no improvement. To make things worse, those who made allegations against Armstrong, who was infinitely good for cycling’s popularity, were made into pariahs.

The UCI leaders want to blame everyone but themselves and at the same time claim that they’ve done good for the sport. They’re like the club rider who would rather blame a poor race on the weather than his fitness. But such riders are good for the sport. They’re there because they love it, so who cares if they offer the odd excuse? McQuaid and Verbruggen are not. They represent everything that’s toxic about cycling and give potential riders an excuse to try swimming instead. DM

Photo: International Cycling Union (UCI) president Pat McQuaid speaks to media during a news conference on the Lance Armstrong doping scandal in Geneva October 22, 2012. Lance Armstrong has been stripped of his seven Tour de France titles and banned for life after the UCI said on Monday it had ratified the United States Anti-Doping Agency’s (USADA) sanctions. On October 10, USADA published a report into Armstrong which alleged the now retired American rider had been involved in the “most sophisticated, professionalised and successful doping programme sport has ever seen”. Armstrong, 41, had previously elected not to contest USADA charges, prompting USADA to propose his punishment pending confirmation from cycling’s world governing body. REUTERS/Denis Balibouse