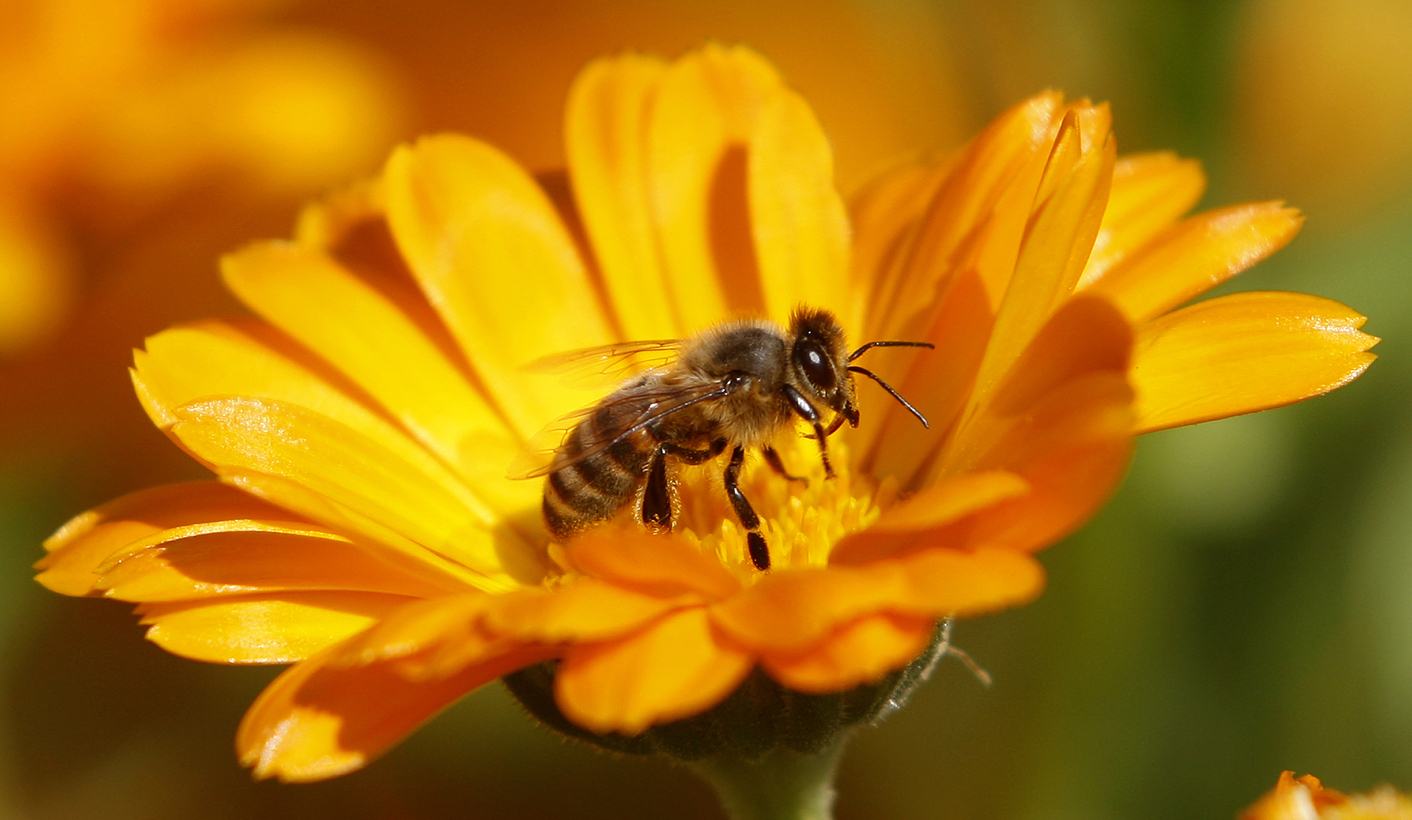 Pesticides used in farming are also killing worker bumblebees and damaging their ability to gather food, meaning colonies that are vital for plant pollination are more likely to fail when they are used, a study showed on Sunday. By Alister Doyle.

The United Nations has estimated that a third of all plant-based foods eaten by people depend on bee pollination and scientists have been baffled by plummeting numbers of bees, mainly in North America and Europe, in recent years.

British scientists said they exposed colonies of 40 bumblebees, which are bigger than the more common honeybee, to the pesticides neonicotinoid and pyrethroid over four weeks at levels similar to those in fields.

Neonicotinoids are nicotine-like chemicals used to protect various crops from locusts, aphids and other pests.

“Chronic exposure … impairs natural foraging behaviour and increases worker mortality, leading to significant reductions in brood development and colony success,” the scientists wrote in the report in the journal Nature on Sunday.

Exposure to a combination of the two pesticides “increases the propensity of colonies to fail”, according to the researchers at Royal Holloway, University of London.

A 2011 U.N. report estimated that bees and other pollinators such as butterflies, beetles or birds do work worth 153 billion euros ($200 billion) a year to the human economy and are in decline in many nations.

The findings underscored the importance of wider testing of pesticides to ensure they do not also target bees, it said.

France banned a neonicotinoid pesticide made by Swiss agrochemicals group Syngenta in June, citing evidence of a threat to the country’s bees. A report last month, however, said that the original research was flawed.

“My guess is that the decline of bees is like a jigsaw -there are probably a lot of pieces to put into place. This is probably a very important piece of that jigsaw,” lead author Richard Gill told Reuters of the findings about pesticides.

In a separate commentary in Nature, Juliet Osborne of the University of Exeter in England said the study underscored the need to understand all factors that may contribute to harm bees and to “Colony Collapse Disorder”.

“For example, we have as yet no convincing demonstration of the relative effects of pesticides on bee colonies compared to the effects of parasites, pathogens and foraging resources,” she wrote.

He said previous studies had mostly examined the impact of pesticides on individual bees, rather than colonies. Bumblebees form colonies of a few dozen bees, while honeybees can number up to tens of thousands.

“Effects at the individual level can have a major knock-on effect at the colony level. That’s the novelty of the study,” he said.

The average number of bees lost in the experiment – both dead in the nesting box and failing to return – was about two-thirds of the total for bees exposed to a combination of the two pesticides against a third for a control, exposed to neither.

Bumblebees exposed to a combination of pesticides were about half as successful at gathering pollen, used as food, compared to a control. They also devoted more workers to collecting food, meaning fewer were raising larvae.

Other experts said more research was needed. “It certainly wouldn’t be fair to say that this research spells doom for wild bees,” said James Cresswell of the University of Exeter. DM

Photo: A bee is seen sitting on a Marigold flower in a field of a private plantation near the village of Pishchalovo, about 220 km (138 miles) east of Minsk in this July 18, 2011 file photogaph. Scientists have discovered ways in which even low doses of widely used pesticides can harm bumblebees and honeybees, interfering with their homing abilities and making them lose their way. REUTERS/Vasily Fedosenko