Ernie Els: Big, but not so easy – especially in SA 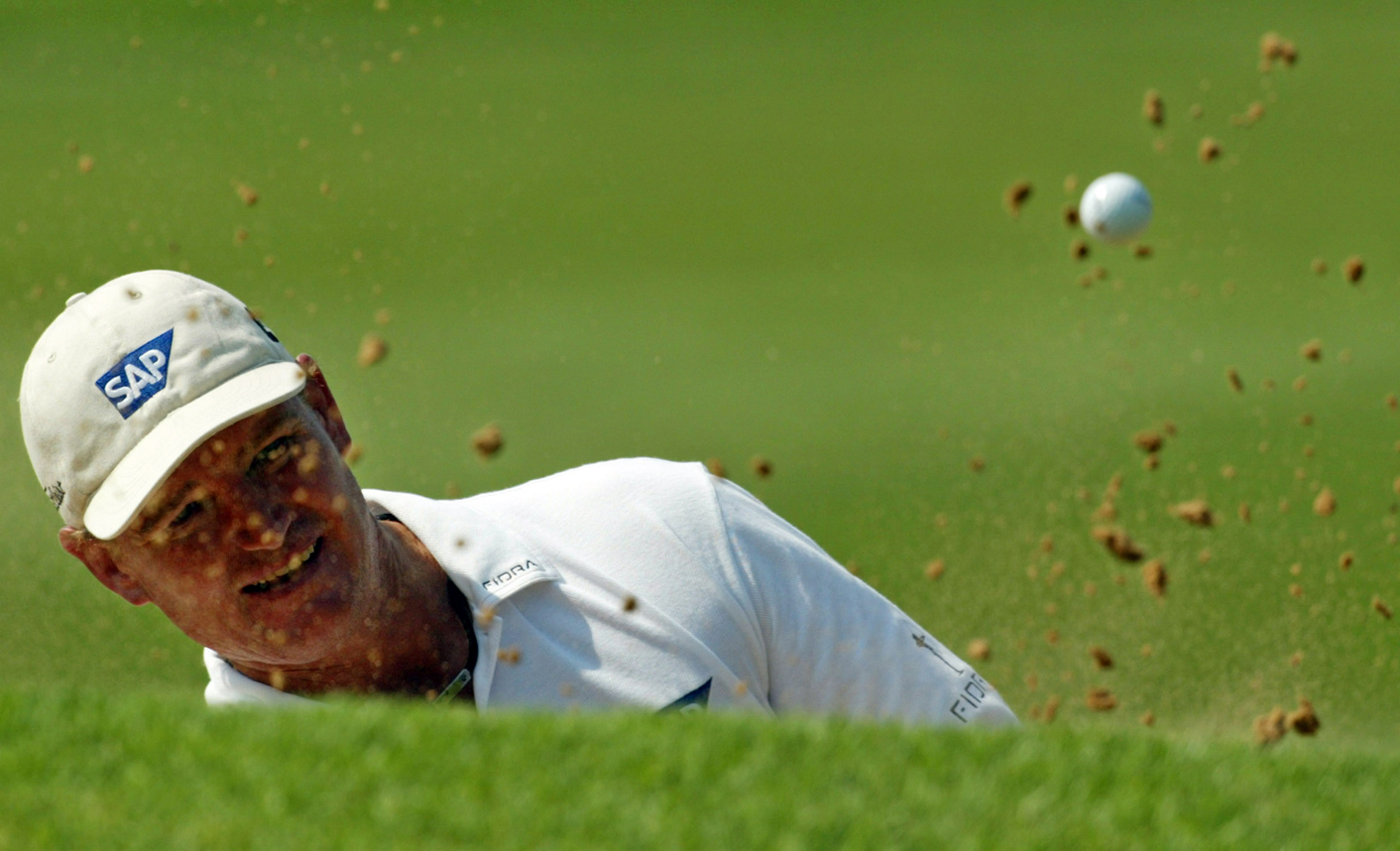 Ernie Els will not be coming to Sun City this year to play in the Nedbank Golf Challenge, as the four-time major winner continues to pick and choose when and where he plays in South Africa. But while Els has every right to pick his battles, he displays a disappointing reluctance to treat his passionate South African fans with the same commitment as he brings to the European and PGA (American) tours. By KEN BORLAND.

Since 2007, when Els – a former world number one and a truly global superstar who was voted on to the World Golf Hall of Fame in 2010 – arrived at the 18th hole of the Alfred Dunhill Championship at Leopard Creek, the Big Easy has only appeared in five tournaments in five years on South African soil. At Leopard Creek, he memorably came in with a two-shot lead over journeyman Englishman John Bickerton and promptly deposited two balls into the water surrounding the island green to register a triple-bogey 8.

But since, it’s been hard to pin down the same kind of passion. Even in those five tournaments, he has seemed a reluctant participant. His relations with the media – who in the most part are fawning much like the public – have been mediocre, with Els behaving more like a wounded old buffalo bull on the banks of the Crocodile River than one of South Africa’s greatest sporting heroes.

Nedbank Golf Challenge tournament director Alastair Roper on Thursday put a brave face on the absence of the player who would probably have been the tournament’s greatest draw-card, especially since his astonishing victory in this year’s Open Championship revitalised a career that seemed to be rapidly tailing off.

“Obviously as one of this year’s major winners, Ernie received an automatic invite and he was sent that immediately after the Open. In August I met with his management company and they indicated that he was finding it difficult to come back to South Africa this early in the year. He wants to spend time with the family and his kids, who will still be in school. They only break up around December 22 and he doesn’t want to take them out early,” Roper said.

Most of the South African media, used to the way Els treats them with disdain while fully living up to his nickname with the scribes on the European and PGA tours, are not buying the excuse.

Last year, Els was a noticeable absentee from Sun City for only the third time in 20 years because his form had not been good enough to earn an invitation. The Nedbank Golf Challenge sends invites to the defending champion, the four major winners – unfortunately none of them have accepted this year – and then according to the world rankings, the cut-off date this year being September 23. The winner of the Sunshine Tour Order of Merit is also guaranteed entry.

Els, who had dropped to 45th in the world in September 2011 when the field was decided upon, was reported as being less than pleased to have not been invited to Sun City, where he has won on three occasions and is a firm crowd favourite.

While he may be giving a figurative “up yours” and getting some payback against Roper and his team this year, he is also, at a stage in his career when twilight is surely approaching, alienating his most loyal supporters – which can never be advisable, especially for somebody who is now trying to drum up charitable support for research into autism, from which his son, Ben, suffers.

While Els’s absence will undoubtedly affect the gate at Sun City, it won’t make much of a difference. As Kevin Pietersen and Quade Cooper have recently learnt, and many more before them, no one is bigger than their sport, and 95% of the people smashing kegs of beer in their faces will be back again.

“There’s no doubt that Ernie’s absence last year was part of the reason we had two or three thousand fewer people,” Roper said. “But the weather also did not help the attendance. In 2011 we had 62,000 spectators, while in the previous year we had 65,000,” Roper said.

So Sun City are losing 5% of their crowd by not having Els there. But the Big Easy is surely losing way more than that in terms of his own personal brand on his home turf.

While Els, currently number 22 on the world rankings, will be missed, there is plenty of quality in the field.

Ironically, it is the player at the bottom in terms of world rankings who might become the new crowd favourite.

Nicolas Colsaerts, who made a sensational Ryder Cup debut with a 62 in the opening day fourballs, was the last player to be invited at 35th in the rankings, but Roper seemed ready to drop a couple of Rand on the Belgian.

“Colsaerts is so long off the tees. If his driver is working and he’s in the middle of the fairways most of the time, then he’ll definitely be a challenger,” Roper said.

Members of Europe’s Ryder Cup team who won their biennial tournament against the United States against all odds three weeks ago make up nearly 60% of the field, with Lee Westwood as the obvious favourite once again.

Westwood is looking to go one better than the back-to-back titles of Seve Ballesteros (1983-84), David Frost (1989-90), Nick Price (1997-98), Els (1999-2000) and Jim Furyk (2005-06) in becoming the first golfer to win three successive titles, but the recent form of fellow Englishman Justin Rose, who was born and lived in Johannesburg until he was five, suggests he faces the stiffest of challenges.

The recent form of Louis Oosthuizen, the leading South African in the field, will raise the hopes of local fans, while the presence of 2011 Masters champion Charl Schwartzel and Sunshine Tour Order of Merit winner Garth Mulroy should also help make up for the absence of Els.

Photo: South Africa’s Ernie Els play his ball out of the bunker at the 16th hole during the second round of the $4 million Sun City Golf Challenge in Sun City, South Africa December 2, 2005. Els finished two-under-par. REUTERS/Juda Ngwenya