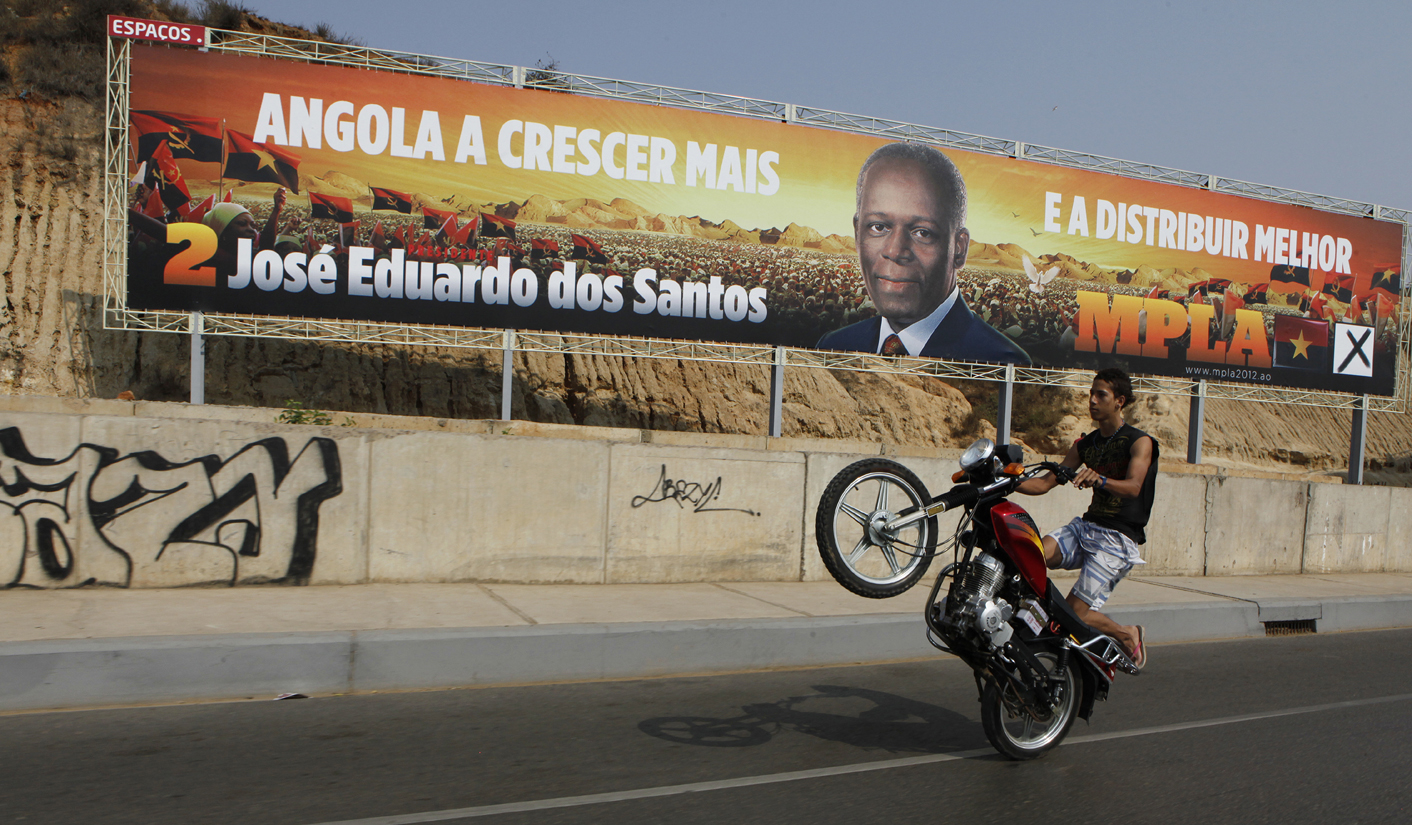 Sovereign wealth funds are the must-have fashion accessory for every rich and autocratic regime. Angola is late to the party, and its $5-billion in seed money is paltry compared to the big boys. Nonetheless, this will make Angola’s the second largest such fund in sub-Saharan Africa, and maybe, just maybe, diversify its oil-dependent economy. By SIMON ALLISON.

It was only a matter of time before Angola set up a sovereign wealth fund. Given the southern African country’s vast but finite oil reserves, it makes good business sense to invest some of its billions in other, less volatile areas, and sovereign wealth funds are currently the favourite way for resource-rich states to do just that.

Angola’s fund, to be known as the Fundo Soberano de Angola (FSDEA), will start with $5-billion in assets, immediately making it the second-largest fund in sub-Saharan Africa behind Botswana’s Pula Fund ($6.9-billion). Botswana established its fund in 1994 as a way to invest revenues from diamonds and minerals, and it has taken them all this time to build it up; few doubt that Angola, with its exponentially greater resources, will swiftly overtake it. Both countries, however, have a long way to go before they can match Algeria ($56.7-billion) and Libya ($65-billion) in Africa. Even these are small, compared to major global players in the sovereign wealth fund game like China (with a fund of $1.4-trillion), the United Arab Emirates ($804-billion) and Saudi Arabia ($538-billion).

“The economy is very one sided and very correlated to the volatility of oil prices,” José Filomeno de Sousa dos Santos, a member of the Angolan fund’s board, told The New York Times. “The aim is to create wealth for future generations.” He did not specify whether he meant generations of Angolans, or generations of the ruling Dos Santos family, of which he, as a son of president Jose Eduardo dos Santos, is a member.

In a country with one of the highest levels of financial inequality in the world – where a cheeseburger in a hotel costs as much as most people earn in a month – this is a fair question. And in fairness to Dos Santos junior, he did clarify his position in another statement: “There are still considerable challenges facing the country. However, we are committed to promoting social and economic development by investing in projects that create opportunities that will positively impact the lives of all Angolans today and to generate wealth for future generations.”

The FSDEA will take on the role as the state’s official investment vehicle, taking over from another fund managed by the state oil agency, Sonangol. This fund already has an impressive portfolio, particularly in Portugal where it owns significant shares in a number of banks and energy companies. Other Angolan investment funds have prospered over the last few years, none more so than the one managed by the president’s daughter, Isabel dos Santos (which also has close links with Sonangol). The Dos Santos family either has a flair for financial management, or there’s a little nepotism going on.

The latter makes more sense, taking Angola’s poor record on corruption into account. “The government’s bookkeeping is notoriously opaque,” The New York Times reported. Earlier this year, the IMF identified $32 billion missing from Sonangol’s books, and rights groups regularly describe corruption in Angola as “pervasive”. Not helping this perception is that even before the fund has been officially launched, Angola has employed global PR firm Grayling to manage its reputation for a hefty $500,000 fee. Most recently, Grayling has been in the news as the target of protests against its dealings with Belarus, Europe’s last dictatorship.

All of which begs the question: who is the new sovereign wealth fund really for? Will it help to redress Angola’s vast wealth imbalance, or merely make the gap even bigger?

Promisingly, Angola has indicated that in implementing the fund it will apply the Santiago Principles, a voluntary set of 24 regulations designed to keep sovereign wealth funds transparent and accountable. According to these, Angola will have to set very specific investment policies and publicly justify whenever it wishes to withdraw money from the fund.

There’s likely to be a long lead-in time between the announcement of the fund and any actual investment (in August last year, the Daily Maverick reported on the launch of Nigeria’s sovereign wealth fund; it has yet to disburse a single naira), meaning it will be a long time before we see any returns on investment, or how those returns will be used. DM

Photo: A motorcyclist rides past an election poster of the ruling MPLA party with the picture of President Jose Eduardo dos Santos in the capital Luanda September 2, 2012. REUTERS/Siphiwe Sibeko