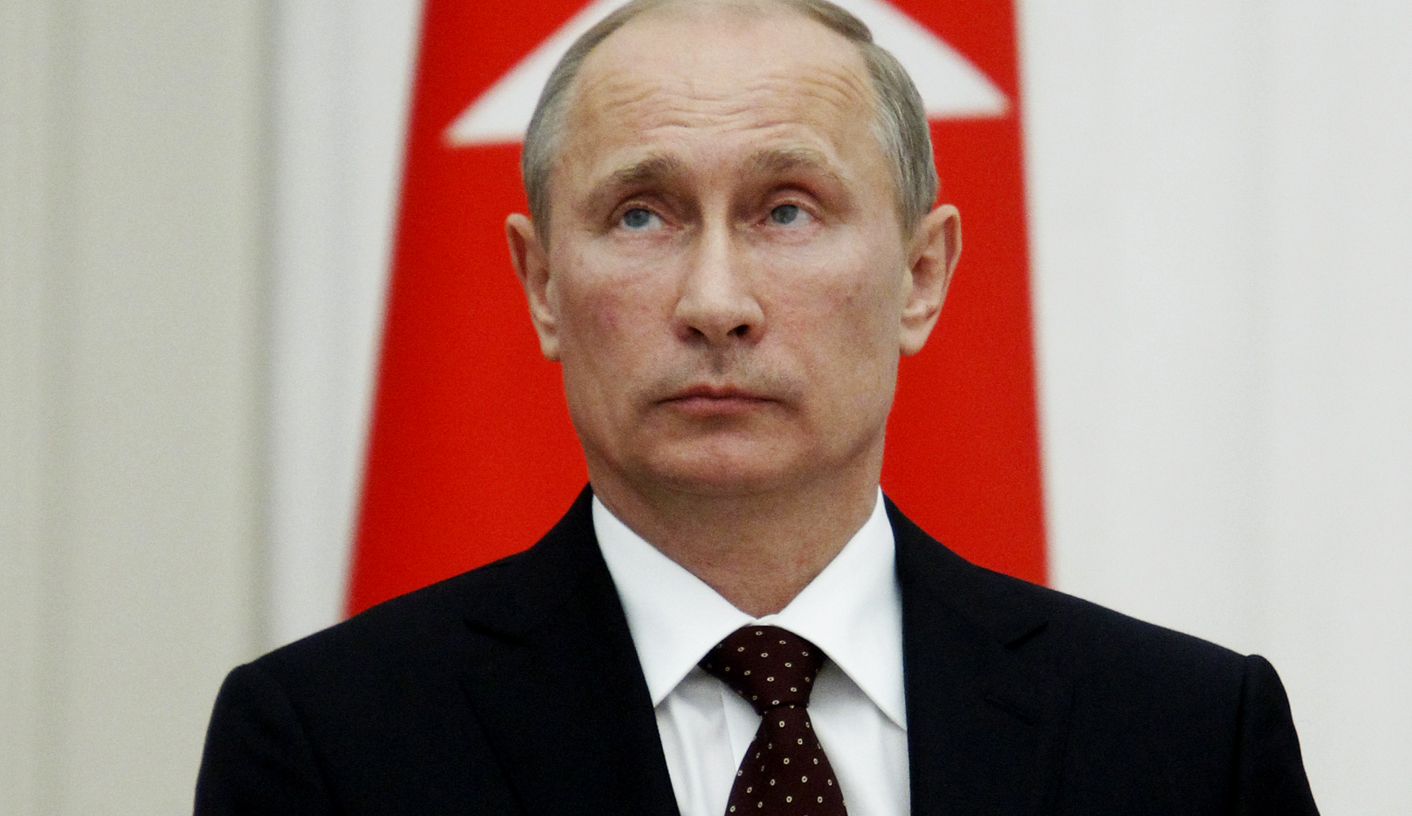 President Vladimir Putin told security forces on Tuesday that they must outsmart and outmuscle Islamist militants to prevent attacks on major events to be hosted in Russia like the 2014 Winter Olympics and the 2018 World Cup. By Thomas Grove.

Russia is working hard to prevent its image being tarnished by security problems at the events that will be watched around the world.

Islamist insurgents who wage nearly daily violence in Russia’s North Caucasus region have promised to attack the Olympics, which will be hosted in the city of Sochi, near the region the militants want to turn into an Islamic state.

“In the coming years, a whole series of very large political and sport events are going to be held in Russia, and it should be a matter of honour for law enforcement officials and special forces to do everything so that these events take place in a normal, businesslike, festive atmosphere,” Interfax quoted Putin as telling law enforcement officials.

While Putin did not mention Islamist insurgents by name, Russia’s security efforts at the Olympics are almost exclusively geared to preventing militants from reaching the venues.

“We have lots of tension and conflict hot spots here, but we also have enough strength, skills and means to deter possible threats,” said Putin, who has personally overseen Moscow’s successful bids to host large-scale sporting events.

Russia said in May authorities had foiled a plot by Islamist insurgents to attack the Olympics and confiscated arms, ammunition and explosives – including surface-to-air missiles.

Russia’s Anti-Terror Committee suggested in May that the plot was likely the work of insurgent group Caucasus Emirate, led by Chechen-born Doku Umarov, Russia’s most wanted man.

Umarov took responsibility for a suicide bombing at Moscow’s Domodedovo airport that killed 37 people in January 2011 and twin bombings that killed 40 people on Moscow’s metro in 2010.

Russia plans to spend $20 billion on its hosting of the 2018 World Cup by building stadiums in 11 cities, including Sochi, Moscow and St Petersburg.

Kazan, another city where the soccer games are to be held, was rocked by an attack on the region’s top Muslim religious leader earlier this year sparking fears of a rise in Islamist extremism beyond the North Caucasus region.

The insurgency, stoked by corruption, religion and human rights abuses in the North Caucasus, is rooted in two wars that Moscow fought with Chechen separatists in 1994-96 and 1999-2000.

Olympic officials have said that security at the games will be among the top priorities and a number of electronic surveillance methods will prevent any attacks on it. DM