Mauritania: We shot the President. Accidentally. (But we didn’t shoot the deputy.) 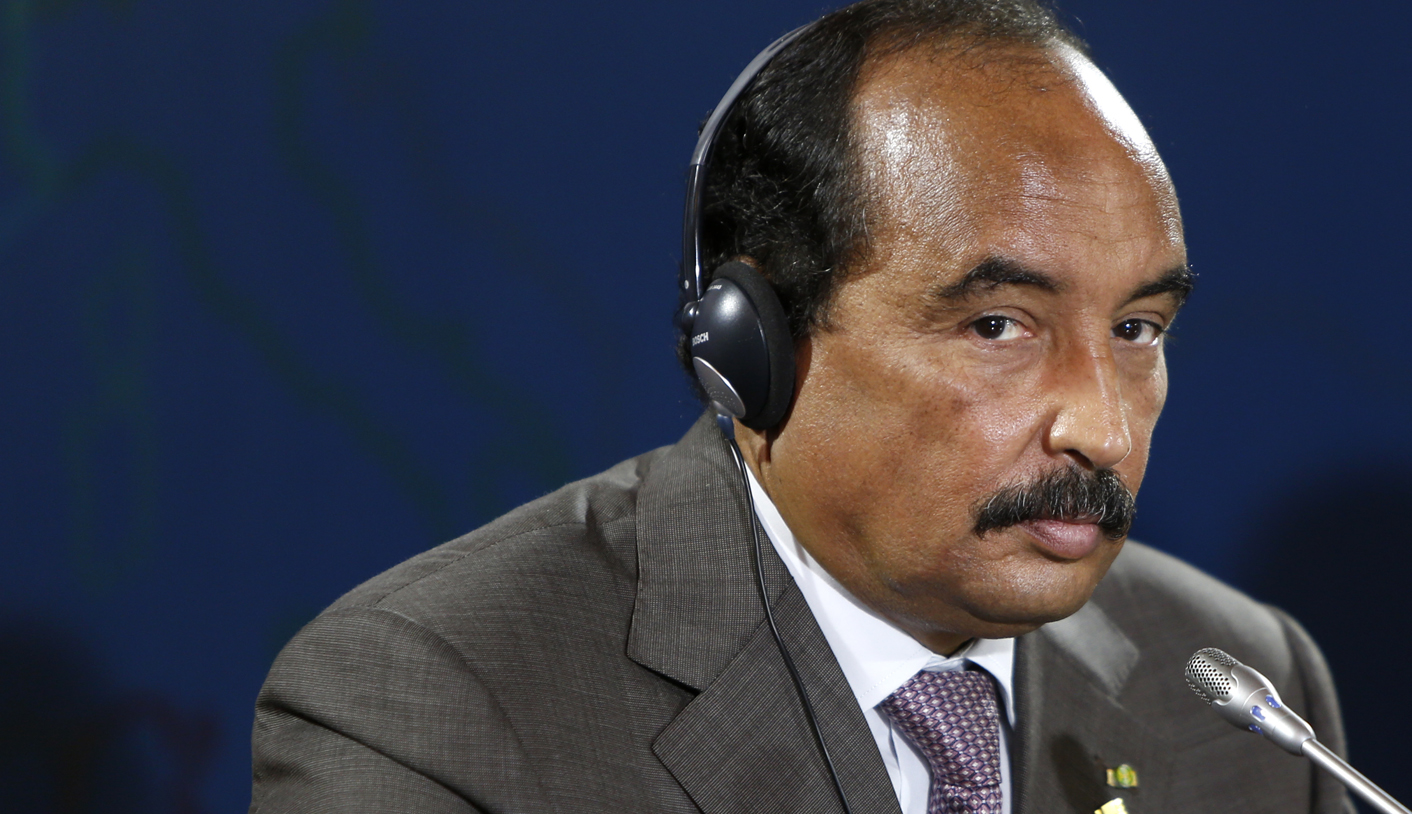 In what could rank as one of the worst ever days at work, Mauritania troops shot their own president Saturday, claiming they didn’t recognise his official convoy. Imagine trying to explain that to your bosses. Behind the gaffe, however, might be an assassination attempt. By GREG NICOLSON.

Mauritanian President Mohamed Ould Abdel Aziz was returning to the capital, Nouakchott, from his weekend getaway in Tweila on Saturday evening. He reportedly approached one of the military checkpoints 40 kilometres outside the city that have been conducting car searches and identity checks in recent weeks. “Jumpy” guards failed to recognise their leader and opened fire on a perceived security threat. Reports vary, but most confirm Abdel Aziz was wounded in the arm or abdomen or both.

The government quickly assured the public the shooting was an accident. “On his way back to Nouakchott, the presidential convoy was shot by a Mauritanian patrol… as they did not recognize his convoy,” Communications Minister Hamdi Ould Mahjoub said on television. “The president was shot on that occasion but he is lightly wounded and his life is not threatened.”

He was rushed to hospital in Nouakchott where he reportedly spent hours with doctors. Officials say he was able to walk into the hospital and on Sunday he broadcast a statement on the state-owned TVM channel from his hospital bed. “I want to reassure everyone about my state of health after this incident committed by error by an army unit on an unpaved road near Touela,” he said. “I want to calm all citizens… Thanks to God, I am doing well.”

A diplomatic source quoted in The Guardian had confidence in the government’s story. “We believe the shooting was an accident,” said the source. “Security forces have been on high alert for the last six days, jumpy, and were concerned that something might happen… We believe the shooting was an accident,” the diplomat added. “The situation has now returned to normal – the international airports are open and the virtual lockdown imposed after the incident has now been lifted.”

Despite reports he was recovering well in Nouakchott, Abdel Aziz was flown to the former colonial power France on Sunday for further medical treatment. Residents in the capital are said to have widely accepted the shooting was an accident, as the president can often be seen around the city with little security and could have more easily been targeted while walking or playing sport.

But it’s unknown what has happened to the soldiers who supposedly shot at the president and the “accident” is hard to believe. Governments in Mauritania are changed by coups. Nearly every leadership since independence in 1960 has involved the military. Abdel Aziz took office in 2008 after he and other army chiefs ousted President Sidi Ould Cheikh Abdallahi, who had been a rare commodity – an elected leader.

Recently, Abdel Aziz said that despite opposition calls for him to step down he plans to see his term through to 2014. “I have no intention of leaving power because I think that in a democracy, change must be done through the ballot box.” But opposition is mounting from both internal and external sources and he has enough enemies who want rid of him.

Opposition groups and lawmakers have at times painted the president as a despot unable to manage the country and accused him of diverting from the Dakar accords that led to his 2009 election. Protests flared during the Arab Spring but with little international coverage it was dubbed “the overlooked uprising” by Al-Jazeera.

In May this year, Sharif Nashashibi saw conditions that could have led to a revolution. “There is also the possibility, or perhaps even the probability, that the protests in Mauritania will intensify, mainly because the government seems not to have learned from the mistakes of other Arab regimes that are under threat. It has used a combination of repression and pledges of reform that have left Mauritanians unconvinced and more frustrated,” he wrote in The Guardian.

Commentators believe that if the attack was not an accident, the gunmen were more likely to come from an al-Qaeda linked group. Abdel Aziz has earned praise from the West for leading a military push against al-Qaeda in the Islamic Maghreb. It’s also earned him death threats and attempts on his life. The region is currently extremely hostile with both Islamist and Tuareg groups seizing control of vast areas in northern Mali and refugees flooding across the border.

The government called talk of an assassination attempt an overreaction. Neither protestors nor insurgents have been able to harm the president, and even his own troops could but scratch him. Yet, more questions are being asked now Abdel Aziz has been taken to France. The incident will be remembered as either an assassination attempt the government tried to hide or the worst day a Mauritanian soldier could possibly have at work. Imagine explaining that to your spouse. DM