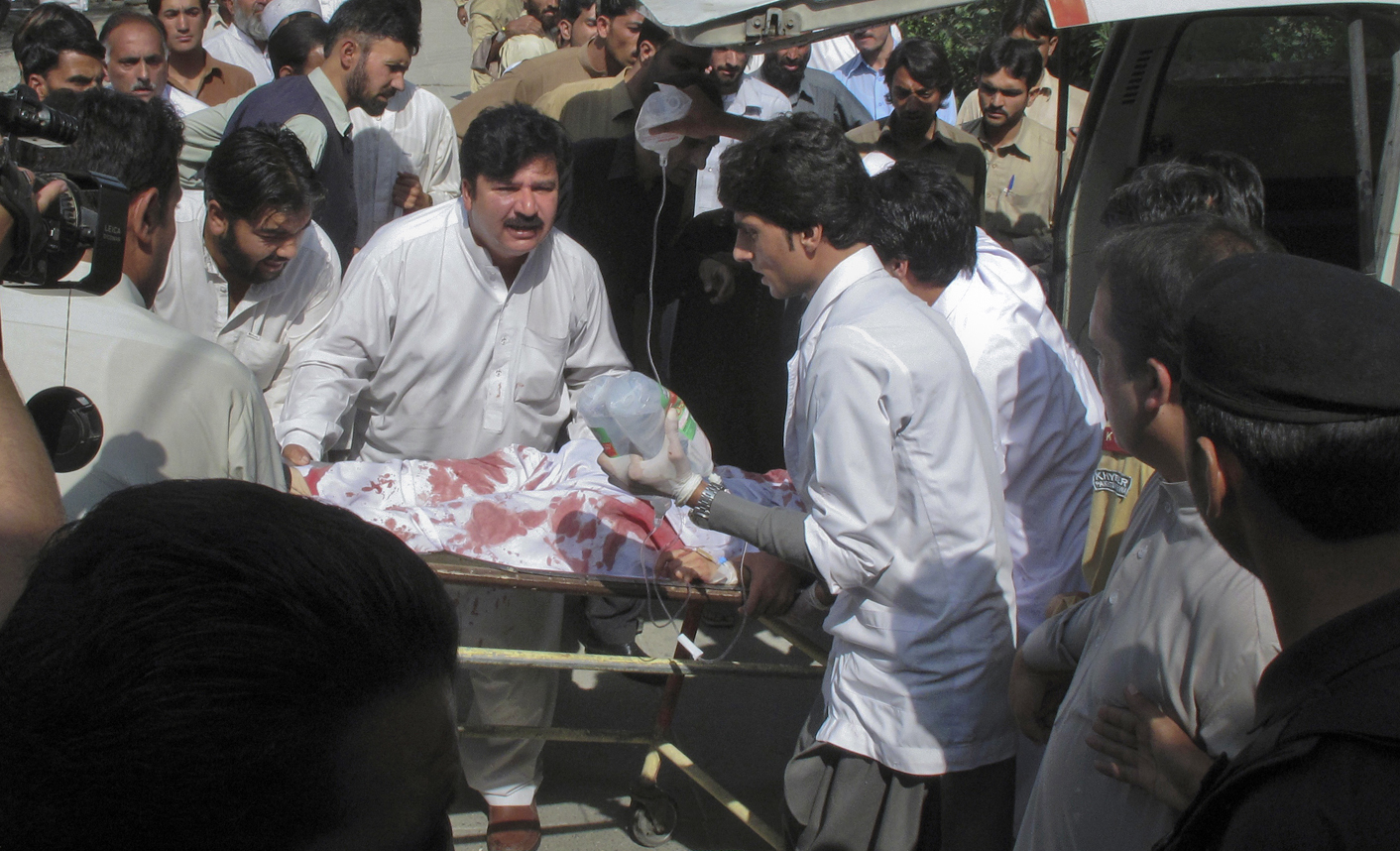 A 14-year-old Pakistani schoolgirl campaigner shot by the Taliban had defied threats for years, believing the good work she was doing for her community was her best protection, her father said on Wednesday. By Saud Mehsud.

Malala Yousufzai was shot and seriously wounded on Tuesday as she was leaving her school in her hometown in the Swat valley, northwest of the capital, Islamabad.

The Taliban claimed responsibility, saying her promotion of education for girls was pro-Western and she had opposed them.

The shooting has outraged people in a country seemingly inured to extreme violence since a surge in Islamist militancy began after the Sept. 11, 2001, attacks on the United States.

“She is candle of peace that they have tried to blow out,” said one Pakistani man, Abdul Majid Mehsud, 45, from the violence plagued South Waziristan region.

In the Swat valley, a one-time tourist spot infiltrated by militants from Afghan border bases more than five years ago, her family and community are praying for her survival.

Her father, Ziauddin Yousufzai, who ran a girls’ school, said his daughter had wanted to go into politics.

He said that of all the things he loved about her, it was her fairness – her democratic ideals – that he loved the most.

Malala, then a dimpled 11-year-old with dark eyes, shot to fame when she wrote a blog under a pen name for the BBC about living under the rule of the Pakistani Taliban.

The militants, led by a firebrand young preacher, took over her valley through a mixture of violence, intimidation and the failure of the authorities to stand up to them.

Even after the military finally went into action with an offensive in 2009 that swept most of the militants from the valley, it remained a dangerous place.

Her prominence came at a cost.

“We were being threatened. A couple of times, letters were thrown in our house, that Malala should stop doing what she is doing or the outcome will be very bad,” her father, sounding drained and despondent, said by telephone.

But despite the threats, he said he had turned down offers of protection from the security forces.

“We stayed away from that because she is a young female. The tradition here does not allow a female to have men close by,” he said.

Malala had spent many sleepless nights kept awake by gunfire, had been forced to flee her home with her two younger brothers and walked past the headless bodies of those who defied the Taliban.

Her parents also wanted her to have some chance of a normal childhood, her father said.

“We did not want her to be carrying her school books surrounded by bodyguards. She would not have been able to receive education freely,” he said.

Her parents thought she would be safe among their neighbours in the town of Mingora, nestled among the snow-capped mountains that earned Swat the nickname of the Switzerland of Pakistan.

“I never imagined that this could happen because Malala is a young innocent girl,” her father said. “Whenever there were threats, relatives and friends would tell Malala to take care but Malala was never fearful.”

“She would frequently say ‘I am satisfied. I am doing good work for my people so nobody can do anything to me’.”

Recently, Malala had started to organise a fund to make sure poor girls could go to school, said Ahmed Shah, a family friend and chairman of the Swat Private Schools Association.

“She had planned on making the Malala Education Foundation in Swat,” Shah said, adding that the Taliban used to print threats against her in the newspaper.

Classmate Brekhna Rahim said Malala “wished to have enough money and build schools in every village for girls in Swat”.

The entire Swat Valley was in shock over the shooting, she said, glued to their televisions and crying as they watched the endlessly repeated scenes of her being stretchered to hospital.

“Women and girls are sad as if they had lost a very close member of the family,” Rahim said.

“She was the life of the class,” said fellow student, Dure Nayab.

On Tuesday, a gunman arrived at her school, asking for her by name. He opened fire on her and two classmates on a bus.

Now her father is waiting for her to regain consciousness as she lies swathed in white bandages in a military hospital.

“Doctors are hopeful,” he said. “I appeal to the country to pray for her survival.”

Ziauddin Yousufzai said the shooting would stop neither him nor his daughter from their work.

He echoed the view of many people who said that the shooting was against Islamic law and against the culture of the ethnic Pashtun region, which forbids the targeting of women.

“We will focus even more on our work with more strength,” he said. “If all of us die fighting, we will still not leave this work.”

Her classmate Rahim put it another way.

“If the Taliban kill one Malala, they are thousands and thousands more brave girls like Malala in Swat.” DM

Photo: Hospital staff assist Malala Yousufzai, a 14-year-old schoolgirl who was wounded in a gun attack, at Saidu Sharif Teaching Hospital in the Swat Valley region in northwest Pakistan October 9, 2012. According to authorities, gunmen in Pakistan shot and seriously wounded Yousufzai on Tuesday for speaking out against Taliban militants. Yousufzai became famous for speaking out against the Pakistani Taliban at a time when even the government seemed to be appeasing the hardline Islamists. REUTERS/Hazart Ali Bacha