The war against Al-Shabaab: Round two begins now 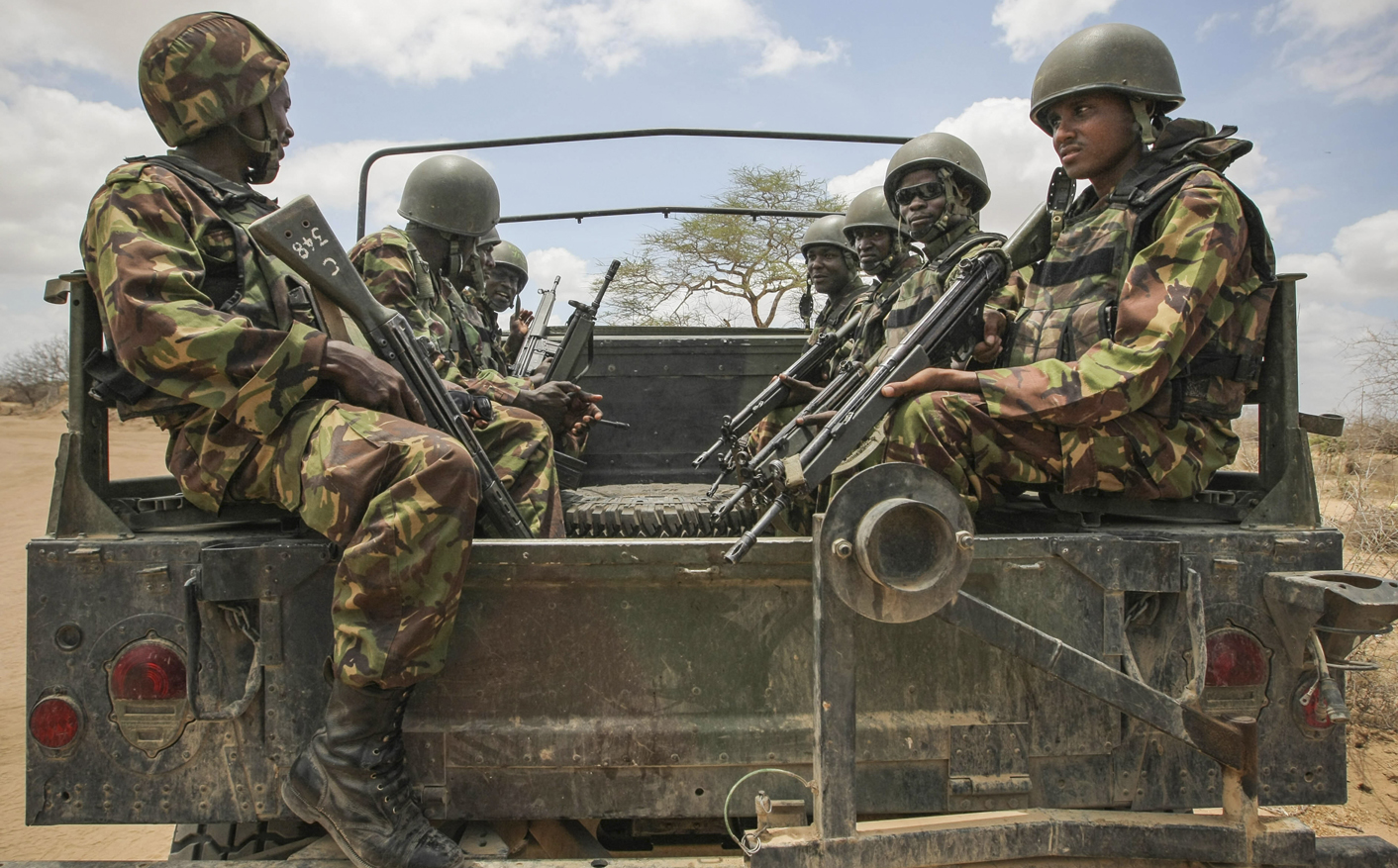 It’s taken Kenya’s army less than a year to cross the few hundred kilometres separating their border from the Somali port town of Kismayo, which until Saturday was the headquarters of Al-Shabaab. But Al-Shabaab isn’t finished yet. Like with the Taliban in Afghanistan, a guerilla war will really determine Somalia’s future. By SIMON ALLISON.

Finally, after a long, hard slog through the sand and mud and forests of Somalia, Kenyan soldiers are in Kismayo. This time they come not as captives or corpses being dragged through the streets by Al-Shabaab militants, but as liberating heroes to free the lucrative port from Al-Shabaab’s hitherto iron grip.

The oft-threatened last stand never came. Despite the bluster, most of the Islamist fighters melted away as the Kenyan army made its amphibious beach landings, leaving their last major stronghold – and main source of income and equipment – behind. The port city had become their de facto capital, and they will struggle to recover from its loss.

“This is a game changer for the people of Somalia, it is a defining moment,” said Kenyan President Mwai Kibaki in a speech a little too reminiscent of George W Bush’s pre-emptive speech declaring “mission accomplished” in Iraq. “A people long used to being subject of forces of terrorism that sought to engage in a siege mentality of extremism now have a good chance of restoring peace in their country, and engaging in productive economic and social opportunities.”

Kibaki does have some reason to celebrate, however. “By any measure it is a stunning reversal,” wrote David Smith in the Guardian. “Three years ago Somalia’s central ‘government’ controlled little more than a square mile of the capital, Mogadishu, while Islamist militants began to impose strict sharia law on most of the country. Today it is Al-Shabaab that has not only been driven out of the capital but (has relinquished) its last major urban stronghold, the port city of Kismayo.”

This has been achieved through the application of force – more than 17,000 soldiers worth. Operating under the ambit of the African Union Mission in Somalia (Amisom), troops from five African countries went on the offensive in late October last year, inspired by Kenya’s unilateral invasion earlier that month (Kenyan troops were only incorporated into Amisom months after they crossed the border). The aim was to destroy Al-Shabaab, which at that time had imposed its absurdly strict, literalist interpretation of Islam on most of southern Somalia.

Under Al-Shabaab’s rule, music and television were banned. So were games and sports; men were killed in Mogadishu in 2010 for watching football World Cup matches. Education was encouraged but limited to studying the Koran and Islamic law, and strict punishments introduced for transgressions: amputations and lashings were routine. It was all eerily reminiscent of life in Afghanistan under the Taliban.

It is to the Taliban that we should look for clues on what’s coming next. Al-Shabaab might be down, but it’s certainly not out. It still controls some smaller towns in the interior, and all signs suggest it is preparing for a long, drawn-out guerilla war. It’s unclear, meanwhile, what Kenya and the African Union are planning now they have effectively won the conventional war. How long will the soldiers remain on the ground? Who will be given charge of Kismayo and other cities captured along the way? Can authority and responsibility for security realistically be handed over to the notoriously corrupt and ineffectual Somali government?

In Afghanistan, the USA is still struggling to answer these kinds of questions, despite an investment of over a decade and hundreds of billions of dollars. While the Taliban has found it difficult to hold on to any territory, its local knowledge and residual support have allowed the group – which preaches a very similar ideology to Al-Shabaab – to wage a highly effective bombing campaign which has destroyed trust between foreign coalition forces and their local Afghan partners and made it impossible for the new Afghan government to function without hefty international protection.

This will be Al-Shabaab’s model. It’s a good one as far as fundamentalist militias are concerned, and it is hard to see how Somalia will escape a similar fate. Although the country has recently appointed a new government and drafted a new constitution, this process was highly unrepresentative and failed to address the substantive problems facing the Somali state. Foremost among these, of course, was what to do about Al-Shabaab – a question which is even more pressing after the group’s damaging but not fatal defeat in Kismayo. DM