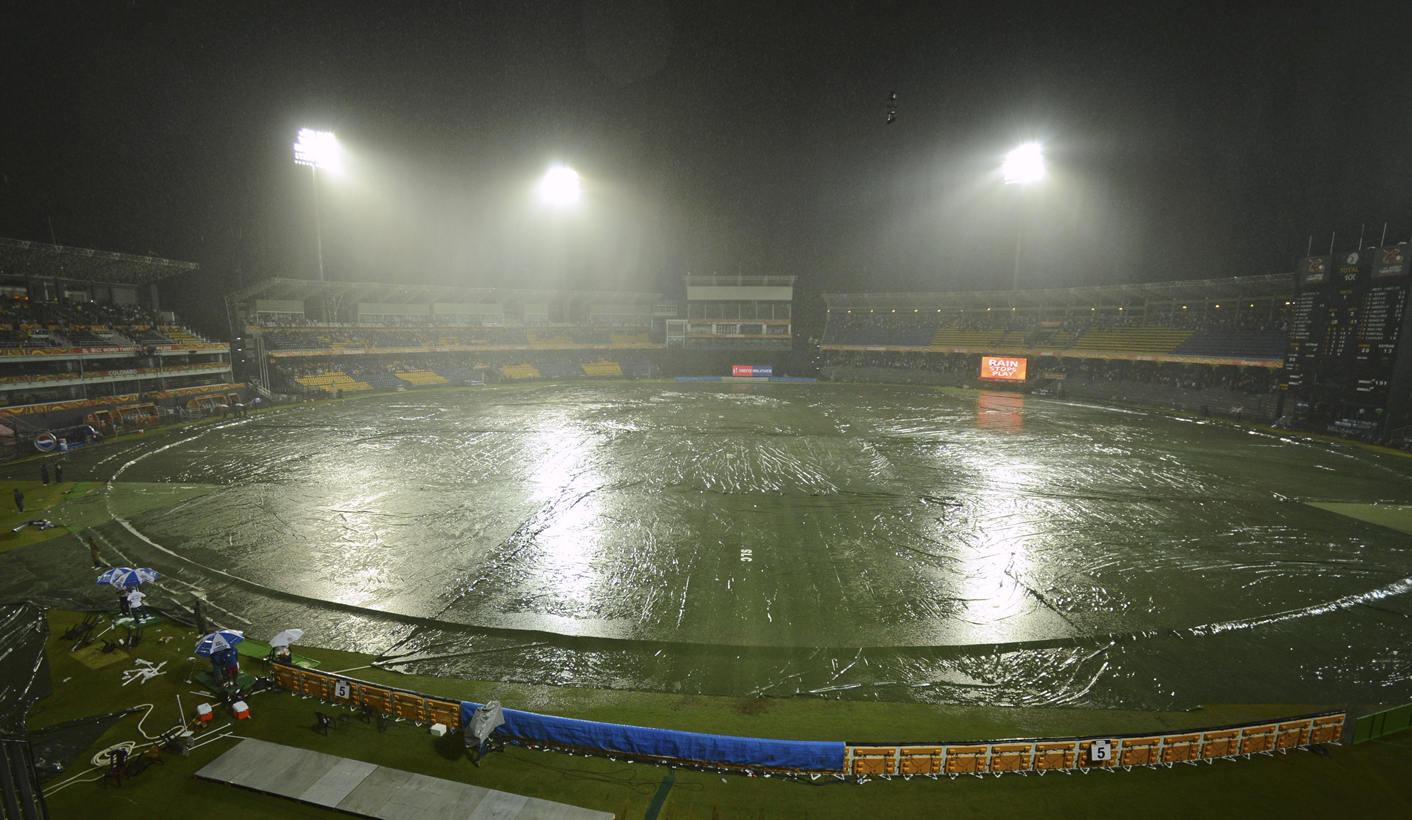 For a cricket tournament that has all the ingredients to be one of the most entertaining packages of all the hit and giggle tournaments on offer, the ICC World T20 has been nothing but an irritation. The lack of planning from the sport’s governing body doesn’t bode well for future plans, writes ANT SIMS.

Here’s a really clever idea: scheduling a sports tournament calls for no — right in the middle of monsoon season in Sri Lanka.

Doesn’t sound too clever, does it?

That’s exactly what the International Cricket Council has done with the World T20 currently taking place. They defended their decision by saying that it was the only free time the Future Tours Programme had available.

Three matches have been affected by rain thus far. The big showdown between South Africa and Sri Lanka was reduced to a laughable seven overs a side in Hambantota on Saturday while Australia and the West Indies had to settle the score via the Duckworth-Lewis method after the heavens opened up halfway through Australia’s chase.

The big disgrace was the match on Monday between the West Indies and Ireland. For the first time in the tournament, both teams actually had something to play for.

The winning team would have progressed to the next round — unless, wait for it — the game were rained out, in which case the Windies would progress because of their net run rate.

Guess what happened just a few overs in.

Players returned to the field a short while later with only one over lost either side, but Ireland looked completely lost after coming back out. They spluttered their way to 129-6 and while it was a measly total which they were unlikely to defend, the rain came down before the West Indies even got a chance to step out onto the pitch. And that was that, Ireland’s tournament had come to an end.

Things are only going to get worse. The tournament runs until Oct. 7 with heavy rains expected in Colombo – one of the host cities of the tournament – right until the final takes place.

It’s bad news for the ICC as poor attendances and incredibly one-sided contests have already dampened the excitement of what could have been a very exciting tournament.

The drenched match between South Africa and Sri Lanka has been the only game to draw viable interest from the locals, but authorities are looking to beef up security after fans clashed with police in Hambantota after the hosts lost. Residents stormed the ground after they were told the match had been sold out.

Camillus Abeygunawardena, a top security officer for the tournament, said that while scenes outside the ground were unruly, there were no reported incidents inside the stadium.

Hambantota won’t host any more matches and armed security has been deployed at team hotels where floors occupied by players have been declared out of bounds for other hotel guests.

It’s been just over a decade since T20 cricket came to the fore. Since then, it has spawned not only a plethora of domestic leagues which generates interest from sponsors and bookies alike, but it has — to an extent – helped ease a  gimme-gimme generation into the nuances and intricacies of the game.

For those reasons, one would assume a tournament organised by the sport’s government body would be primed and planned to perfection in order to ensure optimal exposure and maximum interest and minimal effort. It’s a simple equation: produce good content and the crowds will come.

Instead, the tournament has been nothing but a damp, drab irritation. The scheduling of some the group stages have been peculiar, with two teams — Zimbabwe and Afghanistan – being eliminated before Pakistan had even started their campaign. The timing is also awkward, with the opening encounter pitting the hosts against a lowly-ranked Zimbabwe and before the Super Eights come around. Some teams will have had almost a week off while those playing their last group matches on Monday and Tuesday would only have had three or four days to regroup.

So, while some teams are taking some well-deserved time out to go surfing, fishing or to recover from tummy bugs, others are still made to sweat it out or battle against the rain to seal their spot in the next round.

At the launch of the event last year when asked whether there were concerns, former ICC CEO Haroon Lorgat admitted that it was an issue, but one which was out of their control.
“Years ahead of commencement of any major event I worry about the weather,” he said. “Anyone staging a global event has got certain things beyond their control and unfortunately weather is one of them. We have serious levels of concern over that. Such is Mother Nature, that you cannot control that and you can do your utmost to schedule wisely.”

He added: “Weather patterns across the world are changing. We have done those studies and have looked quite hard at the figures that have come from those weather offices and we have got to hope that the tournament goes well and the final is held without being rain affected.”

That the ICC went ahead to host the tournament despite admitted concerns around weather is laughable.

At the moment it’s looking a bit like the sport’s governing body couldn’t organise for people to get drunk in a brewery. Their denial of their flawed planning doesn’t help the cause. If the current planning, or lack thereof, is anything to go by, it really doesn’t bode well for the ICC’s proposed Test Championship, but that’s a discussion for another rainy day. DM

Photo: The rain falls during an ICC World Twenty20 group B match between Australia and the West Indies at the R Premadasa Stadium in Colombo September 22, 2012. REUTERS/Philip Brown