Poll: Obama solidifies lead over Romney, ahead by five points 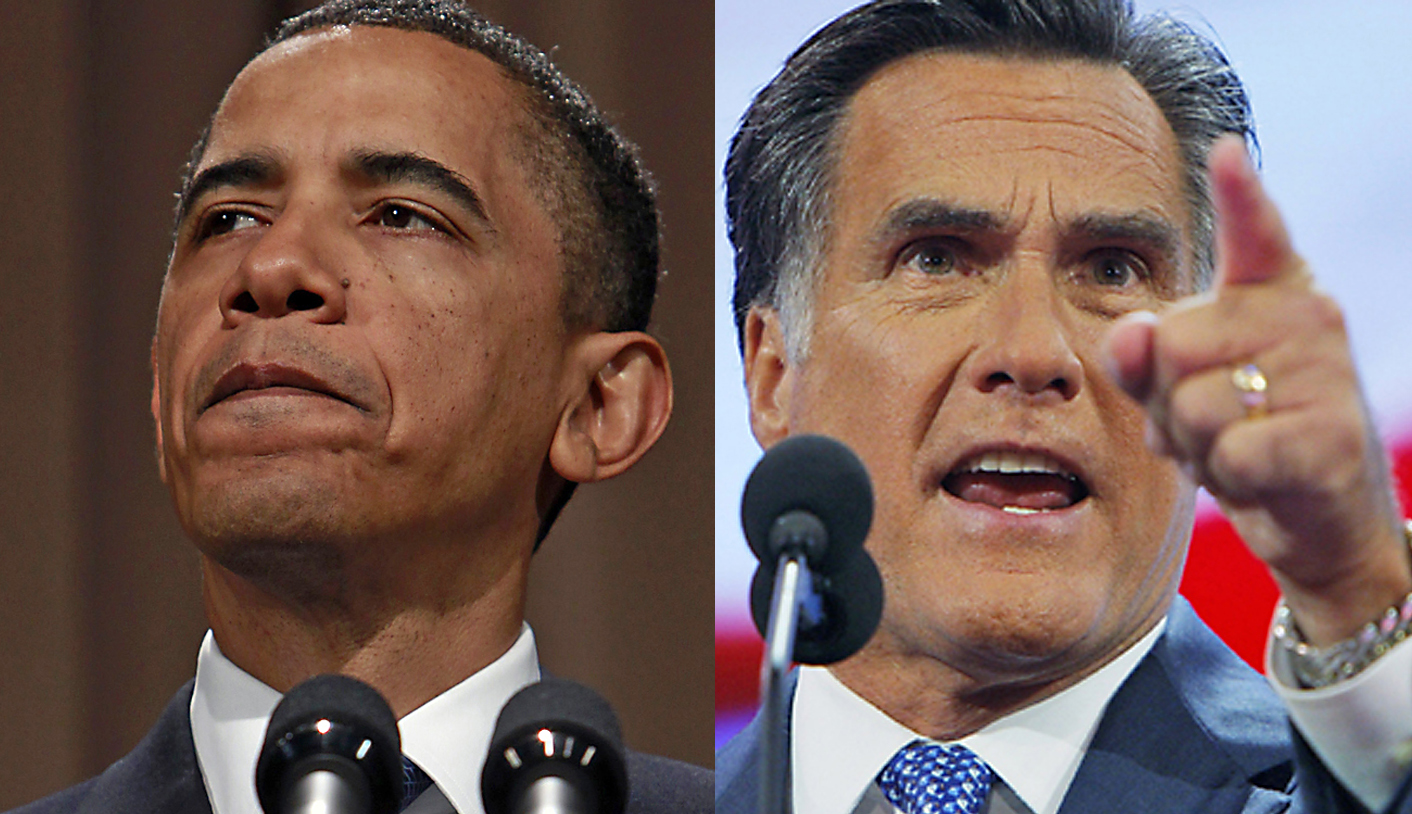 President Barack Obama maintains a lead of 5 percentage points over Republican Mitt Romney as he solidifies his advantage in the U.S. presidential race, according to a Reuters/Ipsos poll released on Thursday. By Andy Sullivan.

Obama leads Romney among likely voters by a margin of 48 percent to 43 percent, the daily online tracking poll showed. Obama has led the poll since Sept. 7, shortly after the Democratic convention.

Obama led Romney by double-digit margins on a range of personal attributes, from likability to whether he will protect American jobs to whether he appears presidential. Romney only led on the question of whether he was a “man of faith,” by 43 percent to 34 percent.

Obama’s lead has changed little over the past week as Romney has suffered a series of setbacks – most notably the Monday release of a secretly recorded video that showed the Republican candidate dismissing Obama supporters as welfare recipients with no sense of personal responsibility.

The video has dominated headlines but is unlikely to sway independent voters who will pick their candidate based on the state of the economy, Clark said. As voters conclude the economy is moving in the right direction, however tentatively, they appear to be moving toward Obama.

Clark said she expects the polls to tighten a bit but gives Obama a 70 percent to 80 percent chance of winning the Nov. 6 election.