View from Beijing: The Bo Xilai affair and the looming leadership changeover 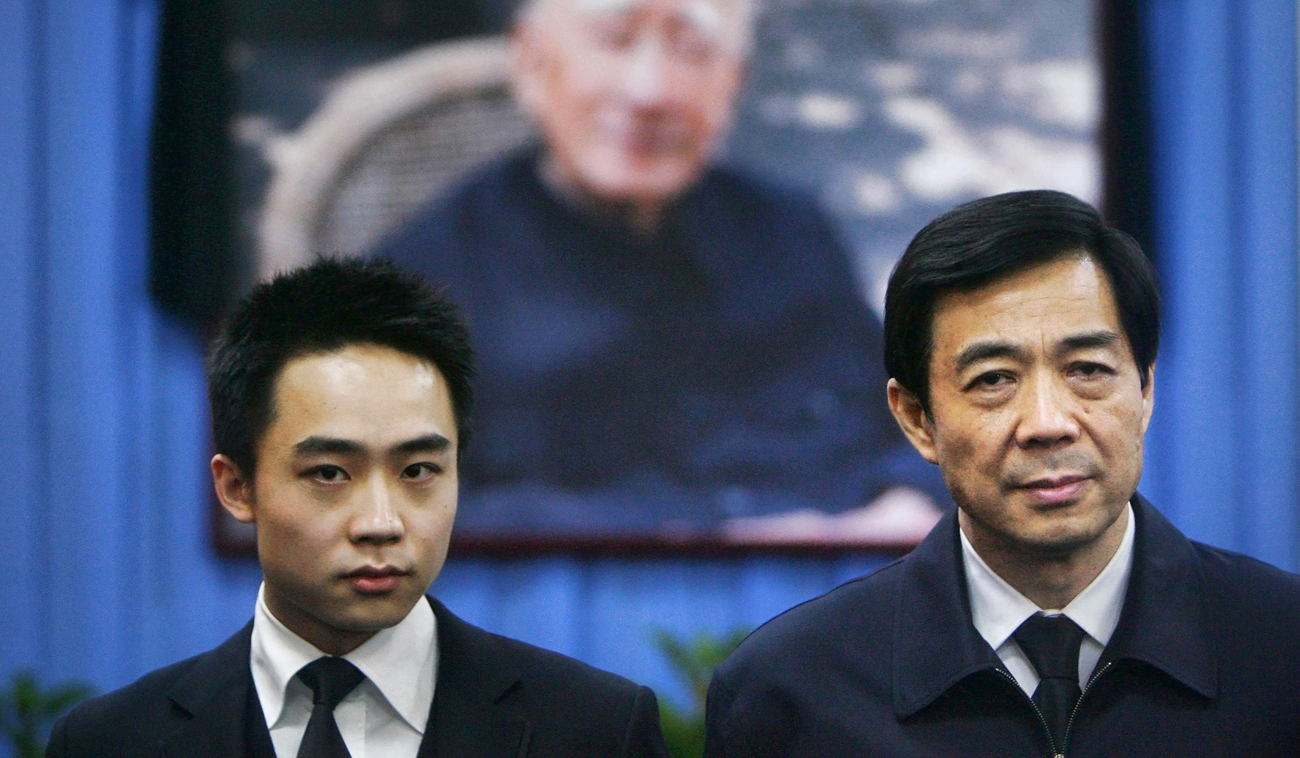 Amid rumours that the transition to a new Chinese leadership will take place in mid-October, a key player in the Bo Xilai affair has just been charged in Chengdu. The affair, the biggest scandal in the People’s Republic in decades, has all of the ingredients to derail plans for a “smooth transition”—but Communist authorities are doing everything in their power to ensure that it doesn’t. KEVIN BLOOM reports from Beijing.

Driving from the airport into the Dongcheng district of central Beijing last Saturday, I noticed the signs and signifiers of China’s economic heft were all present and accounted for—the glass and concrete towers of the financial institutions that act as the world’s bankers, the logos of the mining conglomerates that bring in the resources to fire the country’s (still) prodigious growth, the porticos of the luxury hotels where some of the planet’s biggest deals are negotiated and sealed. There were also, of course, the brutalist facades of the Chinese parastatals, which, like the ubiquitous black Audis of the party apparatchiks, signified that you were no longer in Kansas, Dorothy.

On Thursday, 6 September, on the front page of a copy of China Daily in my hotel lobby on Nanheyan Street, one picture was dominant: President Hu Jintao, smiling and resplendent in a tailored black suit, shaking the hand of US Secretary of State Hillary Clinton, also smiling and resplendent in a tailored black suit. “Talks focus on partnership,” said the headline, and like all news articles that employ those two words—ie., “talks” and “partnership”—the body of the piece said nothing. A key development in the most serious political crisis in decades was relegated to four columns of about three inches on page two.

Wang Lijun, Chongqing’s former deputy mayor and police chief, had been charged with bending the law for selfish ends, defection, abuse of power, and bribe-taking by the Chengdu People’s Procuratorate. The prosecuting body, according to Xinhua, had filed the charges against Wang on Wednesday, 5 September. The piece went on to précis the reasons for the charges, and noted the following with respect to one of them: “[Although Wang] had known beforehand that Bogu Kalai was under serious suspicion of murdering Neil Heywood, he consciously neglected his duty and bent the law for personal gain so that Bogu Kalai would not be held legally responsible.”

The explosive background to the case was not in the Xinhua report, and given that the People’s Republic is now mere weeks away from a changeover in leadership, the reasons for the omission can be safely guessed at—put simply, the top party brass have been trying to put the worms back in the can for almost a year now.

To recap briefly, what may have been just another story of corruption and intrigue in Chinese politics moved to a whole new level in February 2012, when Wang sought refuge in the United States consulate in Chengdu, telling staff that he feared for his life and was holding incriminating information against his boss. The incident was escalated immediately to Washington, because Wang’s boss was none other than Bo Xilai, member of the Central Politburo and secretary of the Communist Party’s Chongqing branch. As the US consulate staff also knew, Bo was the son of Bo Yibo, one of the eight elders of the Communist Party of China, and was considered a likely candidate for promotion to the elite Politburo Standing Committee when the party’s 18th National Congress rolled around later in the year.

According to media reports and online posts, Wang had clashed with Bo after suggesting to him that his wife, the abovementioned Bogu Kalai (known informally as “Gu”), had poisoned and killed a British ex-pat by the name of Neil Heywood. A Harrow-educated Mandarin speaker who’d lived in China for more than a decade, Heywood had been acting as a so-called “white glove” for the Bo family, doing business on their behalf.

In the months following Heywood’s murder in November 2011—a murder for which Gu was handed a suspended death sentence in July 2012—it emerged that Gu’s sisters controlled a web of businesses stretching from Beijing to the Caribbean worth at least $126 million. However, overseas Chinese-language news sites were reporting that Gu told investigators she transferred as much as $1.2 billion into foreign accounts. It was Heywood’s threat to expose the scale of the corruption that apparently led to Gu ordering his murder.

Still, political observers and China wonks are in agreement that Wang, not Bo or his wife, is the man most hated by Chinese officialdom. By going to the Americans, the former police chief forced the party into the unprecedented position of having to deal with the scandal in public. And in a year when Xi Jinping is expected to take over from Hu Jintao as president, the political elite can ill afford the rift that would arise from alienating Bo’s supporters.

There’s a lot that’s still unclear about the matter, and one of the questions is this: seeing that the Chinese authorities have just charged Wang for “bending the law” because he protected Gu, why did he tell the Americans what he knew about Heywood’s murder? Did Wang simply panic? Was Bo’s anger at his wife’s actions being taken out on his loyal police chief, a man who was for many years his own enforcer?

It’s unlikely that we’ll ever get the full story, but it’s almost certain that Bo’s political career has been demolished by the affair. The man whose populist style earned him a massive following in Chongqing—his “smashing black, singing red” campaign promoted Communist ideology as fanatically as it cracked down on organised crime—is currently being investigated for “serious disciplinary violations” and, according to fêted China watcher Martin Jacques, some kind of closure will be reached before the party congress.

Following Gu’s sentencing, Jacques, author of the bestselling When China Rules the World, gave his take on that fast approaching event: “From outward appearances, it seems as if the party is now within touching distance of overseeing a smooth transition to a new leadership, with Xi Jinping as the next president and Li Keqiang as the next premier. This will only be the second time this has been achieved since Mao, the first being the handover from Jiang Zemin to Hu Jintao. Similarly wholesale changes in the standing committee of the party, presently composed of nine people—and the body to which Bo was so energetically and ruthlessly campaigning to be admitted—are likely to be achieved without too much collateral damage.”

Jacques is dismissed by some China experts as the “Thomas Friedman of his field”—implying he’s an excitable and uncritical Sinophile—and his argument that the imminent change of government leadership is “surely of greater significance for the world than the forthcoming US presidential election” can only be read as self-serving. Nonetheless, the party congress is a big deal, and because Beijing’s tentacles extend to all corners of the globe, its outcome is going to have serious implications for billions of people.

In that sense, in the short term at least, some sort of conclusion to the Bo affair wouldn’t be a bad thing. DM

Photo: China’s former Chongqing Municipality Communist Party Secretary Bo Xilai (R) and his son Bo Guagua stand in front of a picture of his father Bo Yibo, former vice-chairman of the Central Advisory Commission of the Communist Party of China, at a mourning hall in Beijing in this January 18, 2007 file photo. REUTERS/Stringer