Sanctions and cultural boycotts – the next frontier? 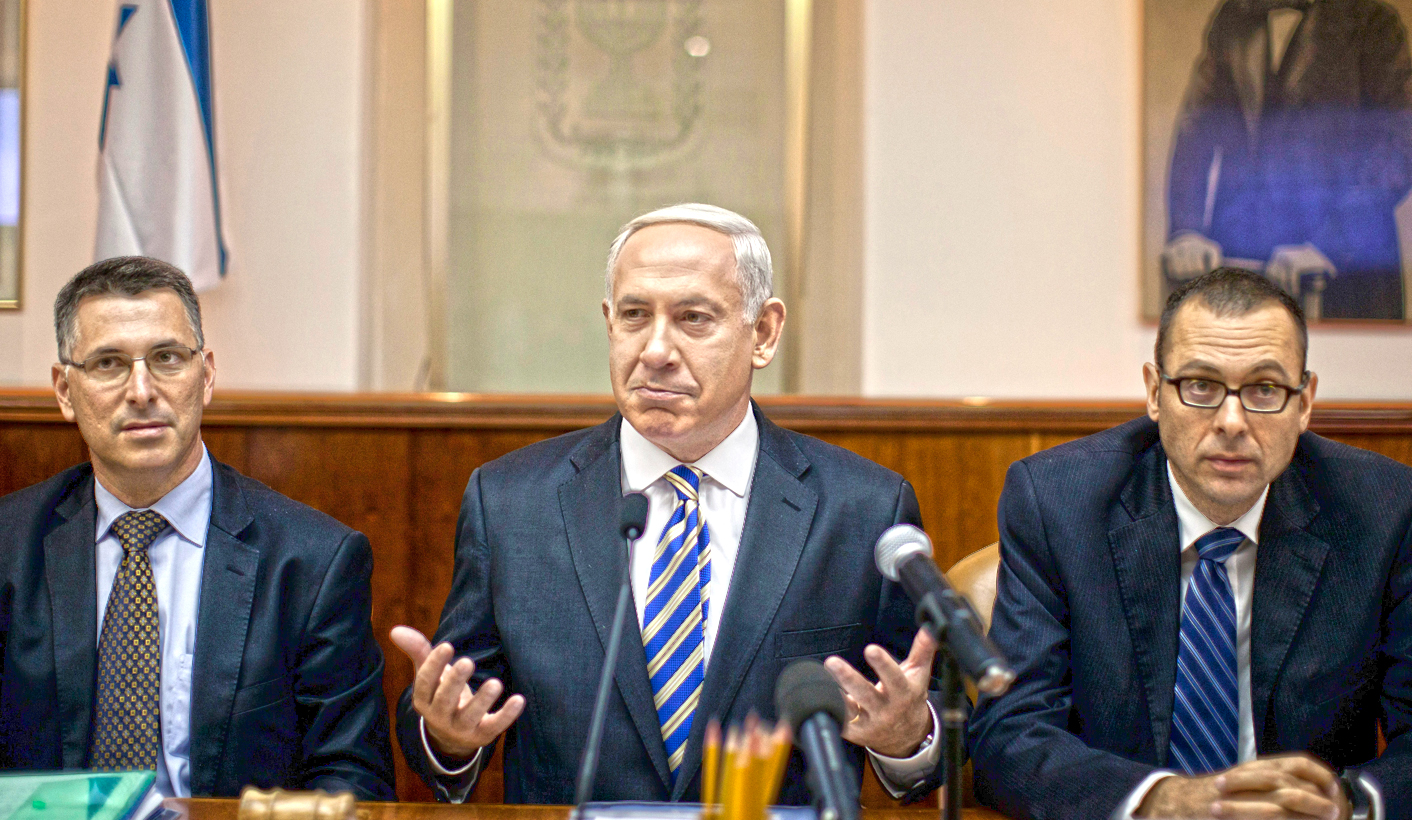 Calls for cultural and academic boycotts of Israel are echoing similar calls against South Africa until the end of Apartheid.  J BROOKS SPECTOR takes a look at this issue, with some history in mind.

Way back in the 1950s, the resolute, implacable Rev. Trevor Huddleston first introduced the idea of a cultural boycott of South Africa, half a decade into the National Party’s imposition of its full-throttled Apartheid regime on the country.

He wrote in his call to arms (and legs and fingers), “I am asking those who believe racialism to be sinful or wrong … to refuse to encourage it by accepting any engagement to act, to perform as a musical artist or ballet dancer…” That manifesto from a British priest at Sophiatown’s Christ the King Church eventually blossomed into a global movement to isolate South Africa culturally, in its academic life and in international sports competitions. This, in turn, contributed both organisational and intellectual support to campaigns to ramp up and tighten the country’s growing political, financial and economic ostracism until the early 1990s.

In recent years, the presumed success of inter-connected boycotts and shunning of Apartheid as a tool that helped push South Africa into fundamental change has become an inspiration to other international movements in their campaigns against other unpalatable regimes. International cultural figures led just such a campaign against Austria when neo-fascist leader Jörg Haider joined the country’s governing coalition.

Austria may have been uniquely vulnerable to threats of a cultural boycott: some 15% of its GDP derives from tourism, much of it from cultural events like the internationally renowned Salzburg Festival. When Haider entered the Austrian government, highly visible sponsors and musicians publicly withdrew their involvement in the country’s cultural events. French actress Catherine Deneuve, for example, publicly rejected her highly visible guest-of-honour status at the Vienna Opera Ball.

Echoing the earlier debate about the utility of a cultural boycott of South Africa, however, some urged that rather than boycotting Austria, artists should attend events there but show their opposition to the country’s politics by publicly remonstrating Austria’s government. At the time, Le Monde editorialised, “Is it better to refuse all co-operation with any cultural event or exchange program that has Austrian government backing? Should intellectuals put principles behind them, so as not to isolate their counterparts in Austria? Or should they, on the contrary, accept invitations in order to bring the international protest against Haider to Austria itself?”

While it is hard to quantify how much impact international cultural pressure actually had in hastening Haider’s departure from the governing coalition, it is true that publicity resulting from the cultural world’s disapproval kept the issue of Haider’s presence in government on the front burner until he was history.

And so we circle back to look at a movement using similar tactics against Israel because of its political and military domination of the West Bank and its blockade of Gaza. Proponents of academic and cultural boycotts of Israel have argued their inspiration comes directly from the success of the academic and cultural boycotts against South Africa.

In the case of Israel, the key point is that boycotts can be real leverage points and can force difficult questioning of the legitimacy of Israel’s considerable international intellectual connections, given the importance that these connections play in Israel’s sense of self-worth as a nation.

A few years ago, British boycott activist Peter Keele had argued on CNN, “I’ll draw an analogy here with the successful boycotting of Apartheid…. Some people argued we should constructively engage with South African institutions but I think history proved that, in the end, the intellectual boycott was helpful in bringing an end to Apartheid.” And here in South Africa too, influential individuals such as struggle veteran and former cabinet minister Ronnie Kasrils have become prime advocates of boycott — also citing their success against Apartheid South Africa.

In recent months, the BDS – Boycott, Disinvestment, Sanctions – movement has begun to gain some ground in a number of South African institutions. (In an early harbinger of this trend, in late 2010 Archbishop emeritus Desmond Tutu said a planned visit by the Cape Town Opera to Israel should be delayed until such time as Palestinians were independent, echoing his stance on cultural contact with South Africa back in the 1980s.) Recent successes in the campaign now include the University of Johannesburg’s decision last year to break off academic cooperation with Ben-Gurion University on the grounds that university has close links with the Israeli military establishment and a statement by Ebrahim Ebrahim, deputy minister of International Relations and Cooperation, aimed at discouraging travel by South Africans to Israel.

Trade and Industry Minister Rob Davies’ recent decision to insist products made in the West Bank (rather than within Israel’s pre-1967 borders) need to be re-labelled as produced in the West Bank if they are to be distributed and sold inside South Africa may also fit into a larger pattern.

Most recently, Wits University’s Students Representative Council’s (SRC) decision to support a full academic and cultural boycott of Israel in solidarity with the Palestinian struggle.

Its decision says, in part, “Throughout the world students joined people of conscience in opposing the (Apartheid) regime which systematically perpetrated racial injustice in South Africa. Because of our history…we must unite and stand in solidarity with those who face similar oppression… The Wits Student Representative Council stands firm in its support of Palestinians and the Palestinian Boycott, Divestment and Sanctions (against Israel) movement… (The SRC) will not participate in any form of cultural or academic collaboration or joint projects with Israeli institutions and will not provide any support to Israeli cultural or academic institutions.”

In response to such developments, Jewish community institutions – the Board of Deputies, the Zionist Federation and the Office of the Chief Rabbi – have argued in response that, “Mr Ebrahim’s statements are indicative of a highly discriminatory and disproportionate obsession with the Jewish state. In further polarizing rather than bringing together the various parties, it undermines the government’s oft-stated policy of supporting a negotiated two-state solution to the Israeli-Palestinian conflict. In addition, it harms South Africa’s standing as a credible player in resolving international disputes. One-sided boycotts only play into the hands of those who oppose a negotiated solution to the Israeli-Palestinian question. It is not in South Africa’s interests, both domestically and internationally, to support such extremists.”

Not surprisingly then, when Ebrahim spoke at the SA Institute of International Affairs on Monday evening on the theme, “South Africa and the United Nations Security Council: Promoting Peace in the Middle East and North Africa,” he had a full, attentive audience.

In his remarks, among other topics, Ebrahim preached the need for the parties in the Syrian conflict to come to a Syrian solution that recognizes the legitimate human rights of the Syrian people. To that end, South Africa’s experience of reaching a negotiated settlement in its own social conflict might be helpful he said, quoting Nelson Mandela to the effect that to make peace, one has to work with one’s enemies and then they eventually become one’s partners.

Earlier in his speech, Ebrahim had argued there has been no real forward motion on the Palestinian issue for the past two decades, adding that expanded Israeli settlements on the West Bank have just made it harder to get to a viable, negotiated two-state reality. He insisted he and his government were not opposed to the Israeli state; they were, however, fully opposed to a continued thwarting of the just aspirations of the Palestinian people.

Of course there are some cynical folks who could argue South African government moves to put pressure on Israel might just possibly stem from another, different version of narrow domestic interest – that is, an effort to garner support for the ANC government from the Western Cape’s Islamic population as part of a broader effort to reclaim the province from the DA.

One might even say this looks a bit like a reverse version of Mitt Romney’s visit to Israel a few months back in which he promised to move the US Embassy to Jerusalem and to thunder that President Obama had thrown Israel under a metaphorical bus – all in an effort to gin up some firmer support for the Republicans from Israel’s strongest supporters.

In South Africa, just like America, interest group politics can have a significant impact on the conduct and timbre of international relations – and even on what constitutes national interest. That’s what happens if diplomacy and democracy bump into each other. Politics sure doesn’t stop at the water’s edge anymore. DM