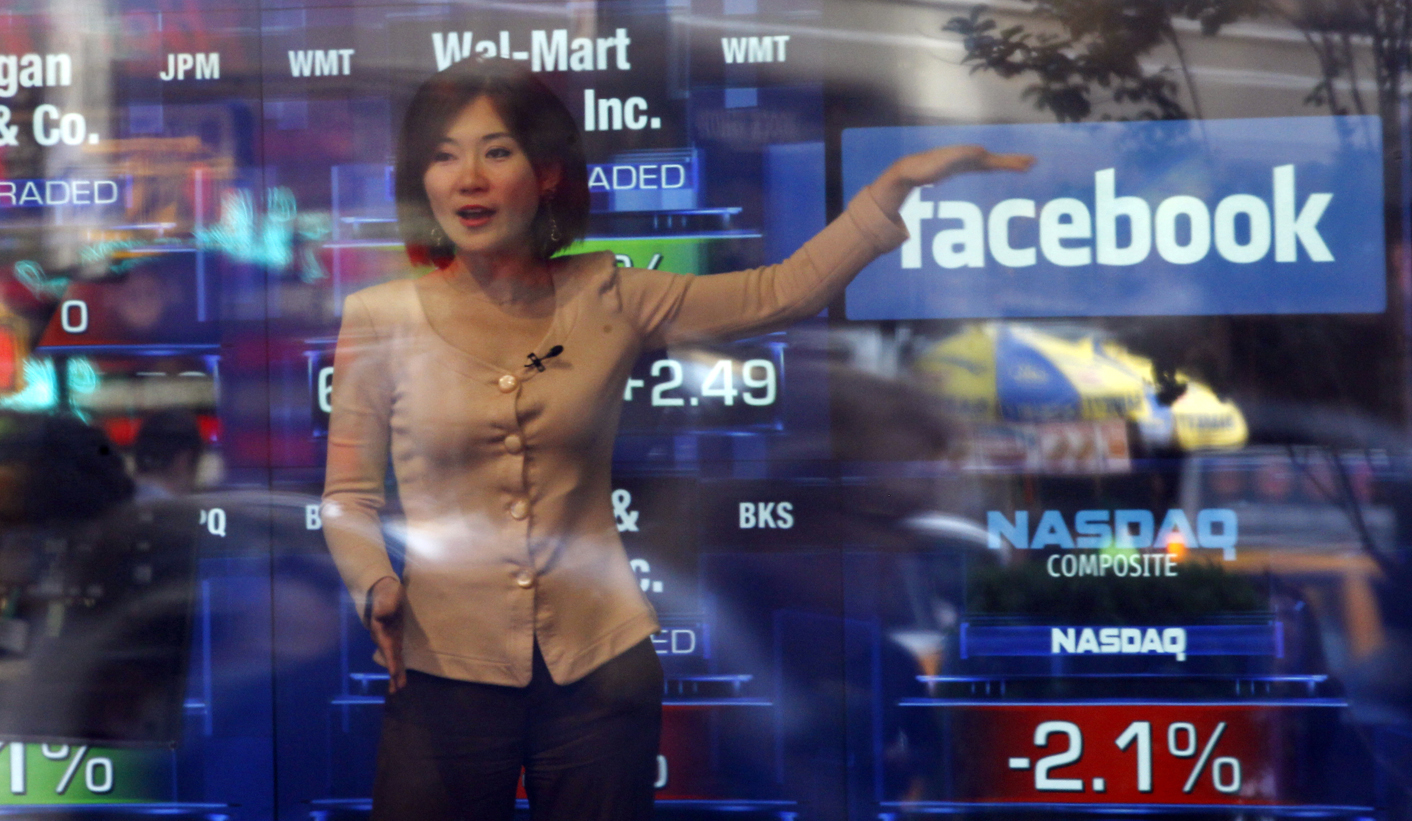 A deluge of Facebook shares are set to hit the market Thursday as a lockup period preventing some insider sales comes to an end, but this may not trigger more pain for an already battered stock. By Doris Frankel.

The largest social media network went public in May in one of the most anticipated initial public offerings in years, with an initial sale of 421 million shares. But concerns about valuation and growth prospects have hammered the shares, which were trading early Wednesday at $20.74, compared with the $38 IPO price and a $45 high in the minutes after it started trading.

The stock’s slump may actually work in its favor this week. Insiders may be less likely to dump the 271 million shares that are unlocked on Thursday as they hope for a recovery first.

“If Facebook was trading at $30, we would see a much larger effect from the lockup expiry. But at $20? Not so much,” said Steve Place, a founder of options analytics firm investingwithoptions.com in Mobile, Alabama.

Options trading suggests a move of a little more than 6 percent by Friday, with slightly more investors expecting a dip in shares than a rise. That kind of move isn’t far out of the ordinary for the stock.

Place said those players with shares tied up in the lockup may opt to hang onto the losing position for now, as investors tend to hold their positions that are underwater in the hope they will rebound so they can break even.

Among the largest potential sellers who will be freed from the lock-up are venture capital firm Accel Partners, Russia’s DST Global Limited and Microsoft Corp, as well as PayPal founder Peter Thiel.

These investors bought in at different times. In particular, Thiel and Accel were among the earliest backers, so they’re likely to make a big profit. Microsoft invested $240 million in 2007 at an assumed valuation of $15 billion for Facebook; at its current stock price the company is worth about $45 billion. DST bought shares at different prices.

The greater concern about insider sales appears to be concentrated later in the year. Later-dated options contracts suggests more worry then, with a further 1.44 billion shares – spread over several expirations – available for trading by the end of the year.

Social media stocks have lost their status as Wall Street darlings, with shares of much-hyped IPOs such as Zynga Inc and Groupon Inc falling to historic lows.

Lock-up expirations in Internet stocks have been opportunities to sell in the past, especially when there is venture capital money behind the name, Place said.

Earlier this month, Thiel, one of Facebook’s earliest backers, converted slightly more than 9 million class B Facebook shares to class A shares, which are easier to sell on the public market, according to regulatory filings.

Thiel, Accel, and DST did not respond to requests for comment. Microsoft declined to comment on its plans.

Another 243 million shares are set to become available between mid-October and mid-November. On Nov. 14, more than 1.2 billion shares will be available for trading. CEO Mark Zuckerberg will not be able to sell his shares until then.

Short bets against Facebook have steadily increased since it first went public. According to Markit, about 79 percent of the shares available for short bets were being borrowed for this purpose, just off a peak reached about a week ago. The average stock has about 16 percent of available shares borrowed for shorting.

The first expiration is “so well telegraphed and expected,” said one trader, who asked not to be named as his firm actively trades Facebook shares, but also said later lockups are more important for insiders.

As of Tuesday, the expected move in Facebook by Friday’s close when August options expire is about 6 to 6.5 percent. It suggests the stock would end the week between $19.25 and $21.75.

But Facebook is a high volatility name already, averaging moves of 4 percent daily since its IPO. A move of 6 percent is not abnormal, said Enis Taner, global macro editor for options trading firm RiskReversal.com in New York.

“I would be surprised to see it have a material impact in the short run,” said Rick Meckler, president of investment firm LibertyView Capital Management in New York. “If it can stay in this general range there’s a lot of people who have sold in front of the news and may decide that it’s not as big a deal.”

The steady flow of shares in the market could have a dampening effect on the stock in coming months. Much can happen between now and January, bu t th e near-term risk as reflected in the options market points to a greater likelihood of a downside, rather than upside move, according to options analytics firm Livevol. The p ut-to-call open interest ratio on the January 2013 $20 Facebook strike alone is about 40 to 1.

This may reflect worry about the lockup expiration, but also concern that the company’s high valuation is still not justified. Thomson Reuters StarMine suggests the intrinsic value of the stock based on growth expectations for the next decade at about $9.76 a share.

“The options market suggests further concern for the future of the share price,” said Gareth Feighery, a founder of options education firm MarketTamer.com in Philadelphia.

“While this is not definitively bearish since we don’t know if all those puts were bought, it certainly bodes ominously if options traders skew their bets towards the purchase of bearish put options in coming months as the supply of shares increases.” DM