Is Al Jazeera a shill for Qatari foreign policy? 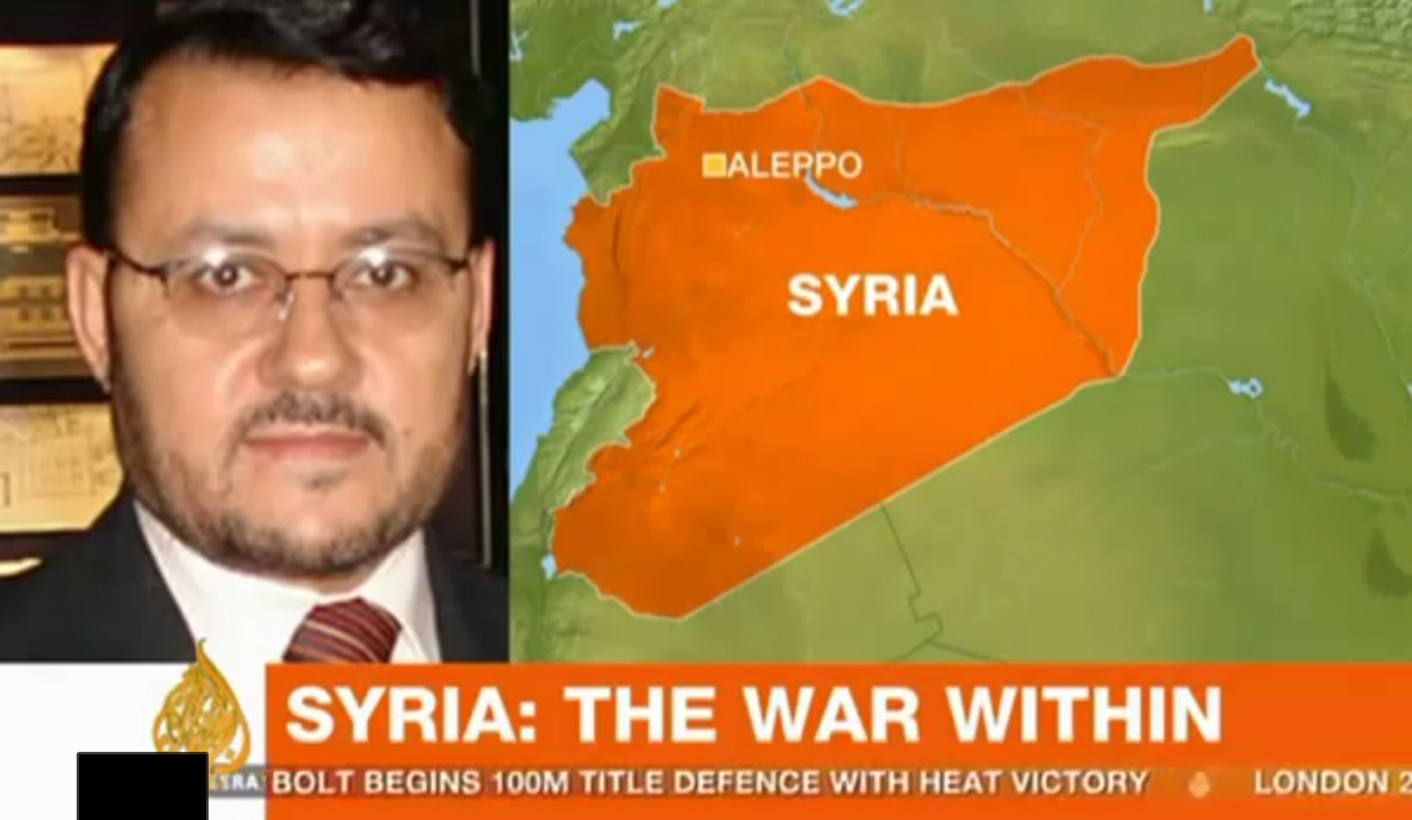 Scrutiny of Al Jazeera’s credibility is once more the source of heated debate after a column by Sultan Al Qassemi in Foreign Policy last month, lambasting the channel for choosing sides in the conflict in Syria. By KHADIJA PATEL.

A recent op-ed from political commentator Sultan Al Qassemi in Foreign Policy magazine has reopened the debate on the impartiality of Arabic news broadcasters Al Jazeera and Al Arabiya in their coverage of Syria. Al Qassemi set out to show that far from being impartial carriers of information, both the Saudi owned Al Arabiya and the Qatari Al Jazeera have sacrificed accuracy to further the foreign policy of their host countries. It is of course not the first time questions have been raised of the way in which the Syrian conflict is covered and how it has been exported as a narrative to the rest of the world. At one point in the last year Al-Jazeera was said to be on the verge of seeing a mass exodus of staff fed up with the channel’s purported bias.

And though this debate isn’t a new one, and though dissatisfaction with the Arabic broadcasters’ approach to Syria is not new, Al Qassemi’s comments have forced fresh scrutiny on Al Arabiya and Al Jazeera at a time in which the Western world is under increasing pressure to do more to aid the rebels fighting Syrian President Bashar Al-Assad’s forces.

“While civil war rages on the Syrian battlefield between regime loyalists and myriad rebel factions, another battle is taking place in the media world. Al Arabiya and Al Jazeera, the two Gulf-based channels that dominate the Arabic news business, have moved to counter Syrian regime propaganda, but have ended up distorting the news almost as badly as their opponents,” Al Qassemi wrote. In response, Al-Qassemi has faced a barrage of criticism from many who believe his criticism of the coverage of the Syrian conflict is actually proof that on Syria, he is a “Shabih”  – a regime sympathiser. Others like prominent Qatari columnist Abdullah bin Hamad Al Athbah take issue with Al Qassemi raising these issues in English. “This is among our friend’s faults: he addresses the West before the East on what is an Eastern issue and, moreover, a purely Arab one!” he wrote in the Qatari daily Al Arab.

And though scrutiny of Al Arabiya is relevant,  criticism of Al Jazeera ultimately rings far louder and has far more significance to the media landscape in the Arab world. Al Jazeera, when it was launched was the great beacon of hope for Arab media, the answer to the jaundiced offerings of state media in a region where media freedom is still a distant dream. And Al Qassemi points out that Al Jazeera’s bias is not manifested in its approach to  Syria alone but also in its celebration of the Muslim Brotherhood.

Hugh Miles, author of the book “Al Jazeera”, pointed out that the debate on the impartiality of the Qatari broadcaster did not begin with its coverage of the Syrian conflict but rather was first exposed in its slant towards the first rumblings of the “Arab Spring”. “Ever since the start of the Arab Spring, Al Jazeera’s coverage has been patchy,” he said.

Of course one of the greatest impediments to Al Jazeera becoming the definitive alternative to Arab state broadcaster has been its ownership. The channel is funded by the largesse and ambition of the Qatari royal family. “Al Jazeera and Al Arabiya were founded by members of the Qatari and Saudi royal families, respectively, and their coverage of Syria faithfully reflects the political positions of their backers,” Al Qassemi points out. In recent months, media analysts have slammed Al Jazeera for foregoing any semblance of independence to further the ends of Qatar’s foreign policy.

Miles believes that Al Jazeera’s coverage of Syria is indeed an extension of the Qatari government’s foreign policy. “Yes, it does reflect Qatar’s foreign policy. Qatar has taken a prominent position on Syria and Al Jazeera have had to follow suit,” he said. The prominent position Qatar has taken on Syria is demonstrated in widely circulated reports, and more lately admissions from the Free Syrian Army that Qatar is arming the Syrian opposition. There is then a definite conflict of interests in Al-Jazeera reporting anything related to the Syrian conflict – even though the broadcaster has been crucial to giving a voice to Syrian people.

At the same time, recent developments at Al-Jazeera and the decision to replace Wadah Khanfar, the former director-general of the network, with Sheikh Ahmed bin Jassim Al Thani proves as well that the channel’s benefactors are grappling with how best to take the network forward without hurting its ambitions for greater prominence in deciding world affairs.

“When Wadah Khanfar was kicked out and replaced with a royal family member it was ominous for media freedom,” Miles said. “He was replaced with someone with no media qualifications and the decision making process was not transparent. It appears the Qataris are reeling in Al Jazeera,” he said.

Al Qassemi also makes the important distinction between Al Jazeera English and Al Jazeera Arabic, noting that both channels seem to have tailored their message according to the audience. “The stations’ rhetoric differs greatly depending on the language they broadcast in. For instance, Al Jazeera English and Al Arabiya’s English-language website have broached the topic of al Qaeda fighters in Syria, even as it goes unmentioned on their vastly more influential Arabic-language counterparts. Instead, the Arabic-language channels continually host guests who refute any suggestions of the sort,” he says.

Miles admits that it is the Arabic version of Al Jazeera that has been problematic but stresses as well that enumerating the differences between the English and Arabic versions of the broadcaster are ultimately futile. No matter the great strides made by the English channel, it is still Al-Jazeera Arabic that holds the greatest sway in shaping Arab understanding of the world. “Al Jazeera English is not significant in the grand scheme of things,” he said. “It is Al Jazeera Arabic that has an enormous impact on the Arabic world.”

Miles is careful to stress that doomsday accounts of the credibility of Al Jazeera Arabic may be misplaced. The channel’s bias has only been exposed – many other broadcasters have their bias better concealed. “We should also judge Al Jazeera realistically,” Miles said. “All news channels are biased. Al Jazeera is not better or worse than any other station.” DM