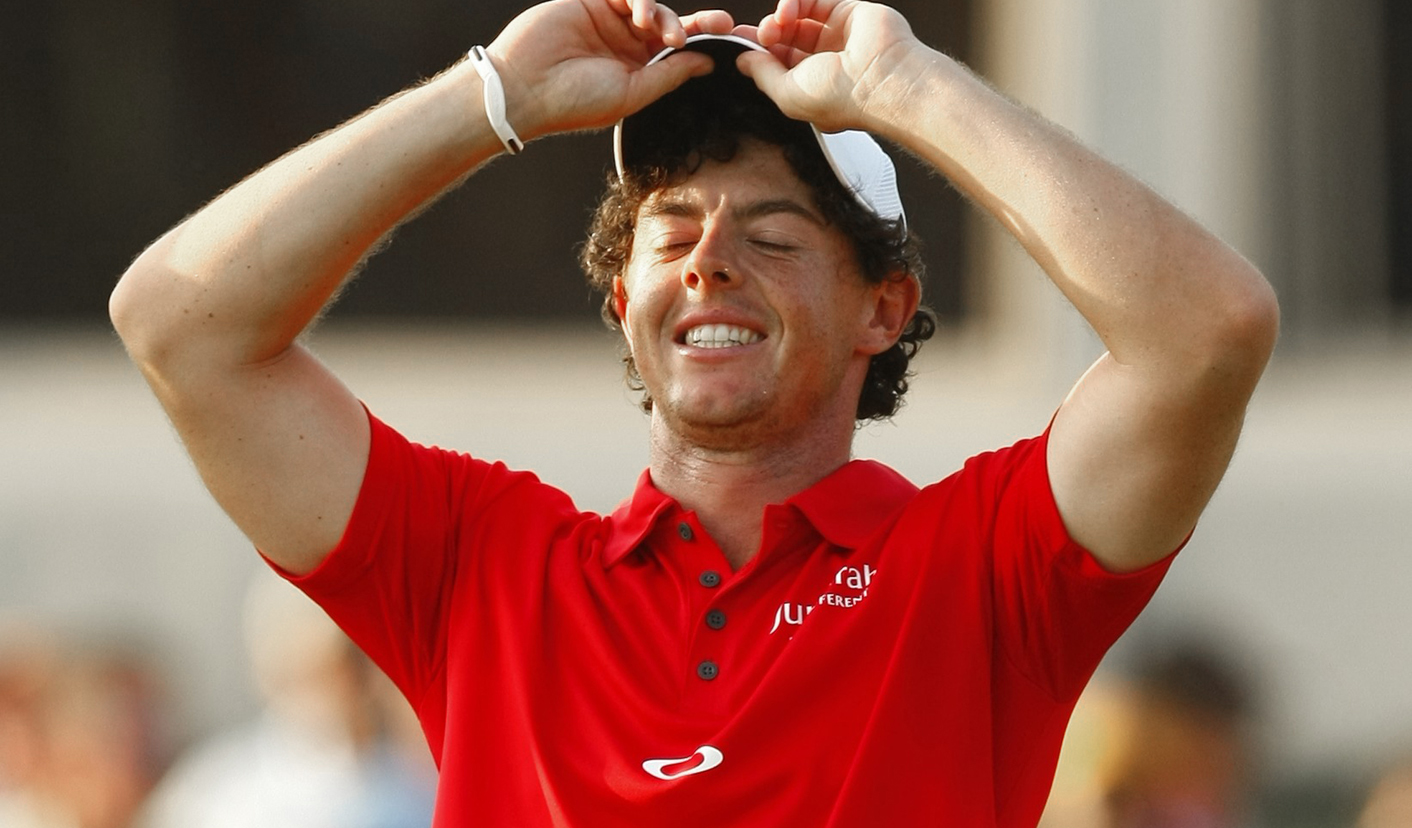 Rory McIlroy brushed aside any lingering doubts over his ability to be a dominant force in golf by storming to a second major title with a stunning eight-shot victory at the PGA Championship on Sunday. By Simon Evans.

McIlroy’s first big triumph, a similar eight-shot victory at last year’s U.S. Open, was followed by a series of poor showings in the majors, including a missed the cut in his title defence and tying for 60th place at the British Open last month.

The latter result prompted questions to be raised about whether the Northern Irishman was practicing enough or simply spending too much time with tennis player girlfriend Caroline Wozniacki.

On Sunday, shooting a six-under-par 66 on the tough Ocean Course, the longest track ever for a major tournament, he gave a resounding answer to his critics and was not about to let slip his chance to reply to those who doubted him.

“I was a little frustrated with how I was playing earlier on in the year, but a few people in this (media) room were probably pushing panic buttons for no reason,” the 23-year-old told reporters.

The criticism clearly stung and McIlroy said he had provided the perfect reply.

“I don’t think I could have answered it in any better way and to be honest… it did motivate me.

“I did want to go out there and prove a few people wrong and that’s what I did. It took me all of four weeks to get my game back and get out of my mini-slump and this is the result,” he added.

But those words were, typically for the affable Northern Irishman, said with a wry smile rather than a snarl, helped of course by the enormity of his achievement on Sunday.

The victory margin eclipsed the previous best for the PGA Championship of seven set by Jack Nicklaus in 1980 and he also became the youngest player to win two major titles since the-then 23-year-old Seve Ballesteros clinched that year’s Masters.

The win also sent him back to the top of the world rankings but the relief of claiming a second major and escaping the ranks of players with just one big title on their CV seemed to mean more to McIlroy.

“There are a few emotions going through. There’s quite a bit of relief to get the second one out of the way. I am just so happy that I was able to play like this and win another major,” he said.

“I think I made it very clear that I wasn’t too happy with how I’ve performed in the majors since the U.S. Open (win at Congressional). I didn’t really contend,” he added.

“I talked about giving myself a chance and to be honest, that’s all I wanted to do.

“I feel these days when I give myself a chance to win one of these big tournaments, I can draw on the memories of Augusta (where he blew a four-shot lead at the 2011 U.S. Masters), of Congressional, and now of today, and know what I did out there and know what to do again.”

McIlroy has won two majors at a younger age than Tiger Woods but he was quick to deflect the inevitable suggestion that he could enjoy a similar career to the 14-times major winner.

“It has been great to back up my first major with one more this year – I can’t ask for any more. I just want to keep working hard, keep practicing and hopefully there are a few more of these in my closet when my career finishes.”

It was also not lost on many that McIlroy wore a red shirt on Sunday, matching Woods’s final round colour of choice.

“If I was playing with him, I wouldn’t wear it,” he said. “I wasn’t playing with him so I thought I would wear it. I might have to do it from now on. No wonder he wins so much.” DM

Photo: Rory McIlroy of Northern Ireland reacts on the 18th green during the final round of the PGA Championship golf tournament at The Ocean Course on Kiawah Island, South Carolina, August 12, 2012. REUTERS/Chris Keane