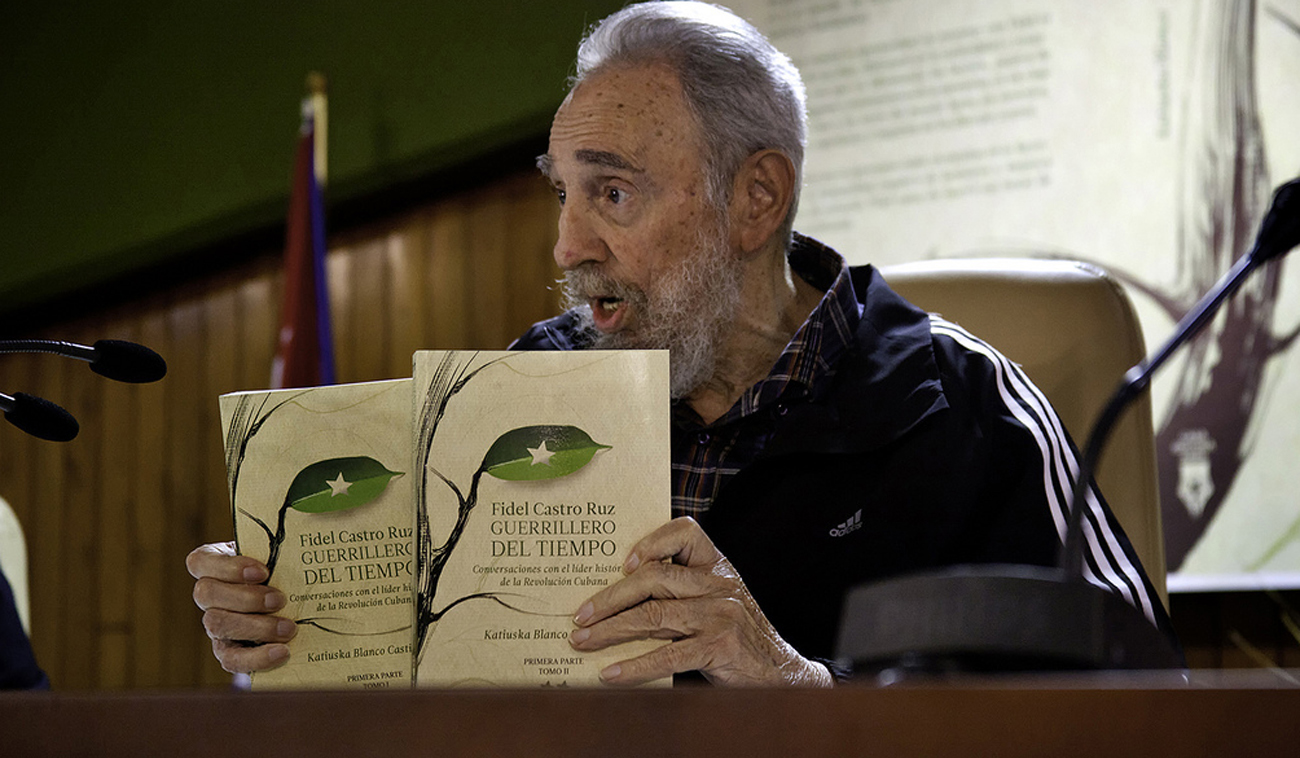 Revolutionary icon Fidel Castro turns 86 on Monday, out of sight, but not out of mind as Cubans wonder about his future and theirs at a time of change in one of world's last communist countries. By Jeff Franks.

The bearded leader who was a constant presence and transfixed Cubans for decades with his fiery rhetoric, still holds a special place in the hearts and minds of the Caribbean island’s 11 million residents, even as age and infirmity force him farther into the background.

He has been out of view for almost two months, not having appeared in any way or published one of his occasional opinion columns in the state press since June 19.

His absence has added to the speculation about his health that has been ever present since he underwent emergency intestinal surgery in 2006 and ceded power to younger brother Raul Castro.

This is not his first extended absence since falling ill, but Cubans wonder each time whether he will not be back.

“He must be very sick because there’s been nothing of him for a while,” said Donato Torres, puffing on a cigarette outside a Havana restaurant.

“In any moment it’s going to come out in the news that he died. His character doesn’t allow him to be silent – he always has to say something.”

Only his Twitter account has been active but all the tweets are simply links in the press. Twitter accounts in the name of politicians and other people in the public eye are often run largely by their aides.

Whether this prolonged silence is health related is not known, but after previous absences, he re-emerged with the explanation that he had been busy writing a book or conducting research.

The Cuban government does not much like speculation about Fidel Castro’s condition, but it provides little or no information about it, leaving a vacuum that is filled by Cuba’s never-ending rumor mill.

It has never disclosed his illness – widely reported to be diverticulitis – because his health is a state secret.

Cubans’ fears may be magnified these days because they are facing an assortment of uncertainties unlike anything since the 1959 revolution that put Fidel Castro in power. The uncertainties include a major government reform package to cut the size of government.

At the same time that he is fading from the scene, a generational change in leadership looms because President Raul Castro is 81 and his top two vice presidents also are octogenarians.

There are no obvious younger successors, which greatly troubles many Cubans.

“I think the majority of people are very worried about what will happen if Fidel and Raul die. There is nobody else with the stature to take the reins of the country,” said retired teacher Carmelita Leon as she bought fruit from a central Havana street vendor.

The government also is in the midst of reforms to Cuba’s Soviet-style economy, launched in hopes of assuring the survival of communism once the old guard revolutionaries now in charge, known as the “historicos”, are gone.

The goal is to increase productivity and prosperity, but changes include plans to slash a million make-work jobs from state payrolls and reduce subsidies such as the universal food ration, both of which make Cubans nervous.

This is taking place against a backdrop of uncertainty about the future of top ally and benefactor Venezuelan President Hugo Chavez, the socialist leader who is fighting cancer and facing re-election in October.

He provides the Caribbean island political and economic support, including most of the oil that Cuba consumes in an oil-for-services deal that Cubans fear may not survive if he doesn’t.

In the twilight of his life, it is unclear what role if any Fidel Castro will play in ushering Cuba through this unsettled period.

He has occasionally surfaced at critical times to lend a reassuring presence to the people he led for so long, many of whom wish he were still running the show.

“The people of Cuba are Fidelista,” Leon said.

The government has used state media at times to try to show that despite his ailments he is still robust.

In the span of a week in February, he held two semi-public discussions, one six hours long, the other nine hours, which the state press trumpeted as echoes of the Fidel Castro of old. Videos of the sessions aired on Cuban television.

In June, he published in rapid-fire fashion seven very short columns, known as ‚Äú”Reflections,” that also appeared to signal his renewed vibrancy.

Instead, the combination of brevity, odd topics and opaque messages left Cubans wondering if he was still himself. They ended as quickly as they began and he has not been seen or heard from publicly since.

When Fidel Castro paid an unscripted visit to Pope Benedict at the Vatican embassy in Havana during his trip to Cuba in late March, observers outside the residence said the lanky former leader needed assistance walking and was very stooped.

For years, Fidel Castro’s enemies promulgated the idea that when he died, the communist system would quickly collapse. With the smooth transition to Raul Castro, that now seems far fetched, but many people think that the death of Fidel Castro will hasten change in Cuba.

They believe the economic reforms, which have been unfolding slowly, will quicken and that perhaps even U.S.-Cuba relations, sour since the revolution, will improve without his galvanizing presence.

‚Äú”It is worth noting that the antipathy generated by Fidel among some segments of the American public and the Cuban American community is not transferable to any other leader, not even his brother Raul,” said Cuba expert Arturo Lopez Levy at the University of Denver. DM