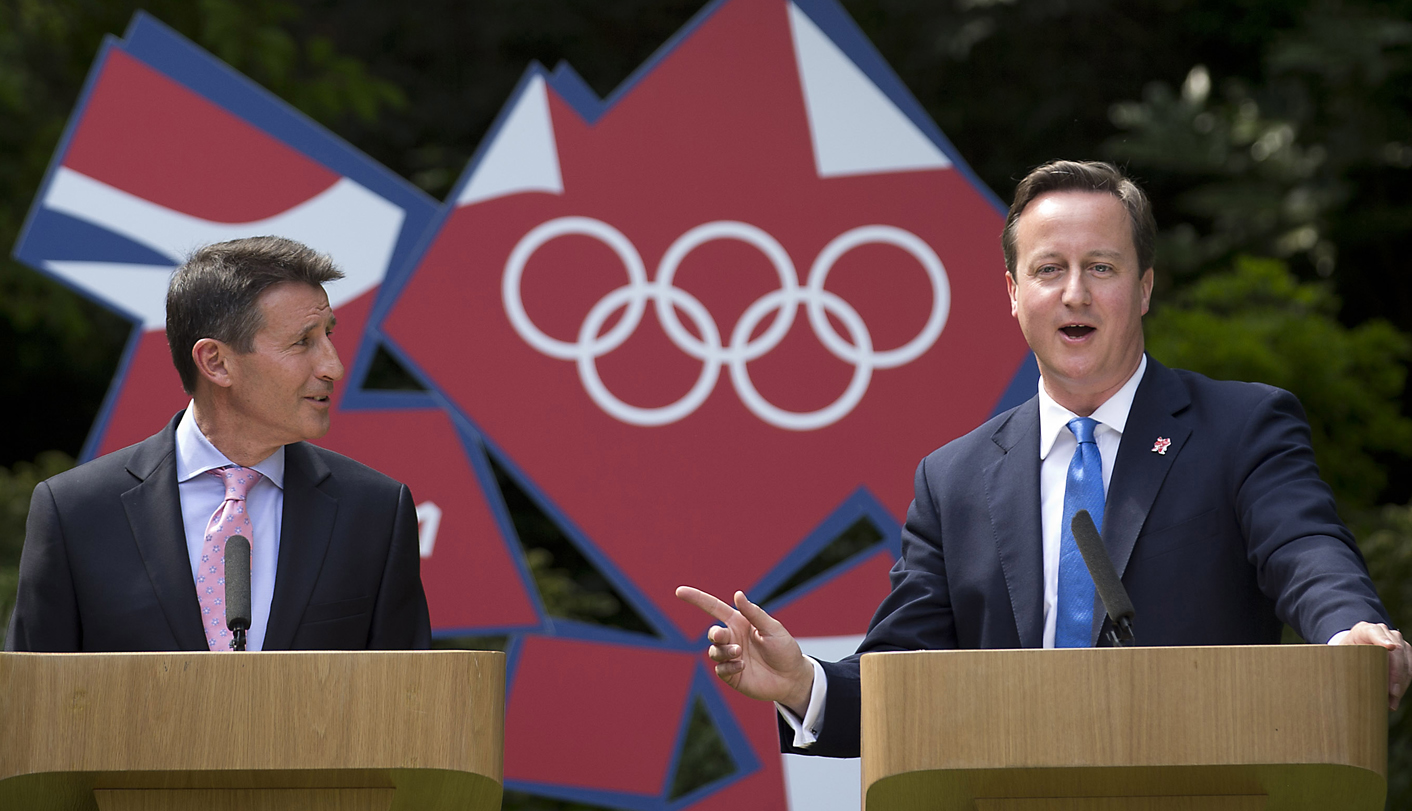 Prime Minister David Cameron on Sunday basked in the glory of hosting a successful Olympics which has helped lift the gloom in recession-hit Britain, praising the prowess of British athletes after their best medal haul for more than 100 years. By Mohammed Abbas.

A star-studded closing ceremony later on Sunday will mark the end of the Games, which have provided a feel-good factor desperately sought by Britain’s bickering coalition government struggling to revive a shrinking economy.

“We showed the world what we’re made of, we reminded ourselves of what we could do and, yes, we demonstrated that you should never ever count Team GB down and out,” Cameron told reporters at his official Downing Street office, where a section of running track had been laid in front of its black door.

Cameron’s comments carried undertones of vindication after a slew of negative coverage in the months leading up to the Games by British media, who criticised the event’s 9 billion pound ($14 billion) cost and shortcomings in planning and security.

London 2012 chief Sebastian Coe, flanking Cameron at the news conference, used his appearance to highlight the importance of an Olympic legacy.

“Our collective challenge now is to make sure that we leverage every ounce of the golden opportunity that is in front of us, whether it’s economic, whether it’s social or whether it’s sporting,” Coe said.

Cameron appointed Coe as Britain’s Olympics legacy ambassador and assured British athletes that government and National Lottery cash would continue to fund their training programmes through to the 2016 Rio Olympics.

Britain, hosting the Games in London for the third time, has enjoyed its best Olympic performance since 1908 with 29 golds and 65 medals – third on the overall table.

“We’ve protected the funding for our elite athletes with 125 million pounds a year ahead of Rio 2016,” Cameron added.

The prime minister pledged to re-write the school curriculum to encourage more competitive sport, although that ambition has drawn fire from teachers unions who complain of years of funding cuts for physical education.

Cameron’s coalition government, nearly half-way through a five-year term, saw its support in opinion polls slump after an unpopular budget in March and has yet to see any uplift in its ratings from British athletes’ Olympic performances.

The economy is faltering, and last week the Bank of England slashed its British economic growth outlook to zero. Cameron admitted Britain had “enormous challenges” to meet.

The only clear political winner of the Games has been London Mayor Boris Johnson, whose upbeat cheerleading and high profile throughout the Games has stirred speculation that he could even one day replace Cameron as leader of the Conservative Party.

Cameron brushed off suggestions he should “anoint” fellow Conservative Johnson as his successor, saying that “leaders don’t anoint each other. We have a process for these things”.

However, he appeared to leave the door open to a greater political role for Johnson, saying that he hoped officials such as mayors went from local politics to national politics.

“I think our political system would be stronger for that happening,” Cameron said.

“I don’t put a cap on other peoples’ ambitions.” DM