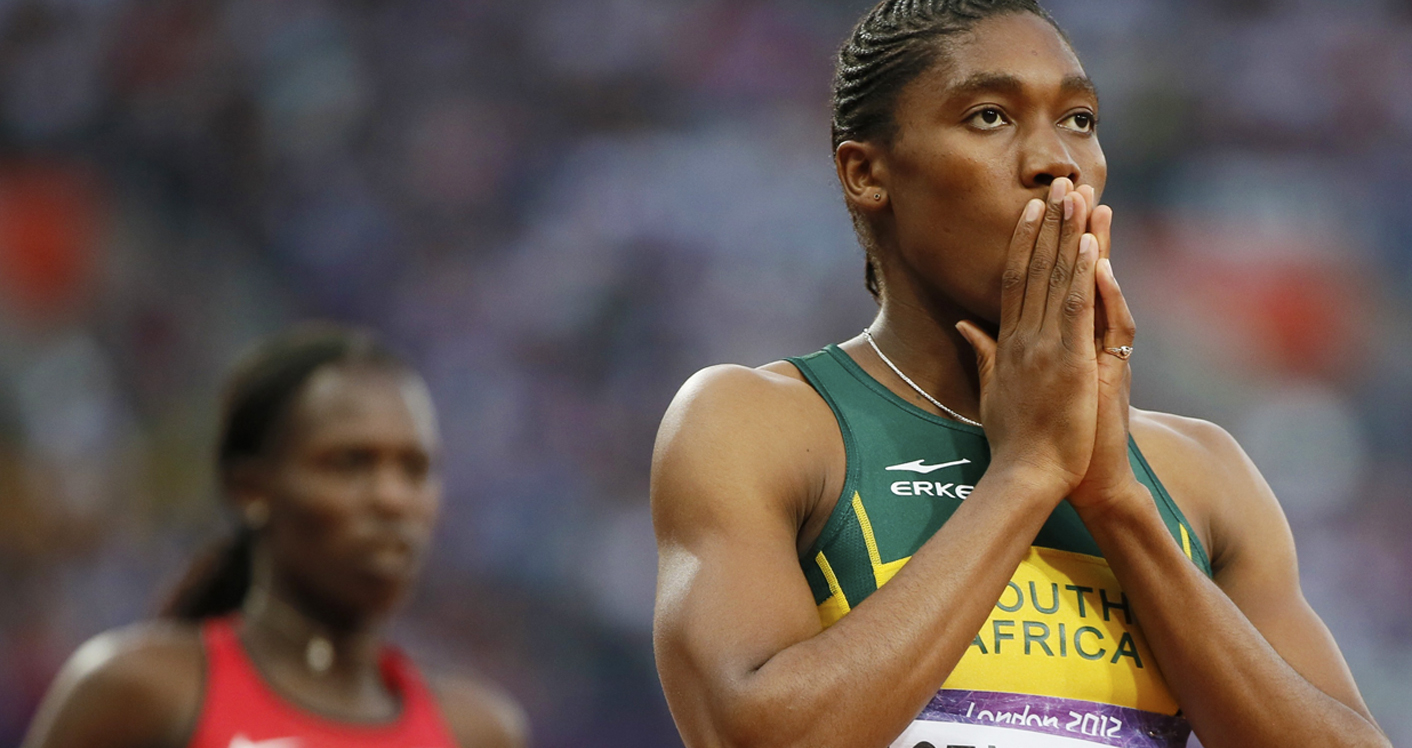 Caster Semenya ran her season best time on Sunday night to bag a silver medal in the women’s 800m Olympic final. It’s not quite the gold, but it’s a silver lining for an athlete who has had to endure an unfair amount of criticism and scrutiny as a youngster, writes ANT SIMS.

To say Caster Semenya had a bumpy ride in life would be an understatement. From growing up in some tough circumstances to a gender controversy which rocked her life when she was just a teenager – Semenya’s been in the deep end, but she’s come out on top of the podium. And, smiling on Saturday night, she got on top of another podium – an Olympic one.

Semenya topped off her first Olympics with a season-best time of one minute, 57.23 seconds (1:57.23) and a silver medal in the women’s 800m final. It’s been a long and hard road for the young girl from Limpopo, but she couldn’t have asked for a better ending to what has been a tough three years since she emerged from obscurity in 2009.

Much like she normally does, Semenya kept at the back for most of the race, but this time she was too far back to catch up with Russian Mariya Savinova. Her late burst was enough to propel her to second for the silver, though, and while the young South African admitted she was happy with the result, she said her coach was less than pleased.

“It was great. I had a really good race. Unfortunately, I didn’t start fast but I am happy with the result,” Semenya said.

“Unfortunately I made my move too late, but with the 800m you have to do what you have to do. I am happy with the silver but I know the coach (Maria Mutola) isn’t really happy, as I didn’t do a good job. But you learn from your mistakes.

“I’ve been waiting all year for this. The last four years have not been easy,” she said. “I’m already thinking about Rio (2016) and I hope I’ll be there.”

Sadly, though, as is Semenya’s wont, mutterings of controversy started to filter through just seconds after she had bagged the medal with suggestions that she had run slowly – or slower – on purpose in order to avoid further scrutiny from athletics federations. This type of rumour, however, is not difficult to dismiss.

While the controversy which embroiled Semenya was unfortunate, unjust and unnecessary, she has kicked adversity in the teeth and triumphed time and time again. Under these circumstances, to suggest that she would consider underperforming is unlikely and insulting to her achievements. As a 21-year old, her silver medal at the Olympics is a remarkable feat. As a 21-year old who has suffered the unnecessary fanfare she has had to endure, her silver medal is an inspiration.

Her silver medal also brought South Africa’s medal tally at the London Olympics to six – the most medals for the country at any Games since readmission. DM

Photo: South Africa’s Caster Semenya stands in front of Kenya’s Pamela Jelimo as they prepare for the women’s 800m final at the London 2012 Olympic Games at the Olympic Stadium August 11, 2012. REUTERS/Lucy Nicholson