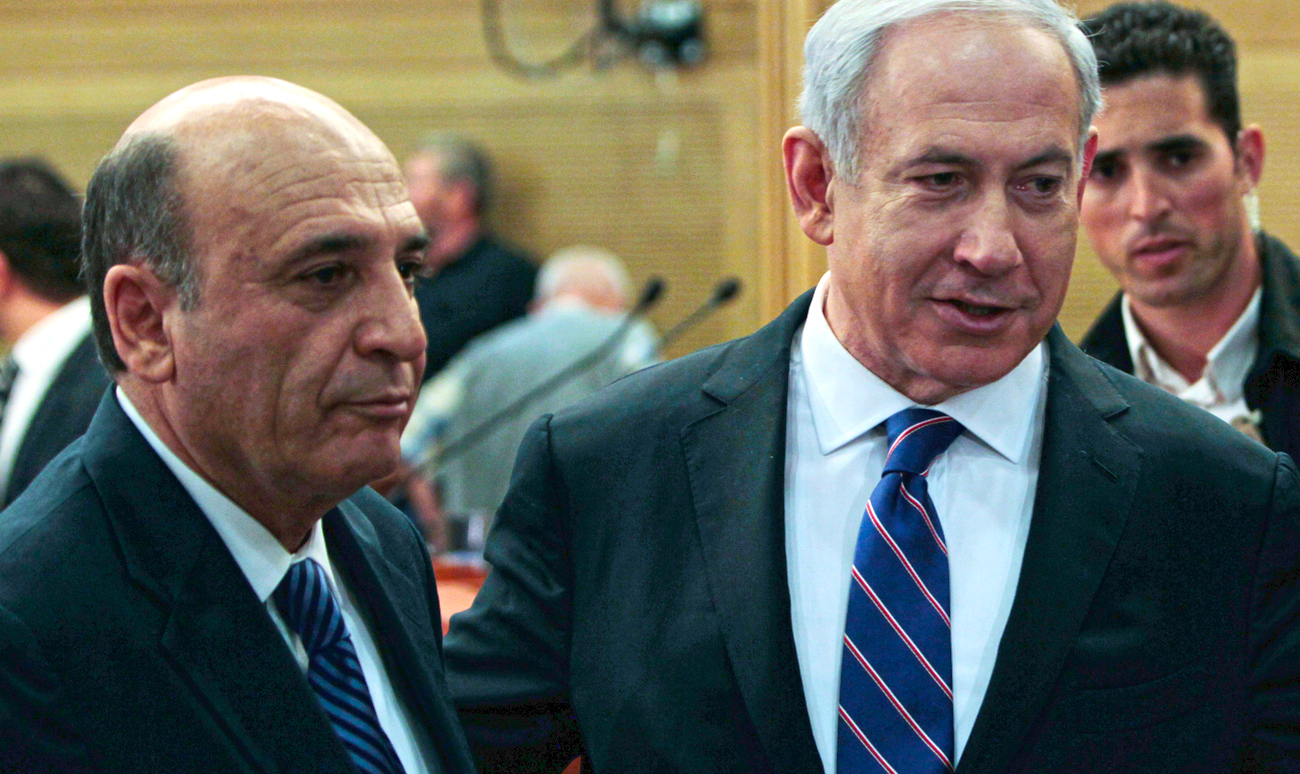 Asked on Army Radio whether he believed such a political deal related to Iran had been in the works, Kadima chief Shaul Mofaz said: “I am saying this with a very heavy heart and with deep foreboding that this is happening in Israel.”

Tzahi Hanegbi, a defector from centrist Kadima, called Mofaz’s allegations fiction aimed at “stirring up fears that Israel is going to take action.”

Mofaz served as vice premier for more than two months in the grand coalition that Kadima subsequently left last week in a dispute over formulating a new law that would end blanket military conscription exemptions for ultra-Orthodox Jews.

Four Kadima legislators revolted after the party bolted the government but their bid to rejoin the coalition at Netanyahu’s behest failed on Monday when they could not muster the minimum seven defectors required under law to form a new faction.

At a news conference on Monday focusing on Kadima infighting, Mofaz raised eyebrows with a seemingly out-of-context pledge his party “will not embark on any operational adventures that will risk the future of our sons and daughters”.

As a member of Netanyahu’s security cabinet, Mofaz was privy to deliberations on Iran’s nuclear programme, and Israeli media called his comments a clear warning against a rush to unilateral military action.

Asked to clarify his remarks, Mofaz, a former armed forces chief and ex-defence minister, said in the radio interview: “I think any premature strike would be a huge mistake before we see the (sanctions) process through.”

He said bringing the Kadima rebels back into the government “would have encouraged” Netanyahu to take military action.

Mofaz’s opposition to a unilateral strike any time soon increases the political risks for Netanyahu in his decision-making over Iran, especially if an operation goes wrong and he faces any inquiry over it later.

Opinion polls show most people in Israel, widely believed to be the Middle East’s only nuclear power, would oppose any unilateral strike on Iran, which denies Israeli and Western accusations that it intends to develop atomic weapons.

Israel has cautioned that time is running out before Iran achieves a “zone of immunity” in which Israeli bombs cannot penetrate deeply buried uranium enrichment facilities.

In a move that could have a bearing on Israeli decision-making on Iran, Kadima’s Hanegbi, a former legislator known in Israel for his hawkish views, jumped on Monday to Likud.

Hanegbi, a former chairman of parliament’s foreign affairs and defence committee, has been critical of Western powers’ inconclusive talks with Iran and has voiced support for an attack on its nuclear facilities.

Israeli media reports said he could get a cabinet post and lobby other ministers and security chiefs to back a strike. Hanegbi has not commented on his future plans within Likud. DM