In Syria crisis, stakes are high for Hezbollah 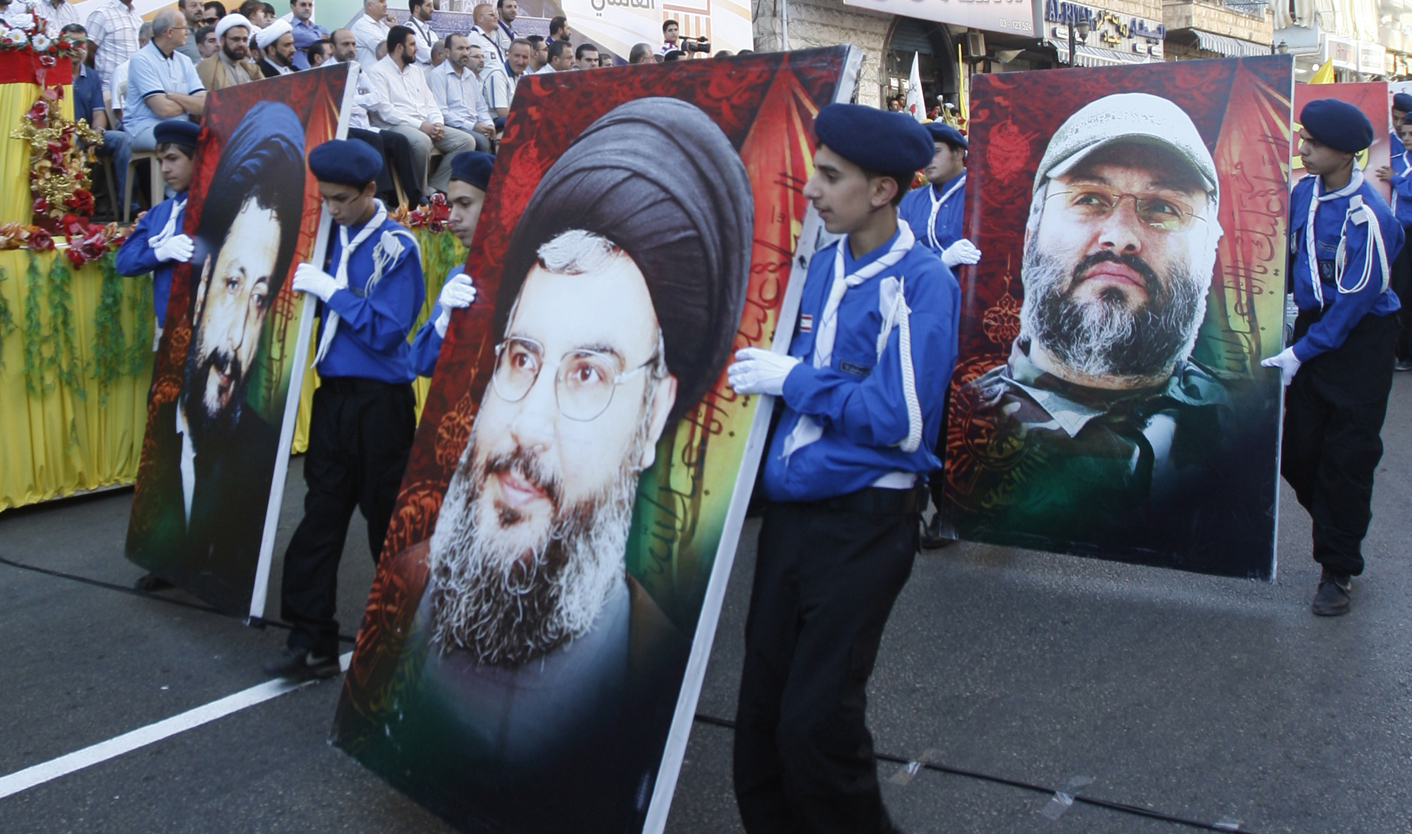 Lebanon's powerful Shi'ite militant group Hezbollah has publicly tied its future to Bashar al-Assad, but as the tide turns against the Syrian president it is silent on whether it will join the fight to support him. By Mariam Karouny.

The stakes are high for the group which fears that toppling Assad will pave the way for increased Western pressure – if not war – on its strongest ally and founder, Shi’ite Iran. By losing Assad the group would also be deprived of its strategic partner and main supply line for its arsenal.

“Hezbollah is at a point of enormous strategic uncertainty. (Syria’s uprising) is not an existential threat, they are too well armed. But now they face a threat from two sides,” a Western diplomat in Lebanon said, referring to Hezbollah’s foe Israel and a potentially hostile post-Assad Syria.

Hezbollah has shown no sign of abandoning Assad and Lebanese officials close to the group say it won’t stand idle if the battle worsens. Some said it will fight Israel. Others said it will deploy some of its fighters to secure the border with Lebanon, from which rebels are attacking Syrian frontier posts.

They also said Hezbollah is bracing for the fighting in Syria to be long and hard.

“They cannot distance themselves. What is happening now is fateful for them,” said Lebanese analyst Jihad al-Zein. “Their alliance with Syria is strategic and was formed with the Assad family.”

“They do not have a choice – they are with the regime until the last minute. This is a strategic alliance between Iran and Syria and they are part of it,” he added.

Hezbollah believes that its enemies, including the West and Israel, are working to reshape the Middle East by replacing Assad with a ruler hostile to it.

In a region riven by a Sunni-Shi’ite divide, Assad belongs to the Alawite sect that is an offshoot of Shi’ite Islam. A new Sunni Muslim leadership is unlikely to favour the Shi’ite Hezbollah.

While Hezbollah supported the revolts in the Arab world that toppled the leaders of Egypt, Tunis and Libya, it responded to the initially largely peaceful protests in Syria by saying it backed Assad’s promises of reform.

“Hezbollah will definitely take part in the war if Syria faces foreign intervention. It sees the whole campaign on Assad as a campaign to target resistance,” a second Lebanese official said, using the label for armed groups opposed to Israel.

For now, they say Hezbollah has been watching the unrest in Syria. It banned officials and members from publicly talking about the revolt, leaving its leader Sayyed Hassan Nasrallah as the only voice of the group, reiterating his support for Assad.

A year ago, officials close to Hezbollah denied Syrian opposition accusations that it was sending fighters to help Assad’s forces. The same officials now say this might change if there is foreign intervention or Assad is weakened.

“So far, Assad does not need more fighters. His army is more than capable of dealing with this. He does not need Hezbollah’s fighters. They are only a few thousands and he has hundreds of thousands,” a Lebanese security official said.

But another official said “this is a war and in wars all options are on the table.. What is important is that the Damascus supply line remains open to Hezbollah. It is willing to do whatever it takes to keep it like that.”

Hezbollah’s view can be encapsulated in the comments of a senior Iranian Revolutionary Guards commander who said on Tuesday that any foreign power intervening in Syria would suffer “decisive blows”, specifically referring to “hated Arabs” – a veiled reference to regional rivals Saudi Arabia and Qatar.

Damascus has accused Saudi Arabia and Qatar of channelling weapons and money to rebels fighting Assad’s forces. Activists say more than 17,000 people have been killed in the 16-month uprising against his rule.

“Iran and Hezbollah – Assad’s allies in this ‘trio of brutality’ – will cross any line to keep the Assad regime in power,” he told a U.N. Security Council debate on the Middle East on Wednesday.

While Hezbollah believes that Assad will not be unseated, it is bracing for a long battle that will get tougher by the day.

“I want to know how do (the West) think Bashar is going to fall? By them (rebels) controlling Damascus? Then there will be a major war,” said a Lebanese official close to the group.

“Or do they think he will leave by foreign intervention? Then the whole region will be set ablaze. So he is not going to fall. Please get this out of your head.”

In a speech last week Hezbollah’s leader Nasrallah said the unrest in Syria was a continuation of the 33-day war which his group fought with Israel in 2006.

The group, established nearly 30 years ago to confront Israel’s occupation of south Lebanon, inflicted serious damage and casualties by firing missiles deep into Israel in that conflict, and was able to sustain weeks of rocket attacks despite a major Israeli military incursion into Lebanon.

Western intelligence sources say the movement’s arsenal has been more than replenished since the fighting ended, with European-led U.N. peace keepers in southern Lebanon powerless to prevent supplies entering mostly from Syria.

“(The goal was) after destroying the resistance in Lebanon to topple President Bashar al-Assad, destroy Syria and submit it to the American-Israeli agenda,” Nasrallah told supporters.

He described the four top Syrian security officials killed last week as martyrs and said the rockets that his group used to bombard Israel were made in Syria.

“(The speech) was a signal that the relationship is deep and any revaluation of the position will not take place immediately,” Ayham Kamel from Carnegie centre said.

Assad’s fall would weaken Hezbollah in Lebanon and unleash a Sunni-led campaign to limit the group’s power.

The tension between Sunnis and Shi’ite in Lebanon, a small country where sectarian factions fought a 15 year civil war in the 70s, surfaced when former Prime Minister Rafik al-Hariri was killed in 2005. Hariri supporters accused Syria and then Hezbollah of killing him – a charge they both deny. An international tribunal set to investigate the killing accused several Hezbollah members.

The revolt in Syria has deepened sectarian divisions in Lebanon, pitting many Sunni Muslims who support the rebellion against Hezbollah and other Shi’ite groups who back Assad.

A little known Sunni Sheikh Ahmad al-Assir, from the southern coastal city of Sidon, has gained increasing prominence, calling for Hezbollah to be disarmed and emboldening other anti-Hezbollah voices.

While Sunni Muslims have no military power to match Hezbollah, Sunni Islamist fighters including Arab veterans from wars in Iraq and Afghanistan have always found haven in Lebanon.

But some officials played down the impact on the group internally. One said: “Even if Assad leaves. Who is going to touch Hezbollah here? It is a very powerful group and targeting it is not a joke.”

And for the majority of Shi’ites who form the base of the group’s supporters neither Hezbollah nor Assad will be alone.

During the street fights in Damascus a liberal Shi’ite, summing up the sentiments of many Shi’ites, wrote on his facebook :”Please Sayyed (Nasrallah) give us the orders (to fight).” DM