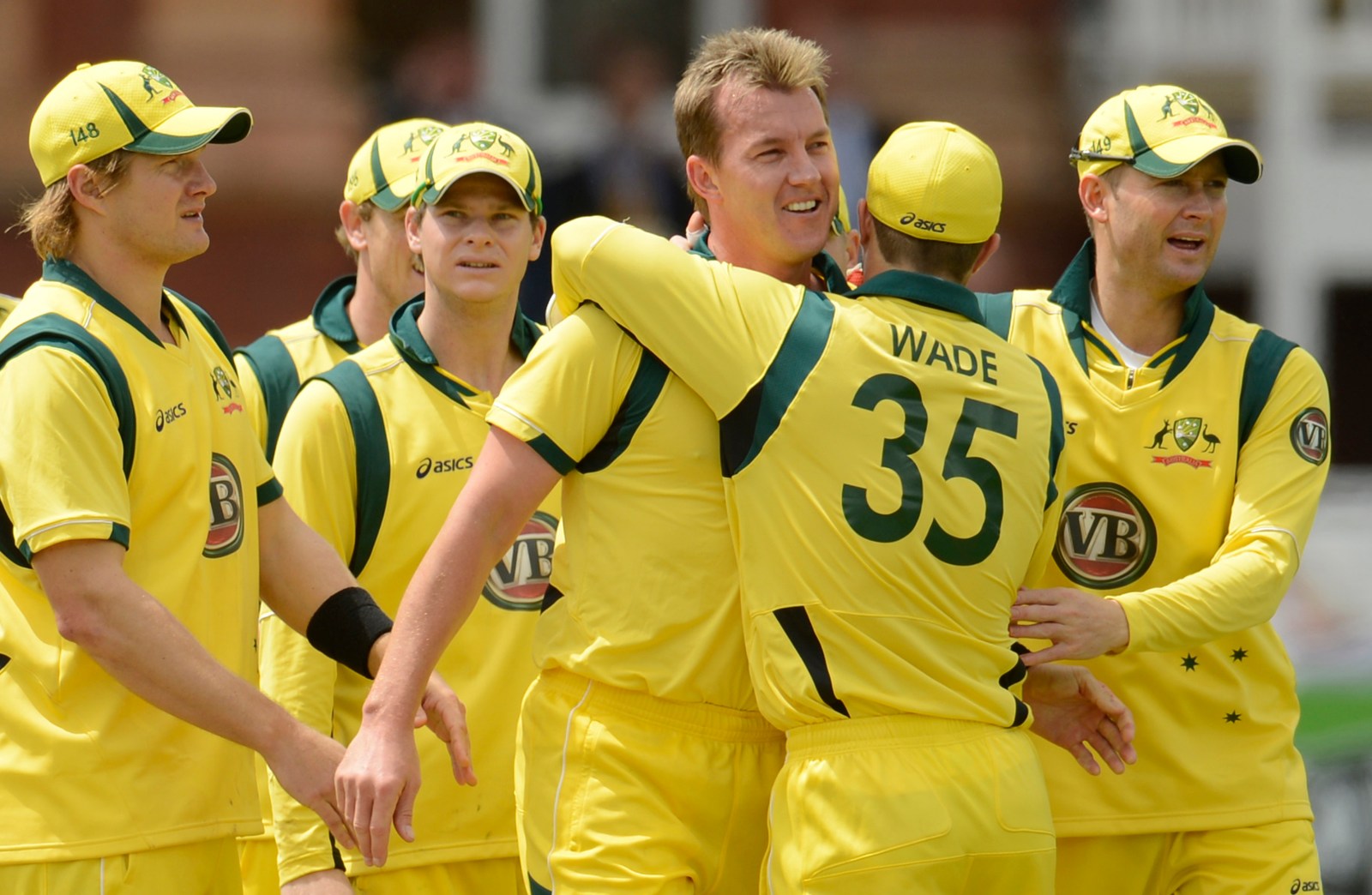 Australia were sent packing with tails between their legs after losing their ODI series 4-0 to a clinical England. Coach Mickey Arthur admits something is amiss; he just doesn’t know what. By ANT SIMS.

The once-mighty Australia continued their fall from grace and took yet another battering from England as the hosts completed a 4-0 sweep of the one-day series.

After a long rain delay, play finally got underway in a match reduced to 32 overs a side. England won the toss and chose to field, restricting the Australian opening batsmen to a crawl. David Warner and Matthew Wade trundled along, managing just 43 in 10 overs, before James Tredwell got the breakthrough and sent Wade on his way. The familiar picture of losing wickets at regular intervals continued as Australia seemed to lose their knack for partnerships. Some late resistance from George Bailey, with an unbeaten 46 off 41, spared Australia some blushes, but England turned the screws and restricted the visitors to 145-7 in 32 overs.

Ian Bell was dismissed early on, before rain interrupted proceedings yet again and the match was further reduced to 29 overs, with England’s total being adjusted to 138. Michael Clarke managed to remove Jonathan Trott, but Alastair Cook dug in deep and brought up another international ODI 50, with Ravi Bopara supporting him well at the other end. Together, the two combined for a 92-run partnership before Ben Hilfenhaus picked up a consolation wicket, getting Cook to edge through to the slips on 58. Bopara also notched up his 50 and Eoin Morgan joined him at the crease to tick off the winning runs and help England clinch a comprehensive seven-wicket victory, which saw them go third in the ODI rankings.

It’s another blow for Mickey Arthur, who has endured a torrid time since being appointed coach of Australia, and things are only going to get tougher. Australia will travel to the UAE in August for a three-match ODI series and three T20s against Pakistan, and then jet off to the T20 World Cup in Sri Lanka. It’s an intimidating line-up for any team, never mind a team in apparent disarray.

The team is currently without a bowling coach, and the lack of guidance in this area is evident. On this tour of England, their fast bowling prospects have looked limp and ineffective, in conditions which were sometimes tailor-made for them to flourish. The bowling attack also has not managed to take more than five wickets in an innings and runs have far too often been leaked at crucial times.

Arthur has admitted that something is amiss with the limited overs side, but failed to pinpoint exactly where the team is lacking.

“I think our Test team is really good, it’s really settled, it’s got that hard edge. The Twenty20 team, we haven’t really had that much time together, but the one-day team there’s just that something missing,” Arthur said.

The former South African coach said the team had been bullied by England. He believes the one-day side is lacking a presence, but doesn’t seem to be able to explain where the solution will come from.

“We’ve allowed [ourselves] to be bullied, and we’re better than that. I don’t think we’ve had a presence this series. I’m talking absolute presence when batters are out there, like the presence our Test team had against India – when we walked on that field, there was body language, we were strong, we were decisive, there was that presence.