Putin says the West is on the decline 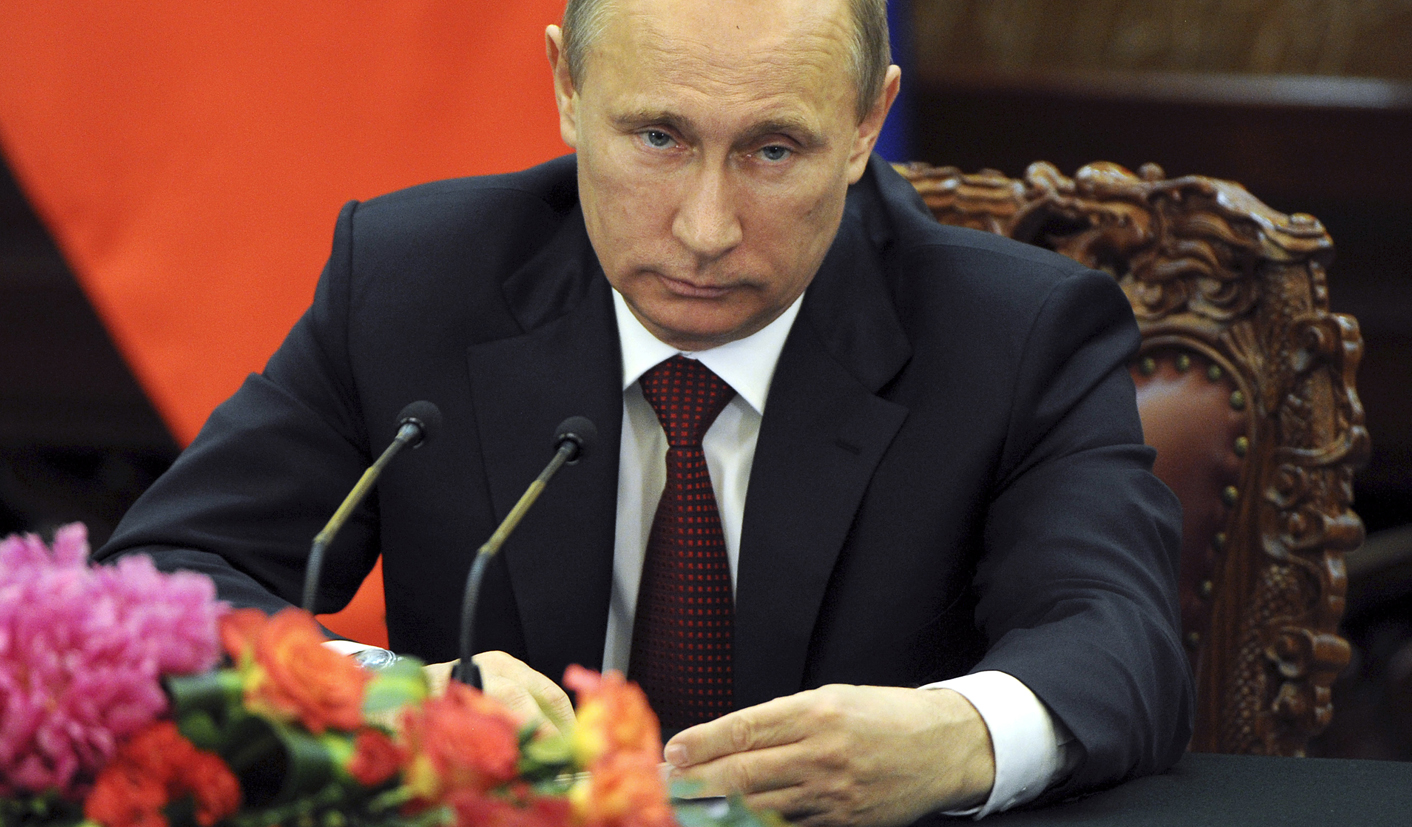 President Vladimir Putin said on Monday the West's influence was waning as its economy declines but warned Russian diplomats to be on their guard against a backlash from Moscow's former Cold War enemies. By Thomas Grove.

In a biennial speech to Russian ambassadors, Putin also took a shot at the West by condemning any unilateral actions to solve international disputes and underlined the importance of resolving such conflicts through the United Nations.

His remarks suggested that Russia, a veto-wielding permanent member of the Security Council, would keep on defending ally Syria at the United Nations over its military crackdown on an popular uprising that has evolved into an armed insurgency.

“Domestic socio-economic problems that have become worse in industrialised countries as a result of the (economic) crisis are weakening the dominant role of the so-called historical West,” Putin told a meeting of Russian ambassadors from across the world.

He told the envoys, gathered in Moscow, that they should try to influence events where Russian interests were at stake.

“Be ready for any development of the situation, even for the most unfavourable development,” he said in the 20-minute speech, parts of which were televised.

Putin’s speech was sprinkled with the hawkish rhetoric that has made many foreign policy experts predict a turn for the worse in relations with the United States following his return to the Kremlin in May.

The economic problems faced by the European Union are the “tip of the iceberg of unresolved structural problems that is facing the entire world economy,” he said.

Such comments, portraying Russia’s oil-fuelled economy as stable and in a much better state that the debt-ridden euro zone, are not only aimed at the West but also at protesters in Russia who say Putin’s return to the presidency will usher in economic and political stagnation.

The speech, delivered in the wood-panelled halls of the Foreign Ministry’s headquarters, was a hallmark of Putin’s first presidency, which started in 2000. It now provides an opportunity to set out Russia’s foreign policy initiatives.

Putin reiterated accusations that the West is engaging in unilateral diplomacy outside the United Nations to maintain influence in world politics, and implied again that the West was behind the Arab Spring revolutions.

“We are seeing attempts by individual players in the international community to keep the influence they are used to by which our partners often use unilateral actions that contradict international law,” he said.

“This can be seen from the so-called humanitarian operations … and intervention in internal conflicts.”

Under his predecessor as president, Dmitry Medvedev, Russia did not veto a U.N. Security Council resolution that paved the way for military intervention in Libya.

But Putin has criticised the military action that followed as a “medieval crusade” and made clear he will not allow the Security Council to repeat such action over the conflict in Syria.

“The search for compromises in a peaceful way should become an imperative,” he said. DM