Mexico recounts votes from over half of polling booths 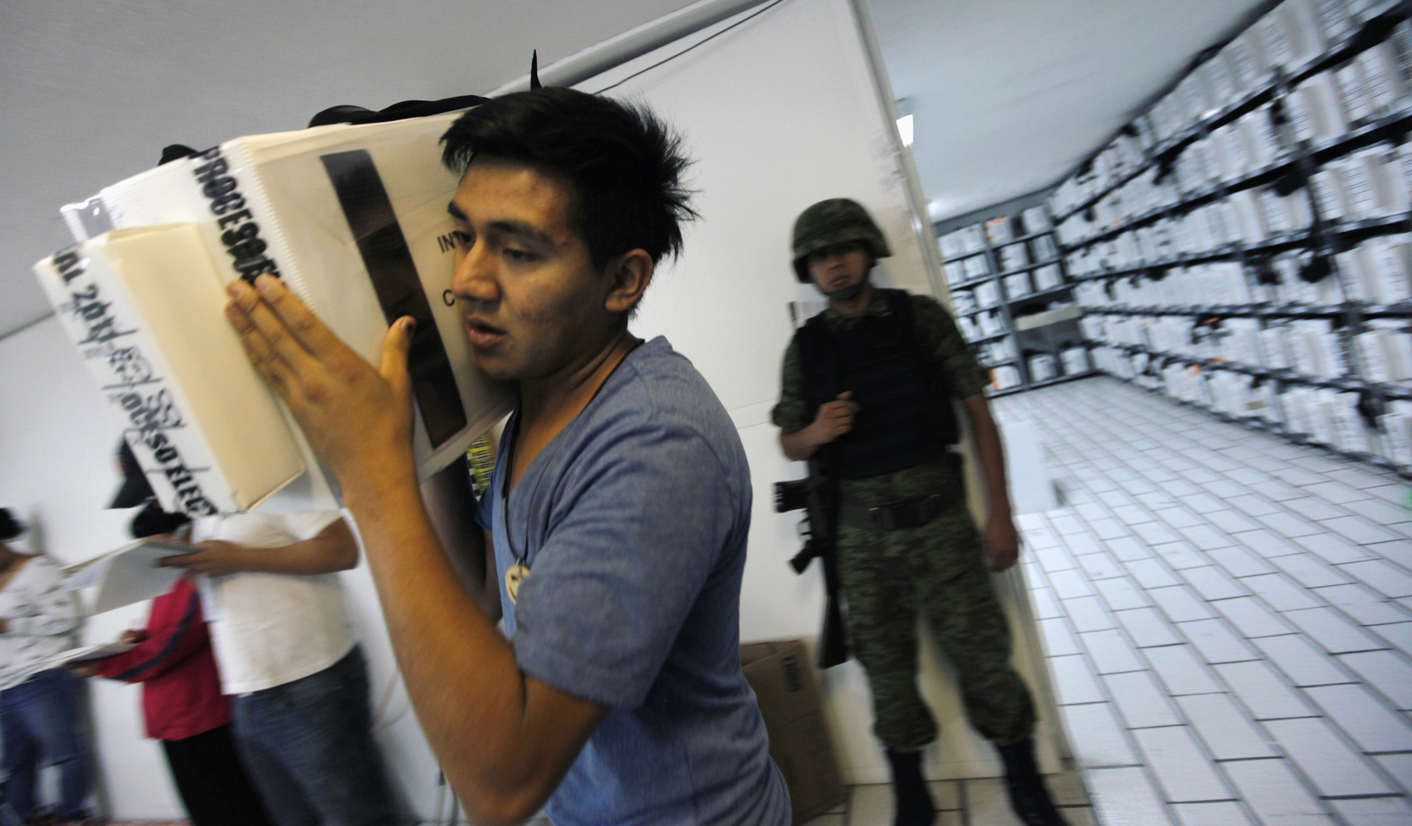 Mexico's election officials on Wednesday recounted votes from more than half the polling booths in Sunday's presidential and congressional elections, responding to claims of fraud and requests for recounts in areas where the race was tight. By Lizbeth Diaz.

Officials with the Federal Electoral Institute (IFE) said the recount would not significantly change preliminary results of the presidential vote that showed Enrique Pena Nieto of the Institutional Revolutionary Party (PRI) winning with more than 38 percent of the vote, 6.5 points clear of his nearest rival.

Leftist runner-up Andres Manuel Lopez Obrador refused to concede and is demanding a new tally, alleging vote-buying and coercion by the PRI, whose seven decades of rule in the last century were marked by widespread allegations of vote-rigging.

Lopez Obrador had asked for a recount of every vote, but the IFE said on Wednesday just over half the polling booths for the presidential race met the necessary conditions set out by a 2007 electoral law.

That law foresees that a recount can be requested at a polling place where there was a gap of less than one percentage point between the two leading candidates, or for other “inconsistencies” that could include hard-to-read ballots.

“This is an exercise in openness and transparency,” said Edmundo Jacobo, executive secretary of the IFE.

The final presidential numbers were due in on Thursday.

With returns counted from more than a third of the polling stations, Pena Nieto had won 39.2 percent of the vote, 9 points ahead of Lopez Obrador. All these votes had either been recounted or were already considered final, the IFE said.

The final congressional counts were due on Sunday.

Other conditions that could allow for a recount were when all votes at a polling station had been cast for one party, or when the number of void ballots was bigger than the gap between the first and second-placed candidates, the IFE said.

Election officials said those conditions were met for 54.5 percent of polling stations for the presidential race and just over 60 percent in the cases of the Senate and lower house of Congress, which were also elected on Sunday.

In 2006, Lopez Obrador demanded a recount after losing to President Felipe Calderon by slightly more than half a percentage point, or some 250,000 votes. This time he finished more than 3 million votes behind Pena Nieto.

Electoral law did not permit a full recount back then and his request was refused. Afterwards Lopez Obrador launched months of protests that choked Mexico City for weeks. DM

Photo: An electoral worker carries a sealed ballot box for a recount of votes at a district office of Mexico’s Federal Electoral Institute (IFE) in Mexico City July 4, 2012. Mexico’s election officials on Wednesday recounted votes from more than half the polling places from Sunday’s presidential election after the leftist runner-up alleged fraud and asked for a recount. Andres Manuel Lopez Obrador, who finished about 6.5 percentage points behind the declared winner, Enrique Pena Nieto of the Institutional Revolutionary Party (PRI), said on Tuesday the election had been corrupted by PRI vote-buying and other abuses. (REUTERS/Claudia Daut)