From a vial of mom’s blood, a fetus’s entire genome 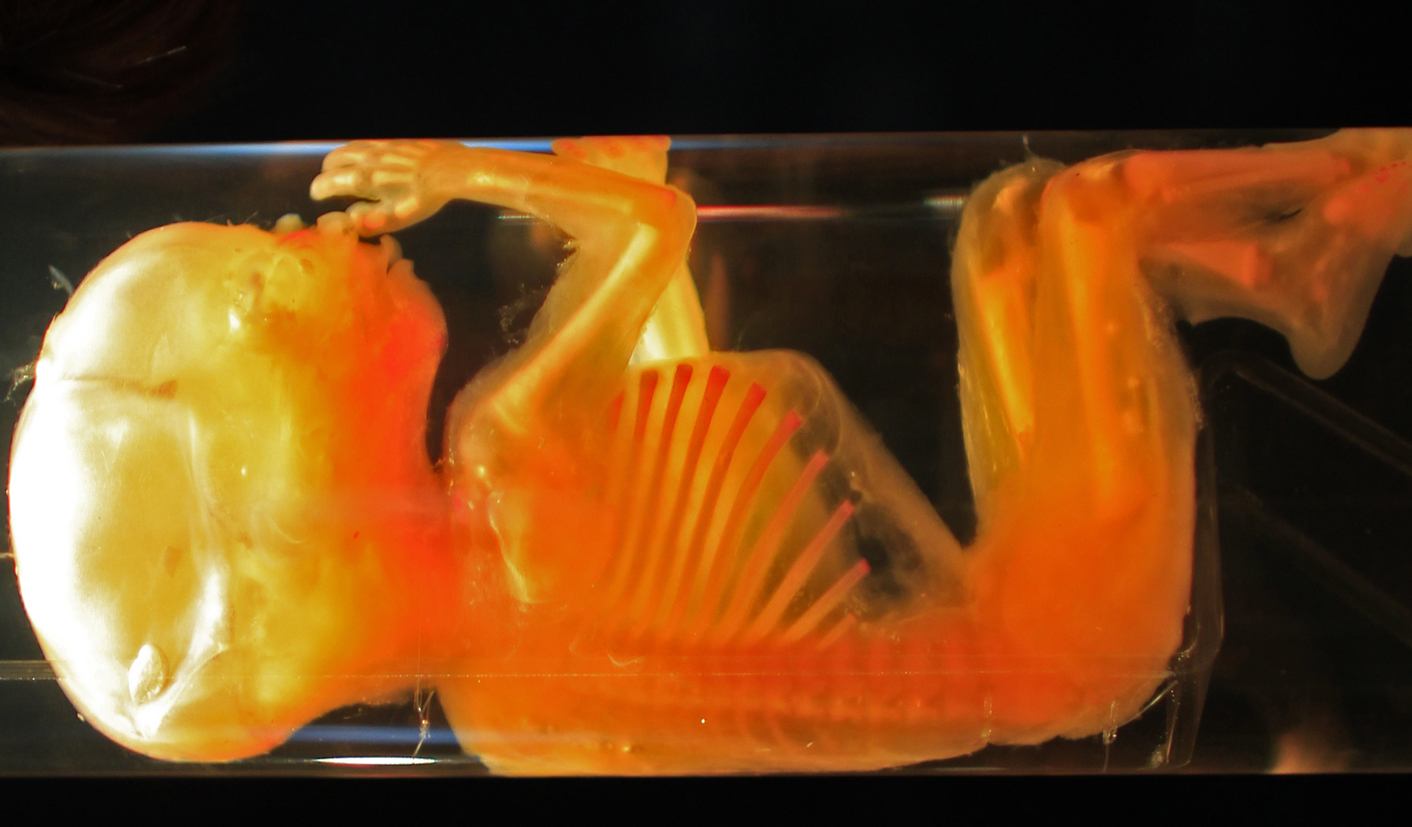 The days of pregnant women having a 3-inch-long (8-centimetre-long) hollow needle jabbed into their abdomens may be numbered. For the second time in a month, scientists have announced that a simple blood test, rather than more invasive tests such as amniocentesis, can determine a fetus's genetic make-up, identifying mutations causing any of about 3,000 inherited disorders that arise from a glitch in a single gene, such as cystic fibrosis. By Sharon Begley.

Unlike a procedure unveiled last month, the one announced Wednesday in the journal Nature can be done without knowing who the father is, much less obtaining a sample of his DNA. Since paternity is unknown or incorrect in an estimated 3 to 10 percent of births in the United States, the father-free method promises to make fetal DNA sequencing possible in every pregnancy, if hurdles including cost and accuracy are overcome.

“We’re really on the verge of an enormous increase in our ability to understand what an infant will be like,” said Dr Michael Katz, a senior adviser to the March of Dimes, a foundation that supports research on pregnancy and birth defects. Katz was not involved in the study. “You’ll be able to detect any kind of abnormality early, quickly, without distress and safely. This is the way of the future.”

Determining a fetus’s genome might give women more reasons to end a pregnancy. But it would also let physicians identify conditions that can be treated before birth or immediately after, said Stephen Quake of Stanford University in California, who led the new study: “The way it’s done now, parents wait until a newborn gets sick and suffers in the first weeks of life, and only then does the doctor start figuring out the baby has a metabolic or immune disorder.”

With prenatal genetic testing, in contrast, the parents would know by the end of the first trimester (12 to 13 weeks) if the fetus has a genetic or chromosomal defect. That way, they can be ready if the baby has special needs, which can be as simple as a certain diet.

Knowing so early that something has gone wrong might also allow physicians to treat a fetus. Prenatal surgery, introduced 30 years ago, is currently performed at a few specialized hospitals to correct just a few heart, bladder or other defects.

“Now we can challenge our colleagues in surgery and pharmacology,” said Quake. “We’ll soon be able to diagnose all these genetic disorders; what are you going to do about them?”

Knowing every detail of a fetus’s genome could open the door to more controversial steps, however. In China and India, parents use ultrasound for sex selection, aborting 1.3 million to 1.6 million female fetuses every year, according to estimates in a 2011 study in the journal Lancet and a 2009 study in the World Bank Economic Review.

Even though personality, character and appearance are not determined by single genes like those the new fetal genetic testing can identify, that might not stop parents from aborting fetuses whose genes they don’t like.

Today, most prenatal genetic tests are done through amniocentesis or chorionic villus sampling (CVS). For an amnio, done at 15 to 18 weeks gestation, a physician uses a hollow needle to remove a small sample of amniotic fluid; a lab then analyzes the fetal cells in it. In CVS, done at 10 to 12 weeks, a needle through the abdomen or cervix harvests cells from the placenta.

Both procedures have significant drawbacks, experts say. Amnio poses a 1-in-400 risk of miscarriage. And both amnio and CVS can be used for only a couple of genetic tests, said Stanford bioethicist Hank Greely. About 1 to 2 percent of pregnant women in the United States have amnio or CVS.

Because the new fetal genome test requires only a blood sample, not a needle into the uterus, it poses no risk of miscarriage. Sequencing the medically relevant regions of the fetal genome would cost about $2,000, but that will drop as sequencing costs plummet. “If the clinical studies are launched soon, they would probably take three years to complete” and reach the doctor’s office.

But only if the tests become more accurate. The version unveiled in June by scientists at the University of Washington, as well as the Stanford procedure, miss some mutations and mistakenly identified some healthy genes as abnormal. Telling expectant parents something is wrong when it isn’t or giving the fetus a clean bill of health when something is wrong could be tragic.

Deluging parent-to-be with information about 20,000 or so fetal genes brings its own challenges. “Do we tell the pregnant woman about serious, moderate or mild diseases?” asks Greely. “About hair color, eye color? About Alzheimer’s risks for 70 years later? About the hundreds of variants of unknown significance found in every genome?” It will be especially challenging for parents to decide what to do with genetic information that shows a disease is possible but not certain.

DNA IN THE BLOOD

The new study is based on the fact that a pregnant woman’s blood contains millions of DNA fragments. Most are from her own cells. But early in pregnancy, 5 to 10 percent are from her fetus. Unfortunately, it’s not possible to tell directly which is the mother’s DNA and which is the baby’s.

Quake and his team therefore devised a workaround. Basically, he said, “you have to throw it all into a DNA sequencer and work it out.” Using sequencing machines from Illumina, they deduced the fetal genome sequence by counting the relative proportions of different DNA variants, knowing that the most common ones had to be mom’s because the mix of DNA contained her own as well as that the fetus inherited from her.

The Stanford study is a proof of principle, not hard evidence the technique will work outside the lab. The scientists determined the gene sequences of only two fetuses.

In one, however, the mother has a chromosomal deletion that can cause DiGeorge syndrome, which is marked by heart, neuromuscular and cognitive problems. The study determined, correctly, that the fetus had the condition, too.

Last month, scientists led by Jay Shendure of the University of Washington in Seattle announced that they had developed a similar fetal-genome technique using DNA from the pregnant woman’s blood. They determined the fetus’s genome more directly, by comparing it to the mother’s and father’s.

Whether fetal genetic testing will use only the mother’s blood and DNA, as the Stanford test did, or also the father’s DNA, prenatal genetic testing through a vial of mom’s blood is here. In 2008, Quake’s team discovered that fetal DNA from mom’s blood can be used to detect Down syndrome. Last year, the test – more accurate than what obstetricians had used for decades – went on the market.

“Things are possible today that I never would have imagined even five years ago,” said Dr Diana Bianchi, professor of pediatrics, obstetrics and gynecology at Tufts University School of Medicine in Boston, a pioneer in the study of fetal cells in a mother’s blood. “The technology is moving forward so fast we’ve barely had time to consider what it means.” DM