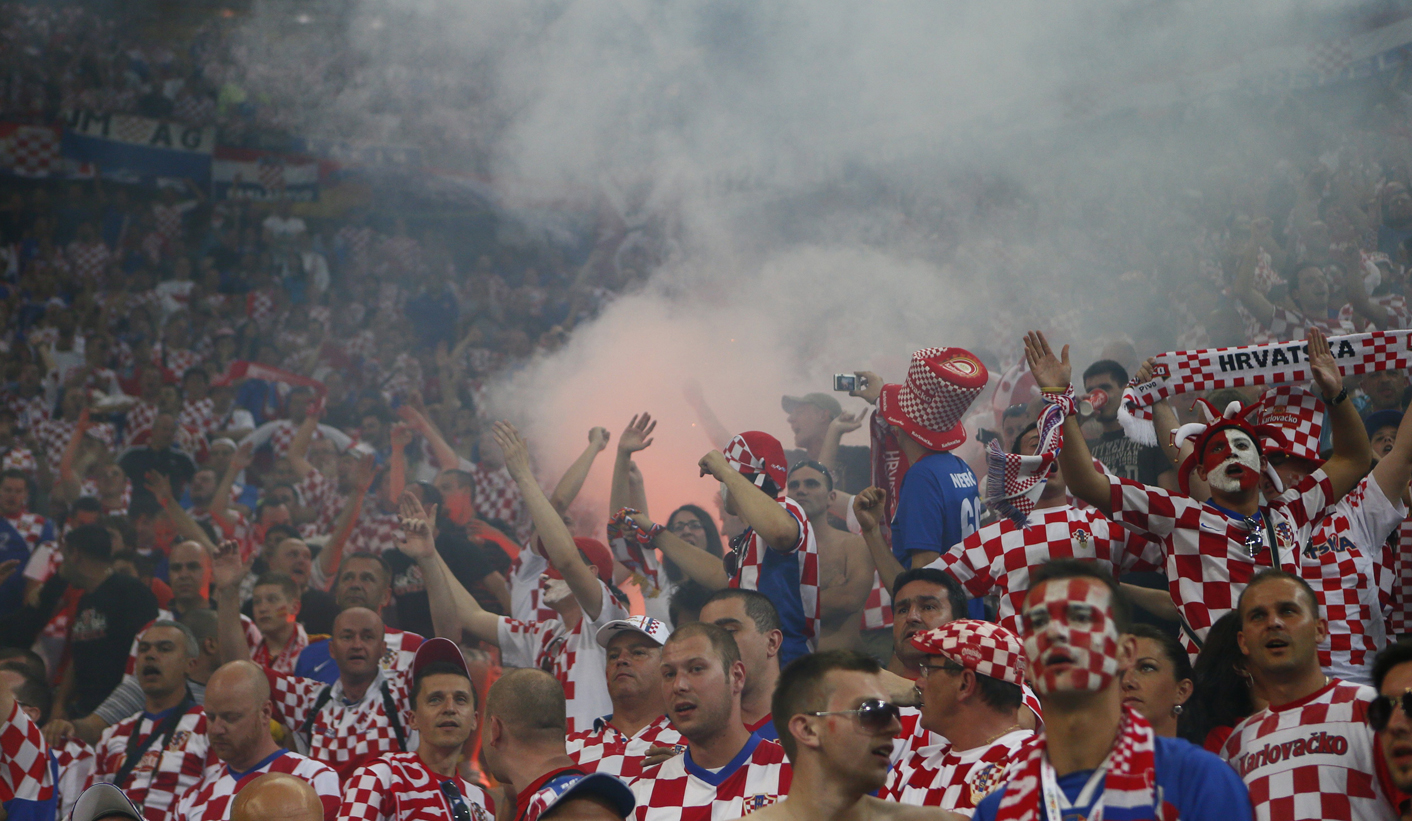 The Croatian Football Federation was fined 80,000 euros ($100,600) by UEFA on Tuesday for racist chants directed at Italy striker Mario Balotelli by their fans at the Euro 2012 Group C match in Poznan last Thursday. By Justin Palmer

“The Croatian Football Federation (HNS) has been fined 80,000 euros for the setting-off and throwing of fireworks, and the improper conduct of supporters (racist chants, racist symbols) at the UEFA Euro 2012 Group C match against Italy,” European soccer’s governing body said in a statement.

UEFA said an appeal can be lodged by Croatia, who were eliminated from the tournament after defeat in their final group game by Spain on Monday, within three days of the dispatch of the reasoned decision.

“It is certainly a drastic fine for us. Unfortunately, the behaviour of a tiny group of people immensely tarnishes our reputation and inflicts a huge financial damage,” the secretary-general of the Croatian Soccer Federation (HNS), Zorislav Srebric, told Reuters.

“It is difficult to deal with such individuals and we would need stronger preventive measures and a help from our supporters in isolating them.”

The Croatian federation was fined 25,000 euros by UEFA last week for spectator incidents, including the setting off of fireworks and a pitch invasion, in the match against Ireland in Poznan.

The Football Against Racism in Europe (FARE) network, which works closely with UEFA and has observers at each Euro 2012 game, said that between 300 and 500 Croatian fans were involved in racially abusing Italy’s Balotelli.

The financial penalty imposed on Tuesday is 20,000 euros less than the punishment handed out to Denmark striker Nicklas Bendtner for revealing the logo of a betting company on his underpants while celebrating a goal at Euro 2012.

“I think 80,000 is a significant fine but I can see the public concern that exists when it is compared to the fine imposed on Nicklas Bendtner,” FARE chief executive Piara Powar told Reuters.

Croatia have previously been fined twice in the last four years for the racist behaviour of their fans.

UEFA president Michel Platini expressed his anger with Croatia on Monday, saying he had spoken of his concerns about supporter behaviour with the Balkan country’s President and Prime Minister a year ago.

“I don’t manage people but the people who have come to the stadiums (in this tournament), they were very nice, except some Croatians,” Platini told reporters.

The issue of racism dominated the build-up to Euro 2012, co-hosted by Poland and Ukraine and the biggest sporting event in eastern Europe since the end of communism.  DM