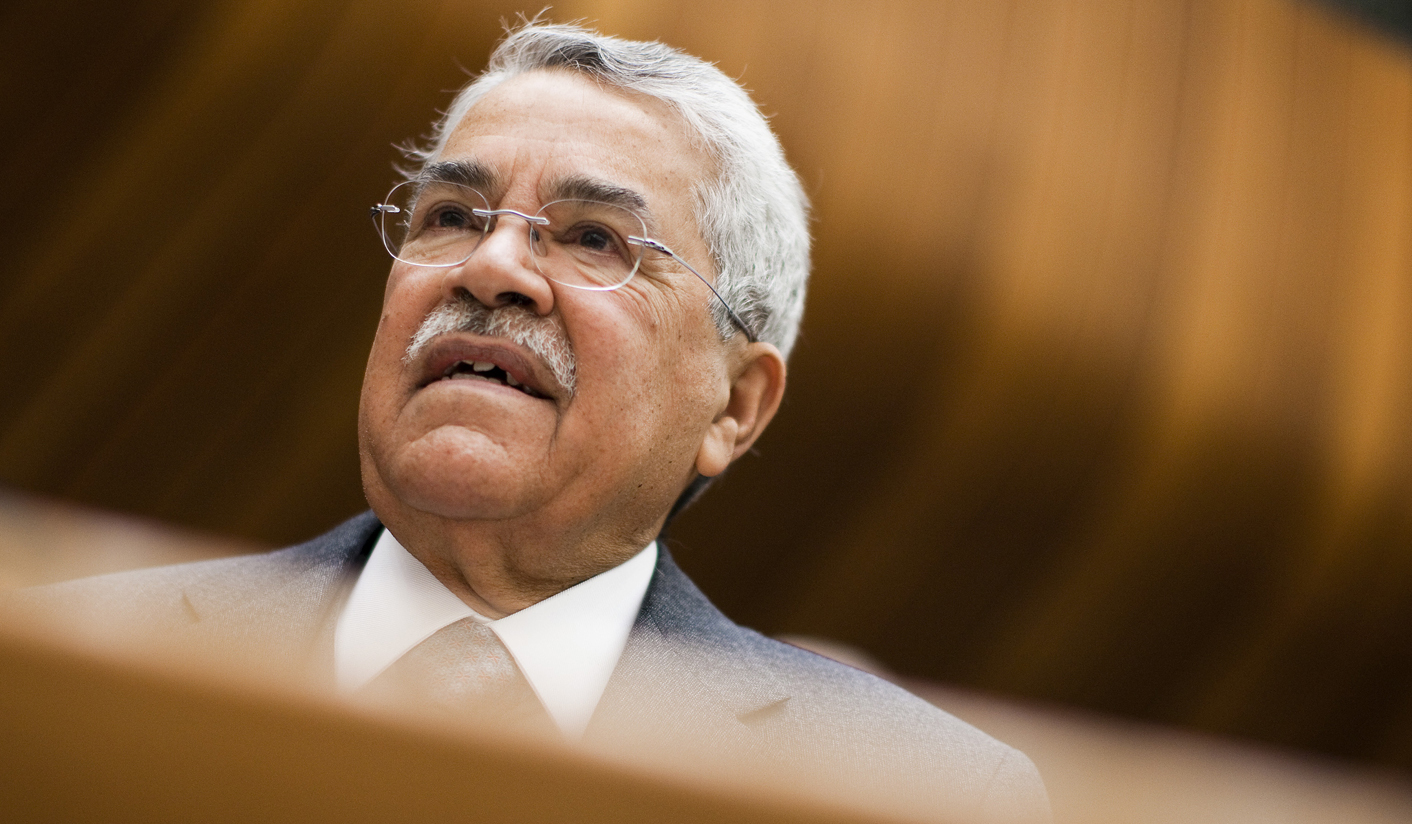 Leading oil producer Saudi Arabia put itself on a collision course with fellow OPEC countries on Monday by calling for an increase in the cartel's output target despite a recent fall in crude prices. By Peg Mackey and Daniel Fineren (Reuters)

“Our analysis suggests that we will need a higher ceiling than currently exists,” Saudi Oil Minister Ali al-Naimi said in an interview with the Gulf Oil Review ahead of a meeting of the Organization of the Petroleum Exporting Countries on Thursday.

That was at odds with the assessment by Iraq’s OPEC President, Abdul Kareem Luaibi, that there is a surplus in supplies from the 12-member group.

“It’s very clear there is a tremendous surplus that has led to this severe decline in prices in a very short time span,” Luaibi told reporters.

Brent crude has fallen about $28 a barrel since March to $100 a barrel, weighed down by slow economic growth and increased output from Saudi Arabia.

OPEC’s biggest producer, Saudi has lifted output sharply this year to 10 million barrels a day, a 30-year high, to help bring crude prices down in an effort to nurse global growth.

“Our actions have helped the oil price drop from $128 in March to about $100 today which has acted as a type of stimulus to the European and world economy,” said Naimi.

Saudi Arabia, a member of the Group of 20 leading world powers, has a reputation as a moderate on oil prices among OPEC producers.

Others, including Iran and Iraq, are keen to keep prices high to maximise revenues.

Iran has seen its production sink to the lowest level in two decades as a result of EU and U.S. sanctions and wants the Gulf Arab countries to cut output.

Higher Saudi output has taken group production to 1.8 million barrels daily in excess of the formal output target of 30 million bpd it set when it last met in December. All others in OPEC are pumping at or close to capacity.

Iraq and Iran are expected to argue that Saudi Arabia should reduce supplies to help support prices.

The assessment of OPEC’s Vienna-based secretariat of how much OPEC crude is required to balance the market may prove crucial.

Its latest report put demand for OPEC oil at 30.7 million bpd on average in the second half of the year. It is due to update that forecast on Tuesday.

Venezuela and Algeria have also criticized OPEC over-production, with Algiers even suggesting the possibility of a supply cut.

While Riyadh is content with prices near $100, some in OPEC need higher prices to balance budgets. Iraq’s Luaibi said $100-$120 a barrel was “reasonable and acceptable”.

The group appears unlikely to reintroduce individual quotas to help police its production.

“It’s rather difficult at this conference to talk about individual quotas because there are outside conditions beyond the control of OPEC,” said Luaibi. DM