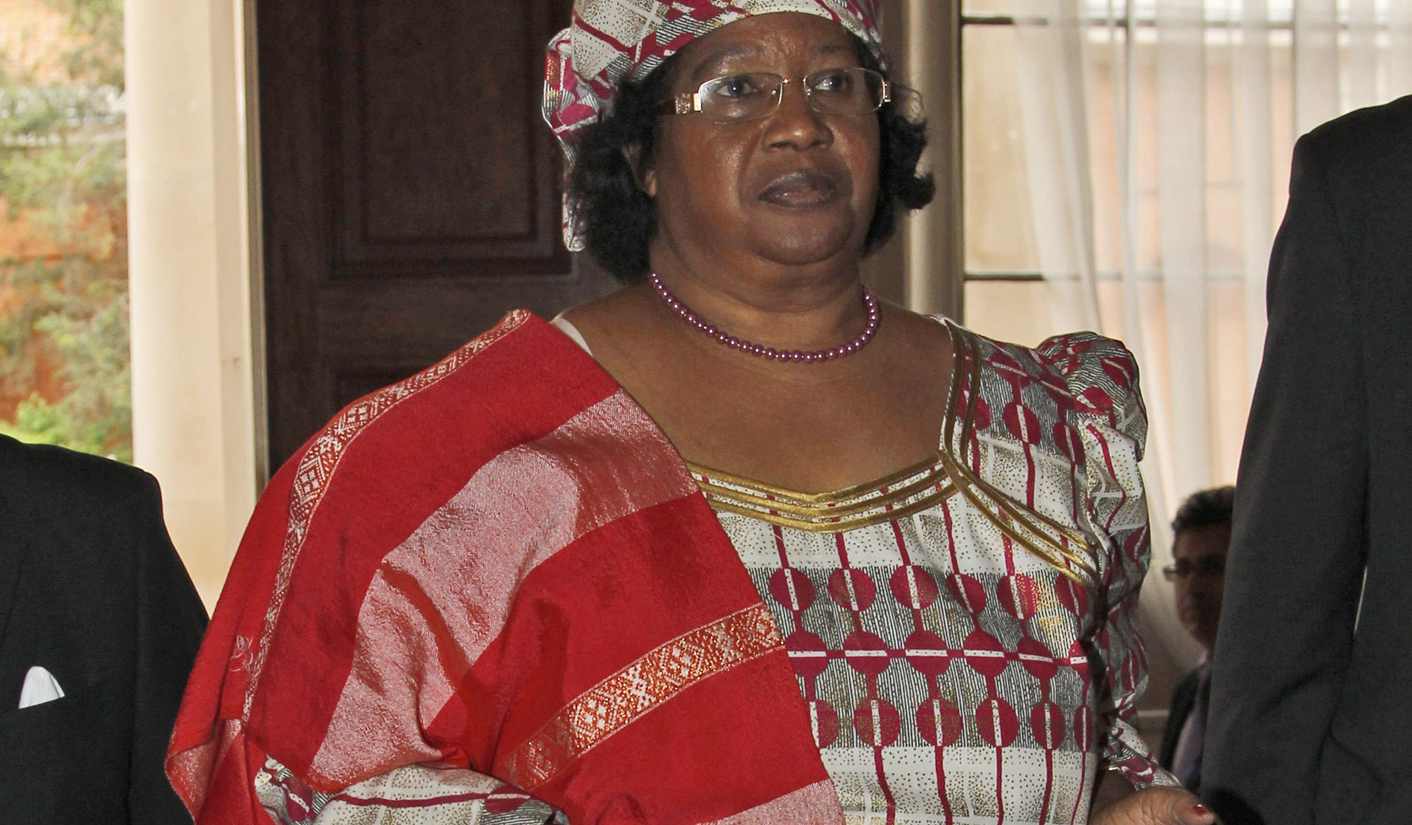 Once in a generation comes a politician who exposes the entire rotten stinking mess that is modern politics of their own country and/or continent. CHRIS GIBBONS invites us to meet one - Malawi’s new President, Joyce Banda.

For the first time in African history, one of its leaders has exposed the African Union for the corrupt clique of crooks and dictators it is. Yes, you may bring the AU summit to Malawi next month, said its President, Joyce Banda, but when Sudan’s President Omar al-Bashir steps off the plane, he will be arrested.

Needless to say, the AU decided within minutes to pull the summit from Malawi and take it back to their headquarters in Addis Ababa, Ethiopia, where the murderous Al-Bashir will be able to come and go as he pleases.

It must be recorded at this point that there is debate on this issue. There is a separate international treaty which accords immunity to heads of state. It’s what enables Zimbabwe’s Robert Mugabe to visit this country with impunity, despite the recent court ruling compelling the South African police to investigate charges of torture against other senior members of his Zimbabwean government. The lawyers at the ICC in The Hague acknowledge the conflict between the two treaties, but need a test case to sort it out. That test case has Omar al-Bashir’s name pencilled in.

Contrast, however, the recent South African case with Banda’s decisive and principled action. In our case, a local NGO and a group of exiled Zimbabweans had to force the ANC government to the North Gauteng High Court, which ordered it to honour its international obligations. It remains to be seen if anyone in an appropriate structure – the Hawks, the SAPS, the department of international relations and co-operation – will pay a blind bit of notice to the court. Banda, on the other, didn’t need to approach a court, nor did she need assistance from any Malawian NGOs. Her decision was quick, uncomplicated and principled: we’ve signed the treaty, we’ll honour it.

But then, this is a politician who has already made some very large waves. She has sold off the country’s presidential jet as well as a fleet of luxury limousines for cabinet ministers, ordering them to use cheaper forms of transport. On her recent trip to Britain to attend Queen Elizabeth’s Diamond Jubilee, she flew on an ordinary commercial airline. She also refused to sanction a nepotistic plan by her late predecessor, Bingu wa Mutharika, for his brother to succeed him.

She was expelled from the ruling party for this stance, but could not be stripped of the vice-presidency, which is what brought her to power on Mutharika’s sudden death in early April this year, becoming in the process Malawi’s first woman president.

One of her most important and immediate tasks is to mend international fences broken by Mutharika. In the last year of his life, his anti-democracy moves caused Britain, the US, Germany, Norway, the World Bank and the African Development Bank to cancel aid to Malawi. Banda has spent a great deal of time on the phone since being sworn in, trying to patch up foreign relations and, by all accounts, she’s been quite successful.

Of particular note is her announcement in mid-May of her intention to overturn her country’s ban on homosexuality. Observers in Lilongwe say she already has the support of a majority of MPs for this move.

Don’t think President Banda is a political tyro, however. She’s been in parliament since 1999 and became deputy president in 2009. She knows the corridors of power in Lilongwe well, and is married to a former Chief Justice of Malawi. In other words, she’s an insider. So her anti-ostentation decrees are all the more remarkable: she’s telling friends and political allies that from here on, for them, it will have to be the back of the plane and a modest family sedan.

Will she last? It’s worth noting that serious reformers seldom do when it comes to blocking political bling and excess. In most administrations, not only in Africa, there are unspoken rules about not cutting back on such things as big houses, flashy cars and unlimited freebies. Turn no further than the recent MPs’ expenses scandal in the UK to see that this was very much an all-party affair: Labour, Conservative – everyone had a hand in the honey-pot.

The same levels of fantastic and opulent excess also pertain in Washington, as anyone who ever visited even a humble member of the House of Representatives will attest. It’s worth noting in this context that new French President, Francois Hollande, has told his cabinet to travel by train wherever possible, as he himself just did for a meeting in Germany with Chancellor Merkel.

It’s important, however, that Banda’s real achievement thus far in her short presidency is not obscured. Selling off jets and cars is of high symbolic importance to Malawian voters and may even set off alarm bells in neighbouring capitals (not that South Africans have discerned any change in the ANC’s behaviour in this regard since DA leader Helen Zille put similar measures into place in the Western Cape).

Of far more significance is her statement regarding the African Union. Honour the ICC Treaty and you can come to Malawi, break the treaty and stay away. The AU’s instant decision to follow the latter course leaves it – like the emperor in his new clothes – fully exposed for who they truly are. DM

Photo: President Joyce Banda arrives for a lunch with Britain’s Queen Elizabeth and Commonwealth Nations Heads of Government and representatives of the Commonwealth nations at Marlborough House in central London on 6 June. (REUTERS)