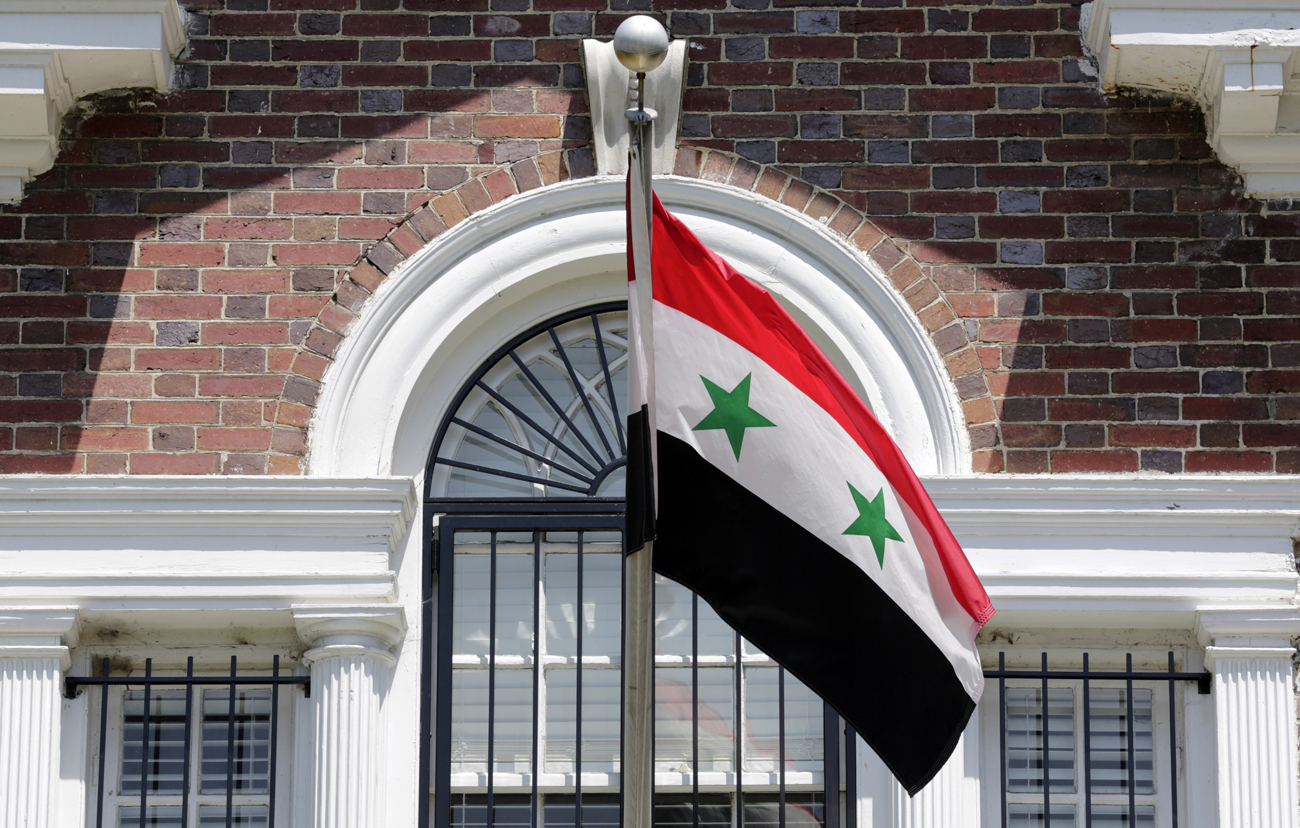 A senior Syrian diplomat serving in California, honorary consul general Hazem Chehabi, quit his post on Wednesday in protest at the slaughter of more than 100 civilians in the town of Houla over the weekend. Chehabi, who has held the position for 18 years, told NPR, “You get to a point where your silence or your inaction becomes ethically and morally unacceptable.” We wonder which parts of the conflict so far he thought ethically acceptable.
LA Times, AP

A diplomatic source high up in the African Union told Reuters on Wednesday that the AU was preparing to refer the current situation in Mali(a self-appointed government via the medium of a coup in March) to the United Nations Security Council. Not only did Mali’s once-stable government get taken over, but rebels in the northern part of the country were able to take advantage of the lack of governance to annex massive portions of territory to set up an Islamic state – an idea which has been rejected by the Economic Community of West African States. The source was unable to provide Reuters with a timeframe.
Reuters, AFP

British police on Wednesday charged former spokesman for Prime Minister David Cameron, Andy Coulson, with perjury for comments he made, under oath, over the phone-hacking scandal among News Corp-owned papers. Coulson was the editor of News of the World, the publication at the centre of the disgrace, before taking up the job with the PM.
Guardian, New York Times

Hong Kong shares continued their slide in Thursday trade, with the possibility of their worst May in 14 years – largely due to Europe’s financial shenanigans and China’s slowing economy. The Hang Seng was at 18419.22, a drop of 1.45% at 06:00 (SAST), meaning a total drop of 12.7% for the month and 0.1% for the year.
Reuters, Bloomberg

Campaign sources told CNN on Wednesday that former US secretary of state Condolezza Rice will endorse Republican presidential candidate Mitt Romney. Although the endorsement is largely ceremonial, it could help lend some clout to a candidate whose foreign policy experience cupboard is somewhat bare. This does have the potential, however, to more firmly associate Romney with the Bush years – however revised the Bush administration may be now, his approval ratings plummeted to between 20% and 35% during his final year in office.
CNN, Washington Post

In case you forgot what a maestro he is, Roger Federer, the all-time top Grand Slam men’s title holder, broke yet another record on Wednesday when he overtook Jimmy Connors with the most Grand Slam match wins. Although he suffered a tremble in the third set, he beat Adrian Ungur 6-3, 6-2, 6-7 (6/8), 6-3 for his 234th career victory in his 50th consecutive Grand Slam tournament, and will play France’s Nicolas Mahut in the third round.
Time, AFP

The Democratic Alliance’s national spokesman, Mmusi Maimane will meet with Metrorail customers at Park Station from 07:00 to discuss the effects of ticket price rises – which are probably not going to be unanimously popular.

Cosatu will chat to the media about its recent central executive committee meeting from 11:00 – both secretary general Zwelenzima Vavi and president Sdumo Dlamini left the meeting to attend the march on the Goodman Gallery on Tuesday, so there is unlikely to be anything thunderous to announce.

The Irish will vote in a referendum on Thursday over the European Union’s new Fiscal Treaty which aims to broaden budgetary cooperation between EU member countries. Usually, agreements require all countries to agree, but due to Ireland’s previous track record in not falling in line with EU demands, only 12 eurozone countries are required to ratify the deal. Should Ireland vote no, it will not be eligible for emergency funding from the European Stability Mechanism, on which it is currently heavily reliant.

The last of Mandela’s nation
As the controversy over The Spear peters out, an opportunity is here for South Africa to assess the events of the past few weeks and what they have revealed about the country. Apart from re-uniting most of the Polokwane brigade that carried Jacob Zuma to victory in 2007, the painting bared a festering wound of racial animosity and anger where once there existed national reconciliation. By RANJENI MUNUSAMY.

Idle talk of invasion: why Lesotho is safe, for now
Often dismissed as SA’s “10th province”, Lesotho’s independence is a historical oddity that is valuable today – and not only to the Basotho. The truth is, there’s more chance of Limpopo being granted independence than Lesotho being invaded. South Africa gets what it wants from the tiny mountain kingdom anyway, and doesn’t even have to pretend to govern. By SIMON ALLISON.

Q&A: Zackie Achmat
The controversy that ensued from trade and industry minister Rob Davies’ announcement to have goods originating from the occupied Palestinian territories labelled as such and not “Made in Israel” refuses to die down. Some members of the South African Jewish community were affronted. The Israeli government was appalled. Yet this move has been months in the making, thanks largely to the efforts of one man, Zackie Achmat. By KHADIJA PATEL.

Witch-hunts: The darkness that won’t go away
It is a poison that annihilates relationships, breaks down family bonds and destroys communities. Despite the social damage, witch-hunts are still commonplace in Nigeria, Ghana, Tanzania and here in South Africa. MANDY DE WAAL speaks to Nigerian humanist and witchcraft researcher, Leo Igwe, and explores Africa’s witchscape.

Spear March: ANC claims victory, but gallery stands its ground
The ANC declared: “mission accomplished” after its march to the Goodman Gallery. The march was uneventful, but confusion reigned afterwards when the gallery disagreed with the ANC’s version of events. By SIPHO HLONGWANE.

Aubrey Masango: The Spear – Freedom is not for sissies
The issue is not culture or race, for African art celebrates nudity and the intellectual elite that criticizes the president is non-racial. The issue is politics, power. Jacob Zuma’s government is losing it and has found a handy aid to sway the masses. They forget that we have a Constitution. By AUBREY MASANGO.

Jacques Rousseau: Health Warning – You may not smoke, but you can eat yourself to death
The proposed amendments to South Africa’s Tobacco Products Control Act make smoking inconvenient enough that it might as well be illegal. Even though this invasion of personal liberty is considered acceptable by many, we should be wary of the slippery slope towards a nanny state. By JACQUES ROUSSEAU.

Photo: A flag flies at the Syrian Embassy in Washington May 29, 2012. The U.S. State Department is expelling Syria’s charge d’affaires in Washington following a wave of deadly attacks on civilians in Syria over the weekend, an official said. REUTERS/Kevin Lamarqu.