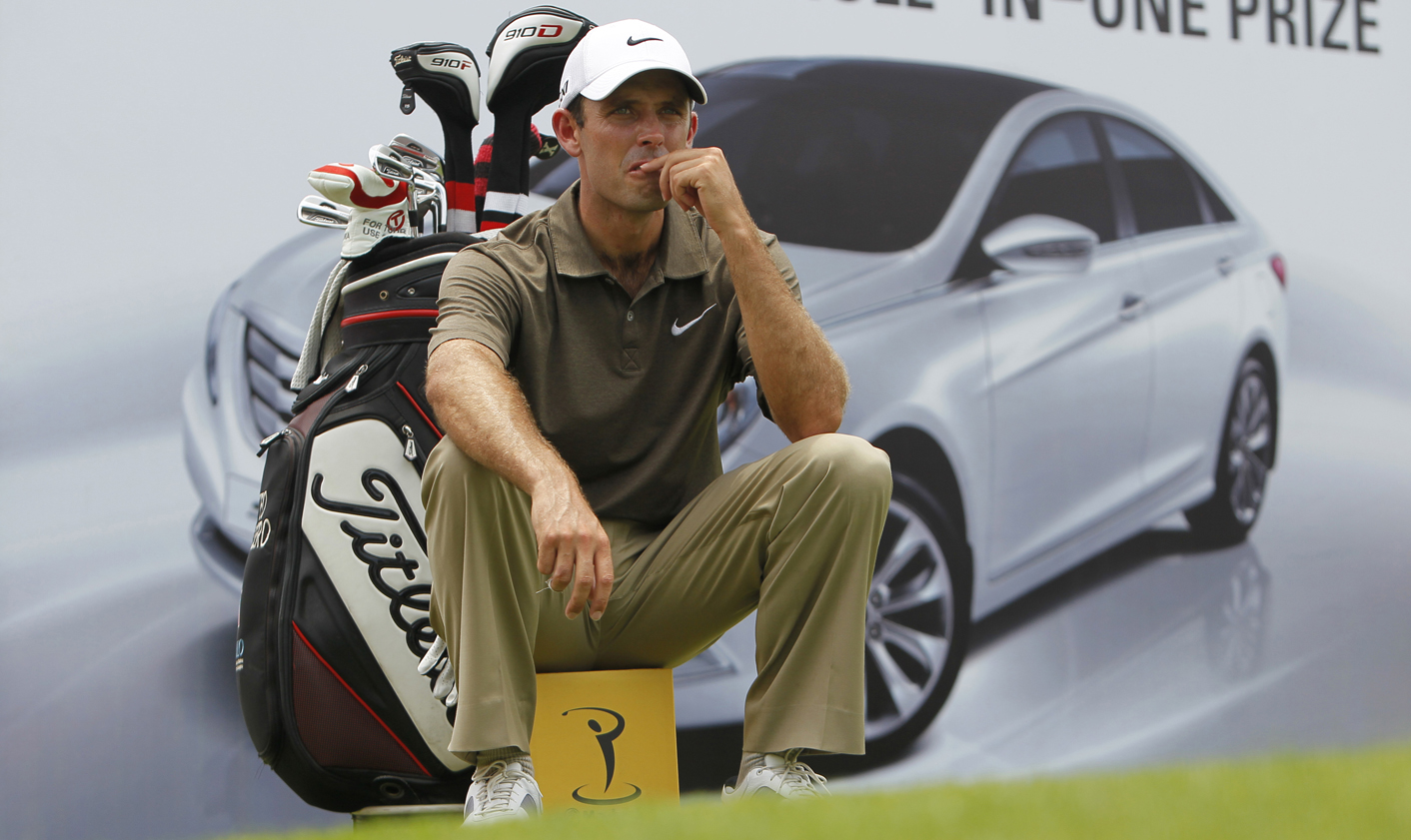 Fast-improving South African George Coetzee said a new swing tip from 2011 U.S. Masters champion Charl Schwartzel helped him to rocket to the top of the leaderboard early in the PGA Championship first round. By Tony Jimenez

The 25-year-old Coetzee has had 12 top-10 finishes in a season-and-a-half on the European Tour and it came as no surprise when he squeezed six birdies into an opening four-under 68 on a glorious summer’s day at Wentworth on Thursday.

“Charl helped me with my swing recently,” he told Reuters in an interview. “I played with him and he just gave me a couple of pointers that have ended up working well for me.

“I won’t go into detail because it’s a complicated thing relating to my club pickup but he told me how to figure out not to do it,” Coetzee said of his fellow South African after joining compatriot Ernie Els and Britons Robert Rock and Marc Warren on 68.

“Whoever does well out here, you try and steal their trade secrets.”

Coetzee, who had a contrary streak as a youth and defied his father’s wish that he should become a tennis professional, was clearly a rebel with a cause in the first round of the European Tour’s flagship event.

He made a fast start with three birdies in the opening four holes and finished with a double-birdie flourish at the par-five 17th and 18th.

The portly Coetzee showed a velvet touch from the back of the green at the closing hole. With little landing room to pitch his chip, he delicately lobbed the ball up to four feet before sinking his putt.

Coetzee said it was a matter of time before he broke through with his maiden European Tour victory.

“I don’t think my game needs much work and as soon as I click on a certain week it’s bound to happen,” he explained.

“I can’t wait to start winning because if I can do that I’ll be very happy. As long as I give it my best I cannot complain.”

Coetzee said a six-week stretch in the middle of the 2011 season made him realise he was good enough to mix it with the best players on the circuit.

The South African was runner-up at the Johnnie Walker Championship in Scotland and third in the Scottish Open and at the BMW International Open in Munich.

“That run of results changed my career and my whole outlook on golf and what I want to achieve,” said Coetzee who idolised Els as a youngster.

“Playing against the best and doing well in those events made me realise I belong here.”

Thursday was a hot, sunny and wind-less day at Wentworth but for Coetzee the conditions were nothing special.

“Today was like a winter’s day back home in Pretoria but having said that we’d be happy if the weather was like this on tour every day,” he said with a smile. DM

Photo: Charl Schwartzel of South Africa waits for his turn on the 15th green during the Maybank Malaysia Open 2012, Pro – Am section in Kuala Lumpur April 11, 2012. REUTERS/Samsul Said