Egyptians in South Africa: Regardless of the problems, there is pride 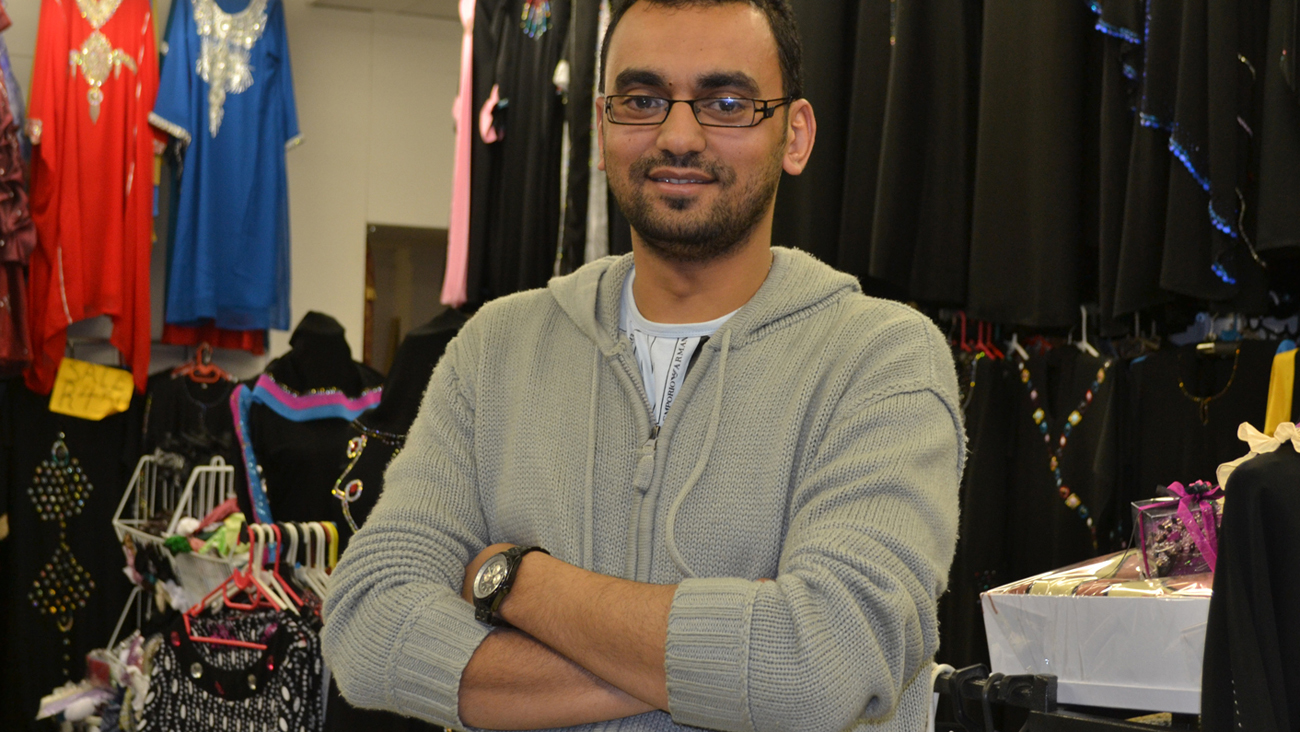 In typical Egyptian style, turnout at polling stations in Egypt’s landmark presidential elections increased just as polling stations were scheduled to close. Voting in some stations seemed destined to go on well into the night, silencing the naysayers for one night at least. Even from a distance, Egyptian expats in Johannesburg were confident Egypt is on its way to better days.

After Egyptian expats in South Africa cast their votes last week, the Muslim Brotherhood candidate, Mohammed Morsi, won 72% of the vote, winning a total of 309 of the votes cast, ahead of Mubarak’s former foreign minister, Amr Moussa, who garnered 50 votes. The remaining 34 votes went to the independent Islamist candidate, Abdel Munim Aboul Fotouh. It’s clear then that the Brotherhood, the Ikhwan, hold some sway over Egyptians living and working in South Africa.

Sayed Ahmed, sitting behind the counter of a women’s Islamic apparel store, belies the image of the Islamist. He looks more like a man-about-town than an Islamist sympathiser. During Morsi’s campaign, images of his supporters proliferating mainstream media were of bearded men or veiled women looking past the camera with an ominous glint in their eye. So, Ahmed certainly doesn’t look the part of a Brotherhood supporter. He seems too young, too Western even. Would he not be better suited to the intellectual posturing of the leftist candidates instead?

But then he left Egypt seven years ago in search of a better life in South Africa. He didn’t have access to the privileges of a better education, like so many others. He was destined to a life spent doing menial work – hard work for pennies that never quite cover the cost of living.

Ahmed is determined in his support for the Ikhwan, unperturbed by concerns of what the rise of an Islamist party may portend for Egypt.

“We don’t know for sure what will happen but I’m hoping Morsi and the Ikhwan will do well. Morsi is the right man for now. We have to try the Islamic people now. We had Mubarak and Sadat, they called themselves liberals and now it’s time for us to have a change.”

What, though, would he like to see the future Egyptian president achieve?

“He will need to build up the economy, fix education…”

At this point he’s interrupted by a friend, Tareq Bassiouny, who interjects to explain the failings of the Egyptian education system. “They teach us from books that only they can prescribe, books that teach us nothing, keep us in the same place,” he says firmly.

Ahmed nods his agreement and continues with his to-do list for the next Egyptian president: “He needs to create jobs…”

After swapping anecdotes of the breakdown of public security in Egypt, Ahmed says poignantly, “We need someone who will at least have some feeling for those that are suffering.”

Bassiouny has also thrown his lot with Morsi and the Brotherhood. He believes that, unlike the independent candidates Fotouh and Sabahi, Morsi benefits from having an established political party behind him.

“These others, you don’t know what they really stand for, they could just change and then what can anyone do?” he asks. Photo: Mohamed Shawki has been in South Africa for four years. He doesn’t have much hope in the Muslim Brotherhood. DAILY MAVERICK/Khadija Patel.

Beside him, his friend Shawki chuckles in derision. “Let me tell you, Ikhwan will do nothing for the people,” he said. Unlike his friends, he’s voted for Fotouh. Immediately the others mock him, telling me that he had originally wanted to vote for Mousa – a feloul, remnant of the last regime. As his friends enjoy his obvious embarrassment, I ask why exactly he distrusts the Brotherhood to deliver on their electioneering promises.

He points to the Port Said massacre that left almost 100 football fans dead. “Ikhwan did nothing then,” he says, goading his friends to rebut him. Ahmed jumps at the invitation to defend the Ikhwan, pointing out that, though the Brotherhood had won some power through their gains in the parliamentary election, they remained docile as long as the military remained in power.

But would the military ever give up their stranglehold over Egypt?

“Nothing will stop the Egyptian people now. If they don’t let go of power, we will push them out. People are not going to stand and let them do whatever they want. No one again will do that to Egypt,” Ahmed responds, resolute. The others are silent.

Outside the store the sun is setting and rush-hour traffic has slowed lazily on Dolly Rathebe Avenue in Fordsburg. And yet Egypt, with its attendant delights and dilemmas, feels a lot closer.

I ask finally what they make of Ahmed Shafiq – a former ally of Mubarak who served briefly as Prime Minister and who, along with Moussa, is likely to cause an upset. “If Shafiq or Moussa wins then definitely the army has helped them. And we will be stuck again for 30 years with a new Mubarak until we have another revolution,” Ahmed pipes up.

There is no mistaking the immense pride Egyptians here feel in their first steps towards democracy.

Ahmed Fowzi has been in South Africa for two years. His brother, Sameer, has been here for more than 12. Together they manage a small fruit and vegetable store in Mayfair. As I enter their store, the younger of the brothers is cursing a worker in rather colourful Arabic, but he beams with pride when asked how he feels today as an Egyptian watching from afar as his country chooses a new leader. Photo: Ahmed Fowzi did not vote at the Egyptian embassy last week but if he had, his vote would have gone to the Muslim Brotherhood as well. DAILY MAVERICK/Khadija Patel.

“I feel extremely happy. For the first time we are voting and our vote will count. What we say matters. This time there will be no vote rigging,” he says confidently.

This election is a culmination of the revolution and an acid test for the capacity for democracy in an Arab state. Remember, Mubarak opined Egypt was not yet ready for a true democracy. And yet in Egypt, as in South Africa, it has not been an easy road for Egyptians up to this point.

The South African experience proves that after the euphoria of a first election, the challenges grow steeper. Egypt will need leaders, leaders patient enough to withstand a very vocal public and, at the same time, robust enough to make real progress on the myriad promises made.

It’s still anyone’s guess who will come out on top. DM

Main photo: Tareq Bassiouni has lived in South Africa for much of his life but he still regards himself Egyptian – and he’s firmly behind the Muslim Brotherhood. DAILY MAVERICK/Khadija Patel.