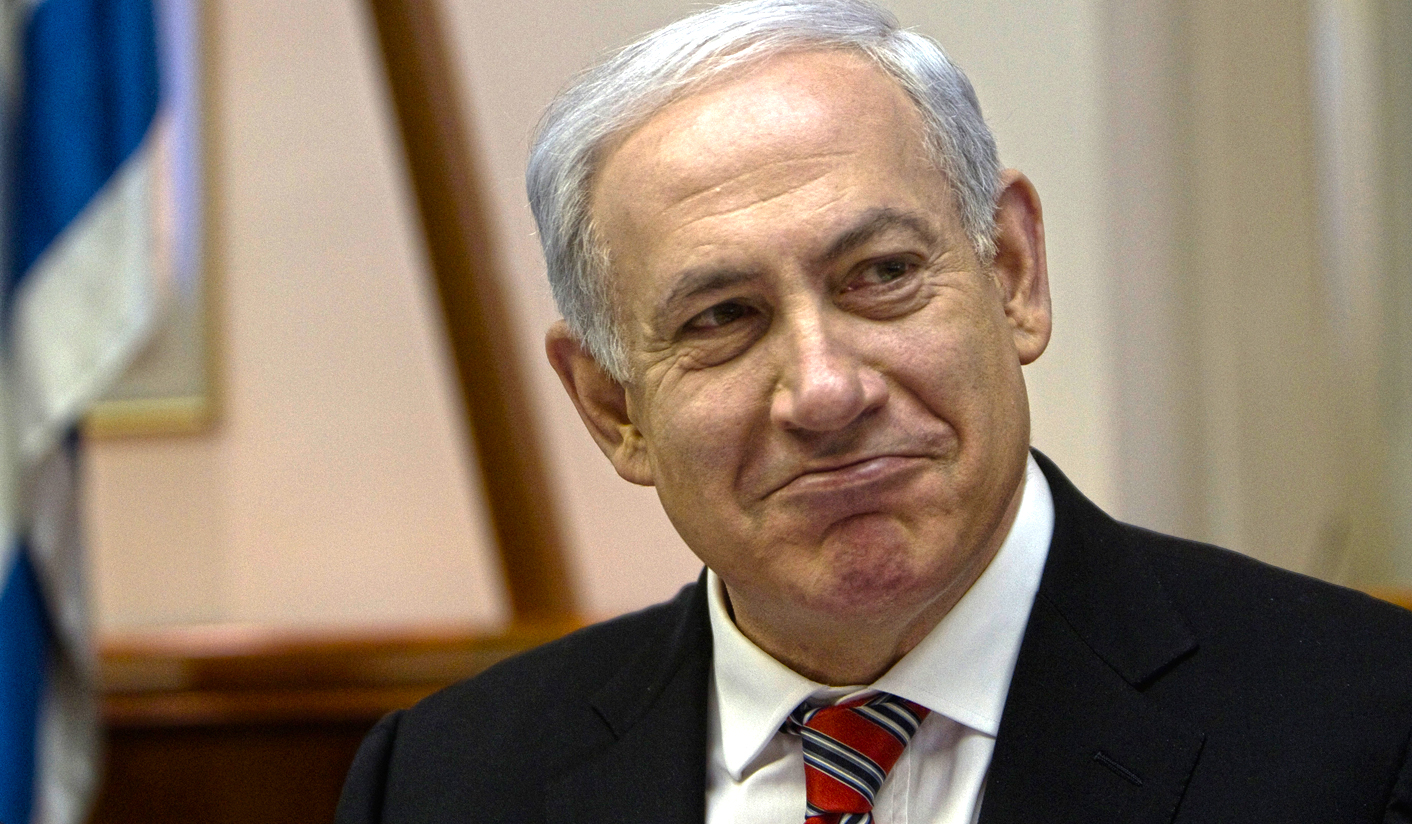 There’s no doubt that the majority of the Netanyahu administration’s policies with respect to the Palestinians in their midst are unconscionable. But to effectively attack the Israeli government, the mainstream media in this country – and the left-leaning media in the West – need to be consistent. Unfortunately, the media’s double standards sometimes smack of the very racism of which they accuse others.

When does anti-Zionism count as anti-Semitism? The question has been eating at me these last two weeks, mostly because of the responses to an article I published in the Mail & Guardian entitled “Who will shake SA Jewry’s faith in Israel?” My line in the piece, which appeared on 7 May, was twofold.

First, I argued that from 1948 until 1994, the semi-official bodies representing the Jewish community in South Africa had been consistently mute on the apartheid question, and that this moral failure went a long way towards explaining their unwavering muteness with respect to the policies of the Netanyahu administration in the occupied territories.

Second, I argued that when Israeli fighter jets fly over Auschwitz on Holocaust Memorial Day, there’s nobody in the local community shouting loud enough that what’s being celebrated is in fact the opposite of victimhood – that Jews are no longer persecuted, that we can no longer look for justification of Israel’s actions to a devastating, pre-1945 past.

As I knew it would, the article drew heavy criticism from the Jewish mainstream in South Africa. An entire editorial was dedicated to my heresies in the SA Jewish Report, and the M&G ran a weak rebuttal from the associate director of the Jewish Board of Deputies, who called my claims “distasteful” and “a clever sleight of hand”.

There was also a response from the editor of a newspaper in Israel, who, after insisting from afar that South African Jews are not “monolithically Pavlovian defenders of Israel”, went on to make the following statement: “And if it seems to Bloom that many South Africans defend Israel’s positions ‘right or wrong,’ it may have something to do with the conversely monolithic approbation Israel receives in the South African press, civil society and government, no matter what Israel does – ‘right or wrong’.”

At the risk of getting caught in the same web of non sequiturs in which the Israeli editor (his name is Amir Mizroch) seems to have landed himself, he was way off beam, although for valid reasons. Where he was mistaken was in his suggestion that I said “all” South African Jews defend Israel “right or wrong” (I didn’t, I said most of them do, as indicated by his use of the word “many”). Where he was on more solid ground was in his assertion that the South African media are developing an indiscriminate Israel-bashing habit.

For instance, this week the Mail & Guardian republished an article that appeared in the UK Guardian of 20 May, which in the tenor of its title alone veered uncomfortably close to the anti-Semitic. “Israel PM: illegal African immigrants threaten identity of Jewish state,” screamed the Guardian header, as if Britain and the rest of the enlightened world welcome illegal immigrants with open arms.

To the Mail & Guardian’s credit, they ran the article under a different header – “Netanyahu: African refugees threaten Israel’s identity, security” – hopefully because a smart editor recognised that the conflation of “illegal immigrants” and “Jewish” in the same context was a bit much. But whatever the M&G’s reasons for toning down the headline, the body of the piece was identical, and was so full of obvious prejudices as to be open to litigation.

“The Israeli prime minister has stoked a volatile debate about refugees and migrant workers from Africa,” the piece began, “warning that ‘illegal infiltrators flooding the country’ were threatening the security and identity of the Jewish state.

“‘If we don’t stop their entry, the problem that currently stands at 60,000 could grow to 600,000, and that threatens our existence as a Jewish and democratic state,” Binyamin Netanyahu said at Sunday’s cabinet meeting. ‘This phenomenon is very grave and threatens the social fabric of society, our national security and our national identity.’ Israel’s population is 7.8 million.”

Why the emphasis, as per the quotes, on “illegal infiltrators”? Is it because an “infiltrator” is somehow more odious than an “alien”? And what about the placement of the factoid on Israel’s population? Did it just make sense to put it at that point in the article, or was the journalist, Harriet Sherwood, maybe thinking to herself that 60,000 out of almost 8 million isn’t all that much?

Further, has the Guardian forgotten what its own readers make of the “immigration problem”? Has the Mail & Guardian?

As for the latter, the less said about the attitude of South Africans to illegal immigration, the better. Instead, a quick run-through the policies of the nations that are seen as the world’s most progressive might help.

In Australia, illegal immigrants are commonly referred to as “boat people” and they make weekly headlines. If these news stories are anything to go by, Australians believe they are being “overrun” by illegals, with almost half the population viewing the problem on a par with education, health services and the economy. To appease its nervous voter base, the Australian government spends $1.06 billion a year keeping “boat people” in mandatory detention while processing asylum applications.

Thing is, less than 3% of asylum seekers actually arrive in Australia by boat, and a large proportion of illegals are from the UK and the US. One might also want to remember, with respect to Ms Sherwood’s article on Israel, that Australia too has around 60,000 illegals – out of a population of 22 million.

Then there’s Canada, where estimates range from 35,000 to 120,000 illegals, out of a population of 35 million (still a lot less percentage-wise than Israel). Illegal immigrants that are caught by the authorities of this fine country are given a mandatory one-year prison sentence. In the United States, estimates range from seven million to 20 million out of 313 million, admittedly one of the highest in the world, which might account for the fact that an average of 31,000 non-Americans are held in detention centres on any given day.

And Europe? We can dispense with most of the continent (including the famously liberal Scandinavians) by noting that a new EU immigration law allowing for the detention of illegal immigrants for up to 18 months before deportation has triggered outrage across Latin America.

But Israel, of course, is the villain. Noted Sherwood near the bottom of her piece: “Israel is also constructing the world’s largest detention centre for asylum seekers and illegal migrants, capable of holding 11,000 people. The £58m building, close to the border, will receive its first detainees by the end of the year.”

What she didn’t note – although there was a link to the statement – was the response of Israeli government spokesman Mark Regev when asked about the detention complex: “We are a small country of 8 million. Last year we had more illegal immigrants than legal ones. We are currently the only first-world economy and the only democracy in the region. But for people coming from countries like Somalia and Sudan, we cannot be the solution.”

While the remark about Israel being a democracy is questionable, the argument has to stand – if the tolerant West can have tough immigration policies, why can’t Israel? In this sense, Sherwood and the Guardian (and by extension the Mail & Guardian) revealed their hand in the closing line of the piece, which was easily its most offensive: “Amid the anti-immigration clamour, some Israelis have argued that, in the light of Jewish history, their state should be sympathetic and welcoming to those fleeing persecution.”

To refer again to the argument in my piece for the Mail & Guardian a few weeks ago – the Holocaust doesn’t count as a valid excuse for the Netanyahu administration’s unconscionable treatment of Palestinians, so it certainly can’t count as a reason that Israel should throw open its doors to illegal immigrants.

Which is not to say, as per Mizroch, that I have now become one of those Jews from the Left who has seen the light and folded. I haven’t. Netanyahu, in terms of his treatment of millions of people who have a right to live as equal citizens within his country’s boundaries, very often comes across as a bigot. It’s just that sometimes the well-intentioned left-leaning media has racist tendencies too. DM