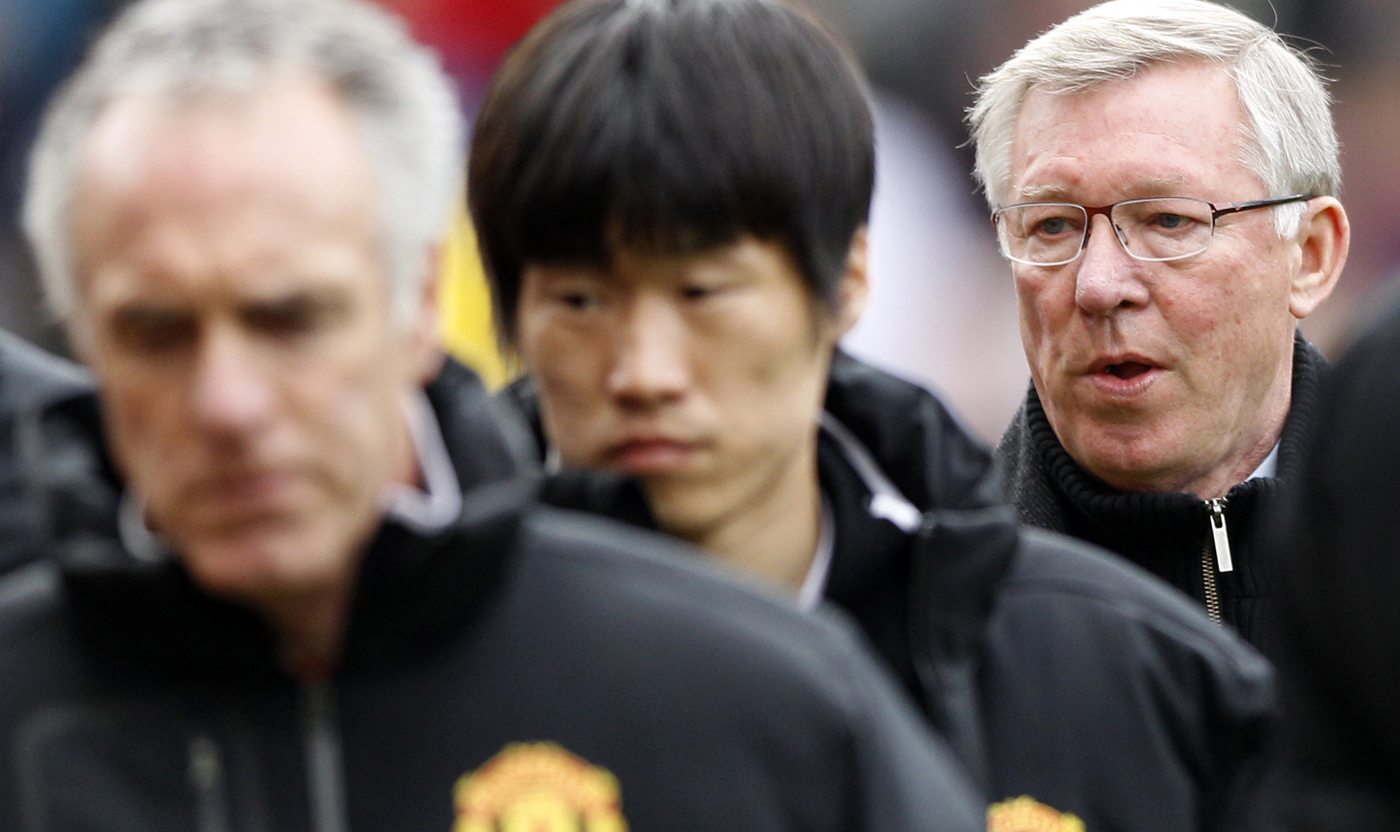 English soccer club Manchester United, rated by Forbes as the world's most highly-valued sports team, showed the first effects of a rare barren season when reporting a dip in quarterly revenue and underlying profit. By Keith Weir

United, deposed as Premier League champions last weekend by local rivals Manchester City, paid the price for a failure to make it beyond the group stages of the Champions League, having reached the final of Europe’s premier tournament in 2010-11.

The club had its woes compounded by an exit from the Europa League, Europe’s secondary competition, at the round of 16 stage. That relatively poor performance saw United’s revenue fall 6 percent to 70.8 million pounds ($113 million) in the first quarter of 2012. Underlying profit (EBITDA) declined to 20.4 million pounds from 22.3 million in the 2011 period.
Commercial income rose and overtook revenues from matchday and media, thanks to new sponsorship agreements including one with logistics company DHL. United, owned by the American Glazer family and who have won the English title a record 19 times, have an estimated 330 million fans globally – its website says it is the world’s most popular team.
The club put plans to float in Singapore on hold last year because of market volatility, and there has been speculation that the plan could be revived.

The success of Manchester City, bankrolled by Abu Dhabi Sheikh Mansour Bin Zayed Al Nahyan, has put the spotlight back on how the Glazers are running United. The owners of the NFL’s Tampa Bay Buccaneers bought the club in 2005 in a leveraged deal that has saddled United with hefty annual interest payments. Gross debt stood at 423 million pounds according to the latest figures.

Chief executive David Gill said this week that manager Alex Ferguson would have money to spend to strengthen his squad after they failed to win a trophy for the first time since 2005. “We can compete. Why can we compete? Well, because our revenues are in the top three in world football and they are growing significantly in terms of our commercial area and the media area,” Gill told reporters.

“We still pay very good contracts but we also have other assets at Manchester United that we believe can be used to get the best players in, whether it is Alex Ferguson and his record, or (the chance to play alongside) players like Ryan Giggs or our history and heritage.”

As part of their renewal, United have released former England striker Michael Owen after three injury-plagued years at the club.