Rage: It's all the rage right now 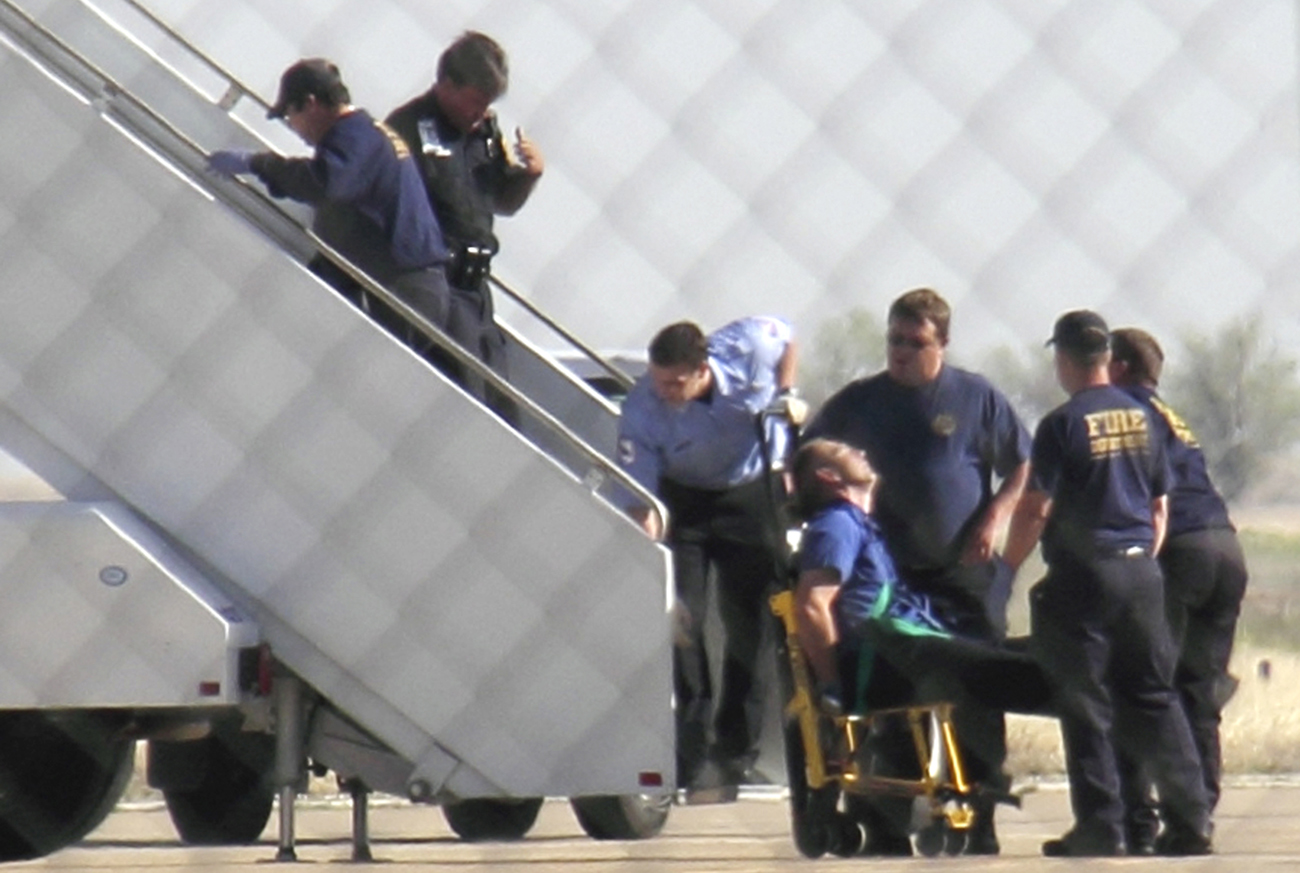 Public anger and inappropriate meltdowns, which have always been high on the list of editors’ news-making hierarchies, have just provided the media with a bonanza week. From a captain flipping out on a commercial airliner in the US to Israel’s “Day of Rage”, people everywhere seem a lot more pissed off. What gives? By KEVIN BLOOM.

You remember that scene in Joel Schumacher’s 1993 crime drama Falling Down, the one where the anti-hero Bill Foster, played by Michael Douglas, loses his shit in the Whammy Burger? If not, you should. It’s about halfway through the film, after Foster, a tame-looking office worker who just wants to get home for his daughter’s birthday, has abandoned his car in Los Angeles gridlock, wrecked a convenience store where the price of a can of Coke seemed outrageous, and driven off a group of gang-bangers who’ve accosted him in the ‘hood. Now, his immediate need is breakfast.

“Why am I calling you by your first names?” he asks the staff on duty at the Whammy Burger. “I don’t even know you. I still call my boss ‘Mister’, and I’ve been working for him for seven years, but all of a sudden I walk in here and I’m calling you Rick and Sheila like we’re in some kind of AA meeting… I don’t want to be your buddy, Rick. I just want some breakfast.”

“You can call me Miss Folsom if you want,” says Sheila. Soon after which, Foster is informed that breakfast stopped being served five minutes ago. He pulls out the submachine gun he managed to take off the gang-bangers, threatens everyone, and decides to have lunch instead. After screaming at the staff for serving him a hamburger that looks nothing like the advertising posters, he leaves.

Still, the real-life scene on Tuesday 27 March, on a JetBlue commercial flight from New York to Las Vegas, might’ve been a bit overdone in Schumacher’s prophetic film. According to The New York Times, the flight’s captain was ejected from the cockpit when he started babbling incoherently about terrorists; he then ran into the cabin shouting “Iraq, al Qaida, terrorism, we’re all going down,” and was tackled by burly passengers who were on their way to a security conference. The flight made an emergency landing in Amarillo, Texas, and the captain was rolled away on a stretcher (handcuffed, of course).

Rage. It’s all the news right now. Two days later, the item is still drawing 4,000 entries on Google. Columnists are parsing the mid-air meltdown’s underlying causes, and psychologists are bagging more editorial space than 10 (very, very calm) Thomas Friedman clones. Lee Siegel at the Daily Beast has even gone as far as to write: “It’s the rage, stupid, not the economy that will decide this [US] presidential election. Cultural road rage is everywhere. Everyone is going off on someone else, and the candidate who most effectively addresses all that anger – controlling it, expressing it, or embodying it – will win the game.”

Siegel has a point. America’s white politicians look more red-in-the-face every time you make the mistake of flipping on CNN. It’s getting to the stage where you have to toggle your colour controls just to separate Newt Gingrich and Rush Limbaugh from the network’s corporate logo. Obama may be a bit luckier in the complexion department, but you can tell he’s itching to throw that microphone at someone’s head. So what’s it all about?

Siegel again: “Half of us are medicated, and the other half are not. There is nothing more enraging than someone who responds to your anger and frustration with a bright smile. Of course there is also the growing divide in wealth, but most maddening of all, there is the fact that we read and hear, day after day, about growing inequity and injustice all around us, in the most precise and thorough analyses, yet nothing changes.”

In the first part of the quote, whether or not he was conscious of it, Siegel was implicitly referencing the phenomenon of the Professional Smile as deconstructed and explained by the peerless writer David Foster Wallace, who in turn was implicitly referencing the “Satan’s spawn” accusation of the peerless comedian Bill Hicks (as in, “Anyone here work in advertising or marketing?”). But Wallace and Hicks made their observations in the 1990s, as did Joel Schumacher, and plain observation will tell you that in 2012 the anger seems palpably different, somehow more widespread and yet more concentrated, mostly more intense. Obviously, the explanation for that comes from the second part of Siegel’s quote – while we may know exactly how “they” are stiffing us, we know that nothing’s being done.

Hell, even Israel held a “Day of Rage” on Thursday. Israel! The country that, per capita, probably dispossesses more people of their rights and liberties than any other on earth is, it appears, quite angry. And what are the organisers angry at? The answer is not a “what” but a “who”: Bank of Israel governor Stanley Fischer, the man that’s been “acting like a lobbyist” for the banks and allowing a business clique “to exploit the public for years.”

Down here in South Africa, with our gini coefficient and our service protests and our road rage, we’re feeling y’all. DM

Photo: The JetBlue pilot is removed from the scene restrained and in handcuffs. (cbsnews.com)