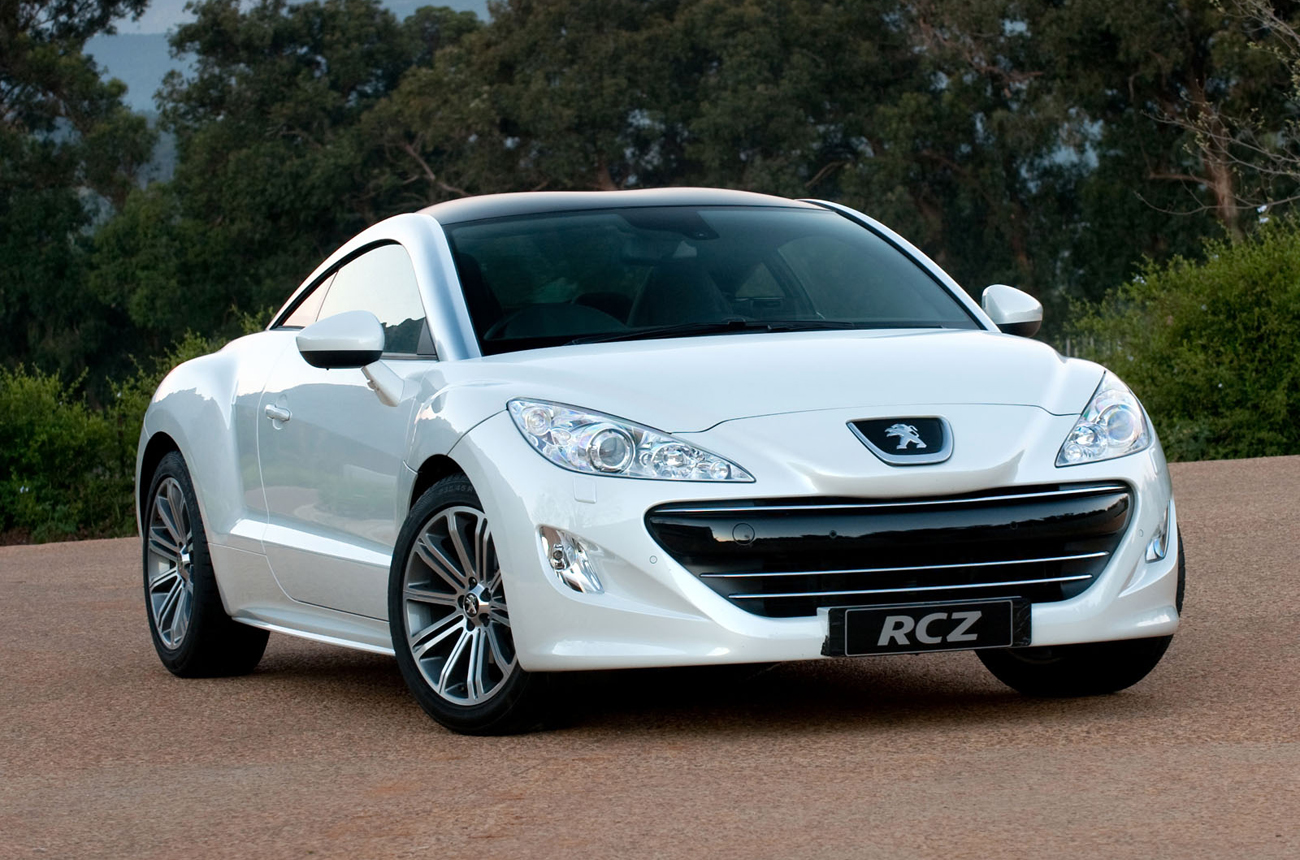 Peugeot’s sexy RCZ coupé is a truly aspirational machine with enough visual appeal and dynamic talent to hold its own against some serious competition in the sports coupé segment. The marque also has a reputation for superior turbodiesel engine technology. But combining the two isn’t necessarily a winning formula. By DEON SCHOEMAN.

Peugeot has long been a leading force in international endurance racing (although it just ended its Le Mans-based racing programme) and in European rallying. But the French brand isn’t usually associated with sports cars – or it wasn’t, until the RCZ Coupé came along. The low-slung two-door is both beautiful and desirable and has already changed perceptions about the brand.

The RCZ looks more exclusive and more expensive than it really is, which means that value is also a powerful attraction. It shares many of its mechanicals with the highly successful 308 hatchback, which translates into a decent ride on well-sorted but uncomplicated suspension.

At the same time, it’s a lot wider and lower than the 308, which assists both the traction and the centre of gravity, suggesting that there’s more to this coupé than those handsome curves and contours.

Talking of which, the RCZ is often compared to the Audi TT, but the Peugeot deserves better than that. Its pronounced, muscular haunches and low-slung stance endow it with an aggressive personality, while the double-bubble roof is not only unique, but a visual reference to the 908 Endurance Racer.

Most of all, though, this is a very attractive car – and it remains a relatively rare sight on South African roads, despite being launched way back in 2010.

That means it turns more heads than a Ferrari in city traffic. There’s a poised balance to the way the wheels fill the wheel arches, and the metallic C-pillar anchors the curved roofline.

So, what makes this RCZ different? Well, this one is powered by Peugeot’s gutsy two-litre turbodiesel engine, instead of the 1,600cc turbopetrol engine we’ve come to know and like so much in this application.

And frankly, therein lies the rub. Don’t get me wrong: Peugeot builds some of the world’s best diesel engines, and the two-litre HDI is no exception. It combines a healthy 120kW with a crunching 320Nm of torque, ensuring the RCZ will never run out of breath.

However, the HDI powertrain is not a natural match for the RCZ. Yes, there’s a lot of low-down shove, but because the engine starts losing its enthusiasm as it approaches 4,000rpm, you’re almost compelled to short-shift to a higher gear.

You’ll also find yourself pulling off in second because the engine’s urge is just too brutal in first, or staying in third or even fourth gear through tight corners, instead of gearing down, as there’s loads of bottom end to pull you out.

In other words, you end up driving the RCZ HDI with a certain reserve and circumspection that’s completely at odds with the car’s sporting character.

Not that the RCZ HDI is slow. It nips from zero to 100km/h in 8.2sec, and is credited with a 220km/h top speed. The six-speed gearbox offers a meaty, positive shift, and even the steering has just the right heft for crisp turn-in.

But somehow, it doesn’t stir the soul like the petrol-driven RCZ does. The pragmatism of the turbodiesel is too overwhelming, and not even the terrific fuel consumption of just 5.3-litres/100km in the combined cycle can make up for the diesel-induced bluntness.

The rest of the package is pure RCZ: a 2+2 cockpit decked out in genuine leather, with high-backed bucket seats offering plenty of support, and clean, unambiguous ergonomics. The rear seats are good for toddlers only, but offer useful extra stowage. And the big tailgate opens wide to allow easy access to the spacious cargo compartment.

Photo: The cockpit is pure RCZ.

The RCZ is easily Peugeot’s most desirable current-generation car, and in most respects, the HDI version is no different. But sports cars deserve the more flamboyant character of a petrol engine, and while the turbodiesel is clean and frugal, it can’t match the petrol’s zest and sparkle. DM

Photo: Peugeot’s RCZ coupé may be the brand’s most desirable current-generation car but it deserves a petrol engine.