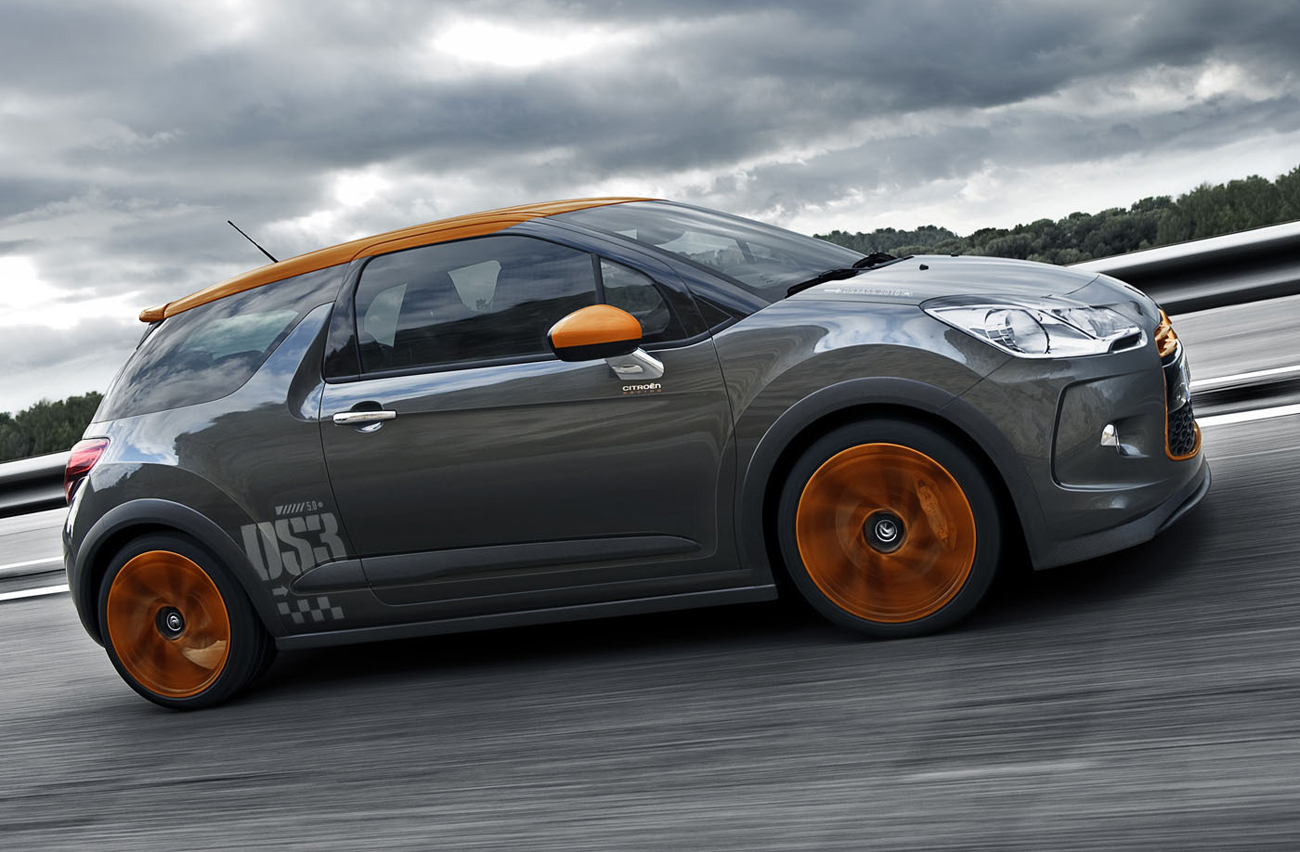 French brand Citroën is known for its advanced technology and its quirky designs. But it’s also built up a compelling reputation for producing performance cars, as its multiple titles in the World Rally Championship prove. The DS3 is the Citroën WRC’s team’s weapon of choice, albeit in highly modified form – and the DS3 Racing celebrates that connection with a special edition limited to only 1,000 units worldwide. DEON SCHOEMAN drives one.

Citroën Racing is the team responsible for the brand’s official motorsport programme, and specifically its Word Rally Championship efforts. The outfit has a proud track record of no less than seven WRC manufacturer’s titles to its credit, while Sebastien Loeb has won the WRC driver’s title an equal number of times.

As the name implies, the DS3 Racing is a special, high-performance version of the Citroën DS3. It’s been fine-tuned and fettled at the Citroën Racing facility to optimise every aspect of the hatchback’s dynamic potential.

The changes include a considerable power increase, a reworked chassis with wider front and rear tracks together with revised spring and damper settings, and beefier brakes, while the ESP stability control has also been recalibrated.

However, by far the most obvious difference between this car and a normal DS3 is the eye-catching colour scheme, and the bolder body kit. The combination of obsidian black and vibrant orange, together with carbon fibre-look accents, ensures that this is one car nobody could possibly ignore.

Photo: The DS3 is a car no-one can ignore. Especially with the vibrant orange finishing.

The head-turning effect is further underscored by bold graphics plastered onto the roof and sides of the car. Frankly, the result is an acquired taste, but it certainly distinguishes the DS3 Racing from its more conventional siblings.

The black-and-orange colour scheme is even extended to the 18-inch alloy wheels, which look bigger than usual on this car, perhaps because they fill the wheel arches to the brim. The ultra-low profile tyres look as if they’ve been painted onto the rims, and ensure a suitably generous footprint.

Polished chrome presents a metallic counterpoint to the black and orange colour scheme, and is used a visual accent on the door handles, front fog light surrounds, the rear number plate moulding and the twin exhaust tailpipes.

Don’t expect any respite from that bright orange hue inside the DS3’s cabin. The entire upper expanse of the dashboard is finished in the same, almost luminous shade, together with the gear knob, and the shift lever surround. This is a cabin in which sunglasses are a must-have, and not because of any exterior glare!

Photo: The cockpit of the car is just as striking.

The same carbon-look finish employed on the exterior has also found its way into the cockpit, and provides a welcome dose of understated sportiness. It not only adorns the instrument panel, but also the centre console, the steering wheel and the door mouldings.

But the most meaningful occupants of the DS3 Racing’s cabin are the high-backed, deeply sculpted sports seats. They look almost too big for the available interior space, but they provide just the right amount of support, and are hugely comfortable. The seats combine Alcantara inserts with leather bolsters and contrasting stitching, and look the real racing part.

Drilled alloy pedals, a steering wheel with a squared-off rim and carbon-look detailing, and a trio of round, chrome-framed, instrument dials complete the interior execution. But comfort and safety also remain priorities: the DS3 Racing is fitted with six airbags, ABS brakes with EBD and EBA, and that recalibrated stability control system mentioned earlier.

Of course, you also get automatic climate control, a six-speaker CD sound system with a USB input socket, auto wipers, auto windscreen wipers, and remote central locking. Thus, life behind this racing-inspired hot hatch isn’t nearly as Spartan as it would be in a real track machine!

The DS3 Racing is more than a dressed up road car – as the 1.6-litre mill under the bonnet proves. The Citroën Racing engineers have managed to eke out 152kW from the 1,600cc, four-cylinder, turbocharged power unit – an increase of more than 30% over the standard version. Accompanying torque comes to 275Nm, which is 14% better than before.

Regardless, that’s a heck of a lot of power from a relatively small capacity. Some of the party tricks employed to achieve those figures include a remapped ECU, uprated turbo pressure and a specially developed exhaust header and exhaust pipe.

The engine delivers its drive to the front wheels via a six-speed manual gearbox. The wider track and wider rubber helps to get the power down, but even so, torque steer is an ever-present threat.

There’s a fair amount of lag in the lower gears, and especially when pulling away, because it takes a while for the turbo to spool up. This trend is even more prevalent at Reef altitude, and tends to blunt the Citroen’s reactions off the mark.

Apparently, the octane level of our fuel is part of the problem. Even 95 octane isn’t good enough for this little thoroughbred, which needs to be fed a diet of 98 octane petrol or higher to be truly satisfied. That lag is the DS3 Racing’s way of sulking…

Even so, this is a remarkable little car. It catapults from rest to 100km/h in 6.5 seconds, and achieves a top speed of 235km/h. It’s wise to gear down at least one ratio when pulling away or overtaking slower traffic to overcome that lag and maximise the urge on offer. But once in the powerband, the shove in the small of your back is very insistent indeed.

Like so many small performance cars, the Citroën DS3 Racing feels compact and nimble. Steering feedback is unequivocal, if not quite as communicative as I was hoping for. The ride is uncompromisingly taut, but on the upside, you always know exactly what the car is doing!

The result is a hardcore hatchback that demands the full attention of the driver. This is not a car for wafters or boulevard cruisers. Instead, it’s a cut-and-thrust machine that needs to be piloted with authority and intent.

Trundle along in it, and the DS3 Racing feels crashy and awkward. And long distances at constant speeds don’t suit its point-and-squirt character, either.

No sir, this is a car that’s been designed to slice through corners, to link apex with apex along the shortest possible path, to brake as late as possible and to wield all that power with the finesse of a rapier.

Push too hard, and wheel spin and understeer will be your only reward. But approach the DS3 Racing with skill and intent, and you’ll be quicker than many a so-called thoroughbred sports car.

All of this suggests that this pocket rocket‘s talents are focussed on the kind of driving more usually associated with racing circuits and rally stages than road use. But then, it was developed by a racing team – and it makes no secret of its motorsport DNA.

There are a lot of reasons to like the Citroën DS3 Racing. It’s loud and unruly, with little regard for political correctness. It demands to be driven with gusto, and it richly rewards drivers prepared to seek out and push the limits.

Those characteristics also mean that the DS3 Racing is not for everyone. But petrolheads with a passion for performance and an appreciation for a race-fettled, limited-edition hatchback with loads of urge and personality, may just find this French flyer worth the R400,000 asking price. DM