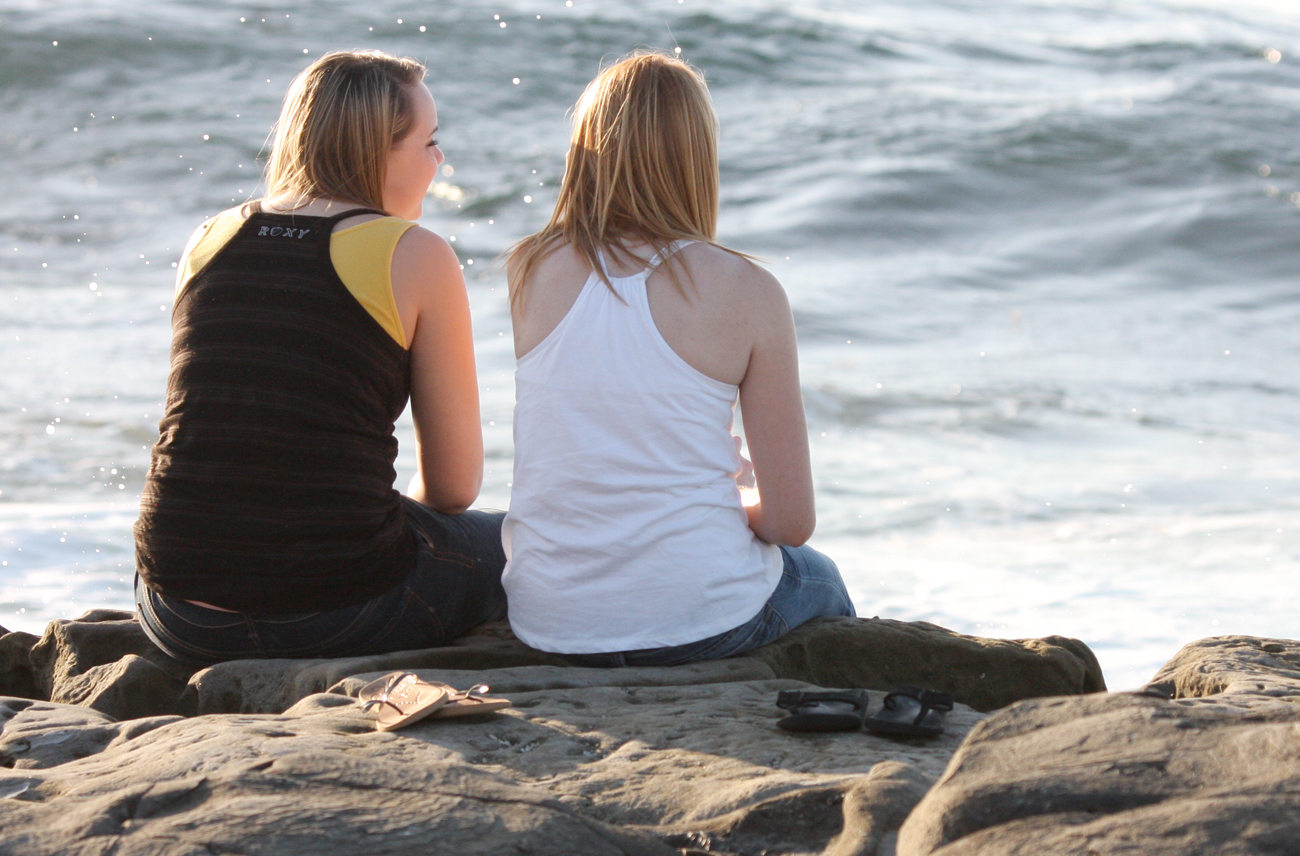 Boet, you’re not gonna smaak this kak. Listen Chines – the boffins are now telling us that chicks – cherries, bru! – invent all the words that make us different from the Australians. What’s a bru to do? Eish. By RICHARD POPLAK.

Teenage girls get short shrift. They are mocked for their habits of dress, their excessive moodiness, and their ridic speech patterns. Turns out, those speech patterns may actually travel up the cultural nervous system and infect us all. It takes a while, but the truth may be as cruel as this: you, Mr Highfallutin CEO, talk like a teenage girl in Los Angeles circa the 80s.

A new linguistic study undertaken at Stamford reveals that vocal and linguistic trends – think the dreaded Valley Girl “uptalk” or slang like “ridic” (see above) – find purchase among the teenage girl set, and they drive it into the culture at large. Their means of dissemination is myriad and manifest: television shows, movies, the Internet. Where a vocal trend or a slang word once took years to become a cultural stalwart, now a meme can take an afternoon to roost in your skull.

First, a word on vocal trends. The study cited the example of “uptalk”, the Valley Girl tendency to end every sentence on a high note, like it’s a question??? This was once used as a signifier that a young lady was from Los Angeles; now, it could just as easily mean she’s from Khayelitsha. And not just young ladies. Uptalk has become so ubiquitous that it is almost a hallmark of speaking modern English. There’s no data on how this relates to South African uptalkers, and whether our local version of the question/sentence has been bequeathed to us by teenage girls in LA, but it seems likely. Even in the bad old days, we were not under-mediated. Episodes of Diff’rent Strokes taught us to talk like girls.

Specifically, the Stanford researchers were investigating a trend called “vocal fry.” This describes the tendency for young women to insert a rasp or a croak at the end of the sentence. The phenomenon, also known as “creaky voice”, has been on the March since 2003 – we find examples smeared over reality TV, courtesy of the likes of the Kardashians.

A boffin named Barry Pennock-Speck, a linguist at the University of Valencia, was brave enough to examine the oeuvre of the actresses Reese Witherspoon and Gwyneth Paltrow. When they play contemporary characters in an American setting, both women used vocal fry. When they portray Brits in period pieces, they don’t. In other words, in order to play modern gal, they used an up-and-coming vocal trend specific to young women, but destined to enter the culture at large.

The question is why, and also: why does it matter? What these studies confirm is that females develop faster than their male peers, something that anyone who enters a high school can agree with. Uptalk and vocal fry or the incessant intoning of “like”, far from being markers of, like, insecurity or stupidity, are instead tools in complex social power games.

It could be that women are “more sensitive to social interactions”, and this is what makes them a vector for linguistic evolution – or devolution, depending on how you look at these things. Other reasons include the fact that vocal flamboyance is an understated means of rebellion against a culture that, at least in the olden days, expected girls to act like ladies.

And as it happens, research has shown that uptalk came to the Valley Girls by way of our Australian cousins. We can probably thank Neighbours for that particular offense, among others. But our highly mediated world spreads these trends all over the globe, across the age and race and gender. In many respects, tracing the origin and spread of vocal and linguistic trends is a means of finding the chink in the Tower of Babel’s foundations. Increasingly, American English is becoming a global lingua franca – more people are learning English in China than there are Americans. They, too, will learn to inflect and socialise from Reese Witherspoon and Gwyneth Paltrow, who have learned in turn from the girls of the Valley.

As for the Joburg breker, he can rest safe for now. Other studies have shown that slang in closed societies – like prison or the Navy or the northern suburbs – is created for different reasons. It’s not that we talk like girls, it’s just that girls might have talked like this first. DM

Photo: Girls are the forerunners when it comes to the invention of words. http://www.flickr.com/photos/nathaninsandiego/.