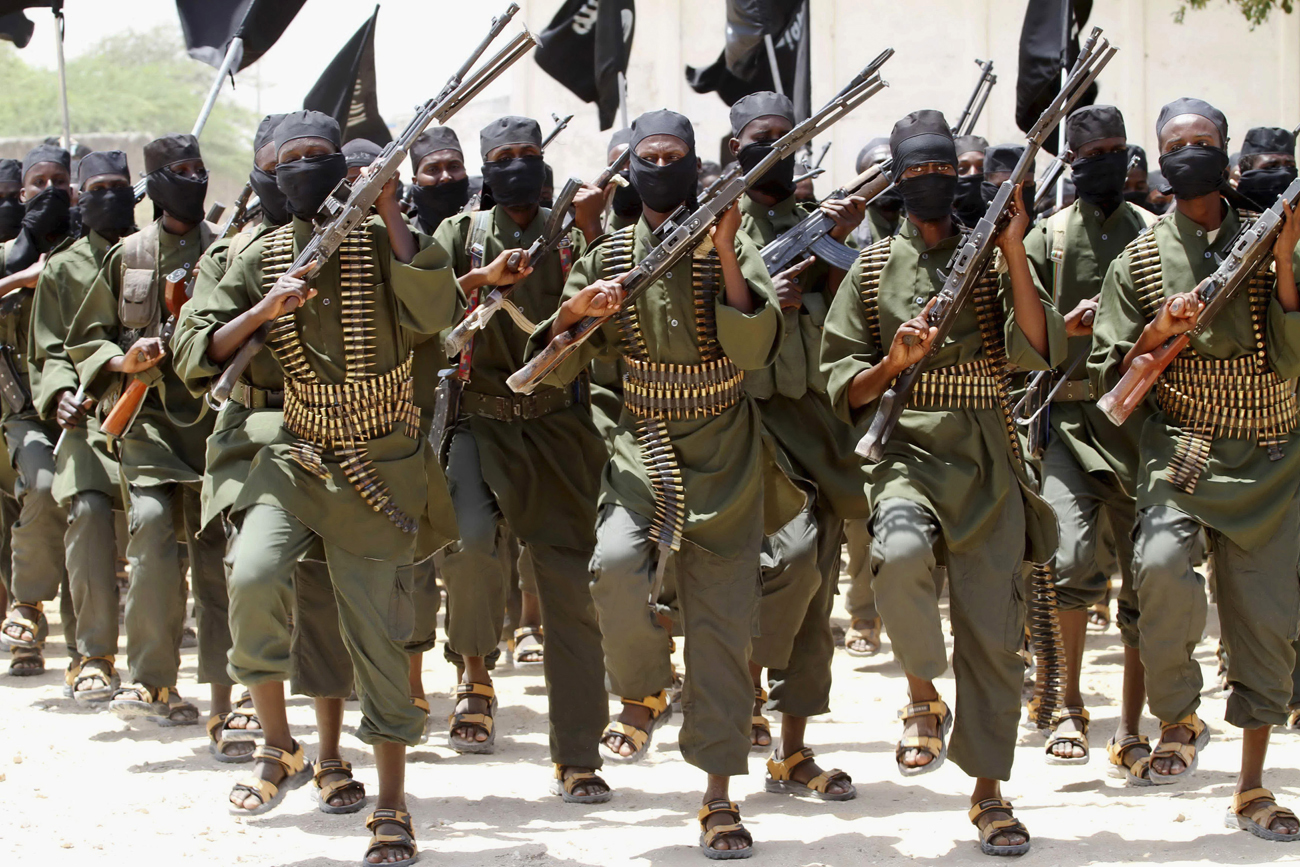 So Al Shabaab and al Qaeda have finally formalised their cosy little arrangement. Uncomfortable perhaps with all the flirting and co-habiting that was going on – a decidedly un-Islamic state of affairs – the two Islamist militant groups, sealed the deal in true terrorist fashion: with an online video. By SIMON ALLISON.

First up was al Qaeda chief Ayman Al-Zawahiri, the man who replaced Osama bin Laden, but who had been really running the show for years anyway. “I will break the good news to our Islamic nation, which will… annoy the crusaders, and it is that the Shabaab movement in Somalia has joined al Qaeda,” Zawahiri said. “The jihadist movement is growing and spreading within its Muslim nation despite facing the fiercest crusade campaign in history by the West.”

The Al Shabaab leader, known as Godane, shared his vows next: “O our beloved Emir,” he said, addressing Zawahiri. “We give allegiance to you to follow the book of Allah and the Sunnah of his Messenger, to listen and obey in good and bad, to have altruism and not dispute with people in their fields…”

While this all sounds very friendly, the renewed allegiance comes not from a position of strength, but in response to two different political developments that are putting unprecedented pressure on the militant groups. Both al Qaeda and Al Shabaab are finding it difficult to maintain the home front. Al Qaeda proper, based largely in Afghanistan, has been pinned back by intense American and international pressure. It is fighting to survive and is nowhere near as strong as in the years immediately after 9/11. So it is seeking to strengthen ties with all its franchise operations – al Qaeda in the Arabian Peninsula (primarily based in Yemen), al Qaeda in the Islamic Maghreb (Algeria, Mali, Mauritania), and Al Shabaab (Somalia).

Al Shabaab itself is struggling to cope with a threeway onslaught of invading armies: the Kenyans coming from the south, the Ethiopians pushing from the west, and the African Union force making some headway from the north. It needs a confidence boost, and a new message to sell to would-be recruits – its leadership is gambling (another un-Islamic activity) that al Qaeda is a big enough drawcard to maintain its popularity. Join Al Shabaab, runs the sales pitch, and get a free al Qaeda membership too.

But not all of Al Shabaab’s leaders will be happy with this development. There is a definite schism in the group between the ideological jihadists who are fighting on principle and the nationalists, fighting to protect their lands and people in Somalia. These motivations are very different and as the pressure has increased on Al Shabaab, these divisions have sharpened. Godane is definitely of the ideological jihadist camp, and his professed devotion to al Qaeda might be a way to cement his perspective in the broader group.

On a practical level, the al Qaeda-Al Shabaab unification should have little impact. There has been cooperation between the two groups for at least three years, and some exchange of personnel. Foreign fighters working for Al Shabaab are generally presumed to have originated from or through al Qaeda, and estimates of their number vary from around 200 to as much as 1,000. This is unlikely to be boosted unduly in the near future. If anything, some reports indicate foreign fighters are fleeing into Yemen as Somalia becomes just a little too hot to handle.

It’s a PR move, this formal alliance, and a good one – costing neither organisation anything while making both groups seem a little scarier than they actually are. But the timing of the announcement is perhaps a more telling indication of their current strengths – and just how worried they are that the “crusaders” have the upper hand at the moment. DM