Dickens at 200: The man who made Christmas and influenc...

Dickens at 200: The man who made Christmas and influenced Karl Marx 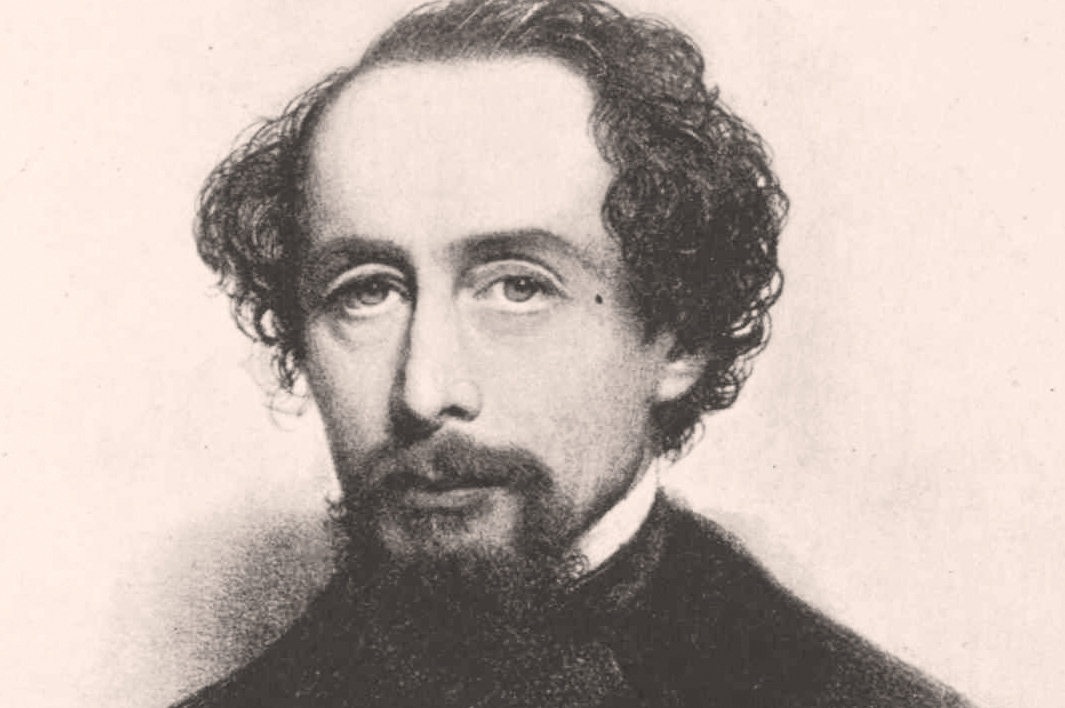 Charles Dickens would have been 200 years old today. His books, critics across the English-speaking world are noting, are as relevant in 2012 as they were in 19th Century England. From themes of capitalism’s evils to the kernel of Christmas cheer, the author seems to have left the biggest mark of anyone since Shakespeare. By KEVIN BLOOM.

It’s a question for a literary parlour game, the kind Salman Rushdie, Martin Amis and Christopher Hitchens et al used to play over jugs of wine in smoky London restaurants (although at that table, admittedly, the question may have gotten the asker laughed out of the room): whose influence has been the greater, James Joyce or Charles Dickens? If the company responding knows enough to appreciate the comparison, but not too much to rubbish same, a debate might ensue. Which author has had the most phrases enter the English language? (Joyce, “snotgreen sea”; Dickens “bah humbug!”). Which author’s name has become the most-used adjective? (Joycean versus Dickensian). Which author has been the source of the most influential international holiday?

Arguably, it would be the last question that would act as the clincher. For while 16 June, the day on which the novel Ulysses took place in 1904, is celebrated in many parts of Europe and the United States as Bloomsday, it doesn’t come close to the holiday Dickens is accused of inventing: our modern-day Christmas.

Prior to the appearance of Dickens’s A Christmas Carol, historians have noted, the holiday was a solemn affair, characterised by long church services and pious devotion. But after 1943, when all of Britain and much of the English-speaking world had become enthralled by the tale of Ebenezer Scrooge and the ghosts of Christmas past, present and future – the book, incidentally, became an instant best-seller and has never been out of print – things started to change. Christmas in Europe and America would henceforth be a festival of family, merriment and charity.

Which is not to say that there hadn’t been a mild revival of Christmas carols in Victorian England for a few years already, or to ignore the fact that Victoria’s husband Alfred had brought the Christmas tree to England in 1841. It’s just to say that without Dickens’s novel, it’s almost certain the contemporary Christmas message – the presents, the cheer, the fellow-feeling – wouldn’t have become an industry.

And herein lies the rub. Because A Christmas Carol is, above all, one of the most incisive and lasting critiques of industrial capitalism that English literature has ever produced. The ghost of Jacob Marley, Scrooge’s deceased business partner, with a face that’s dismally lit “like a bad lobster in a dark cellar”, represents in the text the embodiment of everything that a lifetime of “miserliness” reaps: venality, isolation, grasping despair. Of course Scrooge mends his ways and saves himself from the same fate as Marley, but that doesn’t detract from the point Dickens intended to make. It’s all there in the remarkable preface, somehow gentle at first reading and increasingly frightening with each reading that follows: “I have endeavoured in this Ghostly little book, to raise the Ghost of an Idea, which shall not put my readers out of humour with themselves, with each other, with the season, or with me. May it haunt their houses pleasantly, and no one wish to lay it.”

Dickens, who as a young boy saw his father sent to debtor’s prison and intimately knew the degradations of poverty, was under no personal illusions that such a ‘haunting’ could be pleasant. The themes of abundance and scarcity, class and corruption, politics and morality can be found in all his major works. In Bleak House, where one of the central characters is involved in corporate litigation, the ‘system’ is portrayed as a cold unfeeling thing that shreds to pieces everybody who doesn’t know either how to work it or how to avoid it; in Oliver Twist, the children of the lower castes are painted as virtual prisoners of a subjugation machine; in Hard Times, the working conditions of the factories in the industrial towns of Manchester and Preston are evoked in scenes so essentially shocking and realist that the book is said to have had a profound effect on Karl Marx (and, as above, to have given rise to the descriptive term Dickensian).

So today, on the occasion of the 200th anniversary of his birth, there’s a lot that Dickens would recognise in the modern world. As Claire Tomalin, amongst the latest in a long list of biographers, has written directly to the author’s ghost in the Guardian: “But you would see the same gulf between the rich, at ease enjoying their money and power, and the poor, relying on out-of-date food thrown out by supermarkets and food parcels from charities, and fearing for their jobs. And since you were obsessively interested in prisons all your life, you might be daunted by the huge increase in our prisons and number of prisoners.

“A glance at the newspapers would tell you that your crooked financier, Mr. Merdle, has many successors, and that Lord Decimus Tite Barnacle and his Etonian friends and relations are still running things.” DM